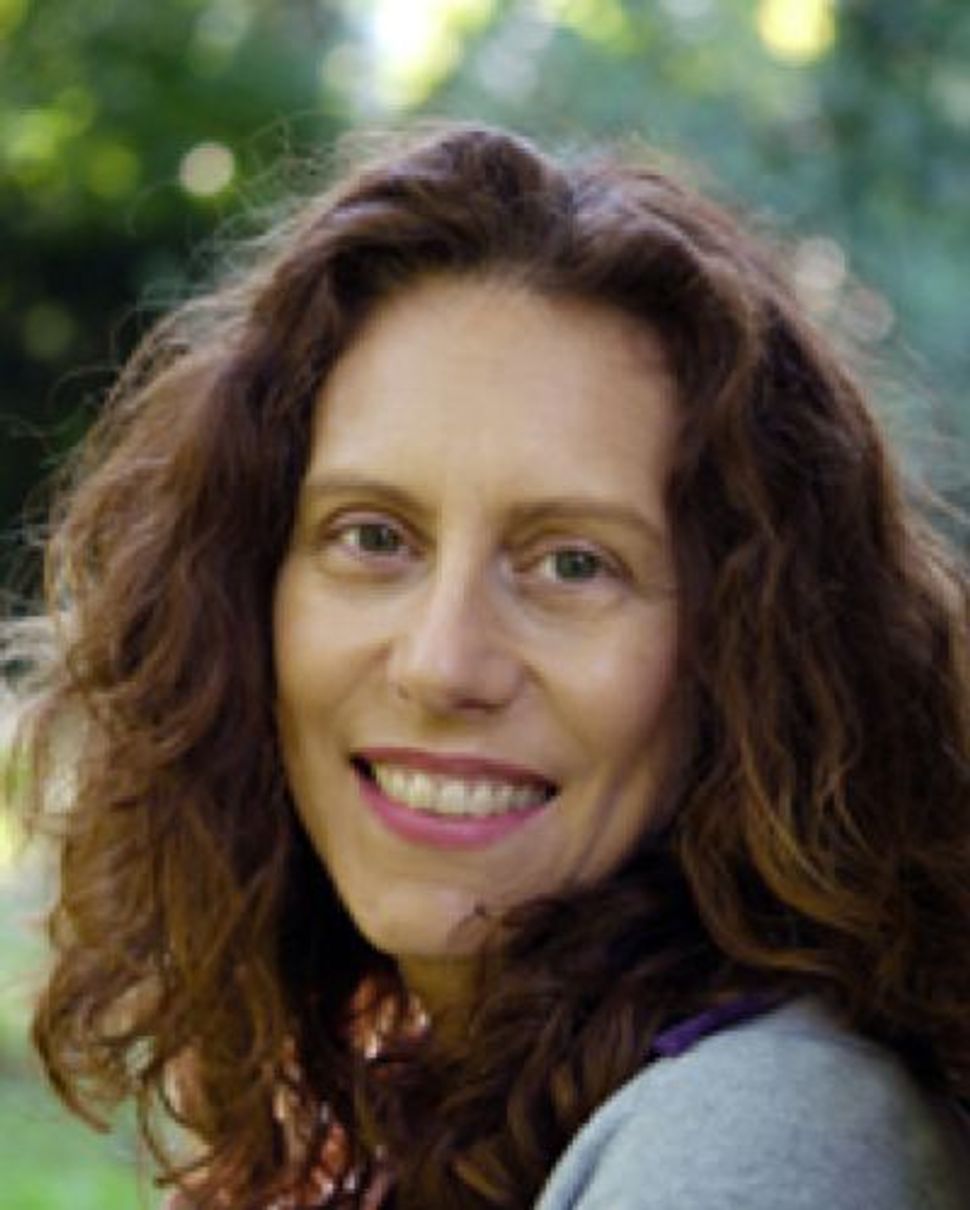 Myriam Halberstam had very personal reasons for establishing Ariella Books, the first post-Holocaust Jewish children’s book publishing company in Germany, in the spring of 2010. The German-American documentary filmmaker and children’s book author and editor simply could not find any decent German-language Jewish children’s books for her two young daughters, who are growing up in Berlin.

“A Horse for Hanukkah,” the company’s first title, came out in German and English versions for the German market in time for the winter holiday season last year, and it sold very well.

Written by Halberstam and illustrated by American book artist Nancy Cote, it is a story about a girl who wants a horse for Hanukkah but comes to regret her wish when the Hebrew-speaking horse creates havoc during her family’s holiday celebrations. The book will be available this fall in both Germany and the U.S. A second title, a German translation of Leah Goldberg’s Israeli children’s classic “Dirah L’haskir” (Apartment For Rent) is due out in October in time for the 100th anniversary of the author’s birth.

Halberstam recently spoke with The Sisterhood about growing up in Germany, children’s book publishing, and raising Jewish children in Berlin.

Renee Ghert-Zand: What was it like growing up in post-WWII Germany, and why did you return to Germany after going to college in New York and then living and working in Tel Aviv for six years?

Myriam Halberstam: I was born in New York, and when I was 6 weeks old, my mother and I returned to Germany to meet up with my dad. They wanted me to be born in New York so that I would have U.S. citizenship. My father, who is from an Orthodox rabbinic family, had been in post-war Germany with the U.S. military when he met my mother, who is German (and who converted to Judaism). They decided to stay in Germany, but wanted my brothers and me to go to college in the U.S. and then settle there.

I grew up in Wiesbaden, near Frankfurt, but we mainly associated with the American military community there. There were only about five other Jewish youngsters in our town. We were active in the Zionist youth movement in Frankfurt and went to summer camp in Israel.

I was hooked, so when I finished college in New York, I went to live in Tel Aviv, where I worked in journalism and theater. I came back to Cologne to do a masters degree in film and television directing. In 1998, as I was beginning my career in making historical documentaries for television, I decided to move to Berlin because it had the largest Jewish community and was very happening, multicultural and international. I met my husband here, and now we are settled here with our children.

How did you end up starting Ariella Books?

I started writing children’s books four years ago. I started with a Passover book and I sent it to a very large publisher, Carlsen Verlag Hamburg, who liked it very much. I ended up editing a successful nine-book kindergarten-level series for them. It’s a multicultural series, with each book being about a holiday of a different ethnic community within Germany’s society. I also wrote three of the books in the series, and the project took three years.

I didn’t want to wait until three years to publish another Jewish book, so I opened my own publishing company. It originated out of my own need. I wanted to have books for my kids that are fun but have a Jewish background. There’s so little for Jewish kids here in Germany.

My goal is to foster and promote tolerance and respect for different cultures, especially in light of our recent heated debate here about immigration and integration. I want to do something to make people aware of the fact that multiculturalism is here to stay and that it is a positive thing.

What Jewish books have been available to kids in Germany up until now?

We had American books about Hanukkah and other holidays for kids, but I felt they didn’t respect the kids’ intellects. They were very didactic and shtetle-ic. They were not that modern, not that fun really. Some of them are downright silly.

Other than that, there really wasn’t much. People would orally translate English and Hebrew picture books into German as they read them to children. More recently, we’ve gotten German-language books that are published in the Orthodox community in Switzerland. My problem with those is that the pictures are not by gifted illustrators.

There have been a lot of books about the Holocaust published for young people here in Germany. Enough has been done in that area, so I am not going to go in that direction.

Where can someone buy Jewish children’s books in Germany?

Unlike in America, they are not available in popular, mainstream bookstores. They are sold only in the Jewish bookstores in Munich and Berlin and in Jewish museum gift shops. Or you order them online. I was, however, able to get “A Horse for Hanukkah” into some small, alternative bookstores.

What are the challenges and benefits of raising Jewish children in Germany?

I don’t know if there is a benefit. The challenge is always you are a minority with a terrible past in this country, while at the same time you have to try and imbue your culture with something positive, with something life-embracing. The challenge is to make Judaism be something fun. I feel that is my mission, and it’s a harder one to take on here than in the U.S., where the traditions have been passed down and people don’t have to start from scratch.

Our girls go to the German-American JFK School, and they have Jewish religious studies there (religious studies are required at all German schools.) There are enough Jews here in Berlin that there is sort of a sense of Jewish normality here. That doesn’t happen in the rest of Germany.

I think my daughters might be the first generation since the war to really merge being Jewish and being German in a healthy way.

I never really felt German. I only have an American passport. We were always sitting on packed suitcases, while my kids say “We’re Berliners!” They’re German, they’re American, and they’re Jewish. But what they really are is “Berliner Jews.”