A New Space for Women in Crown Heights 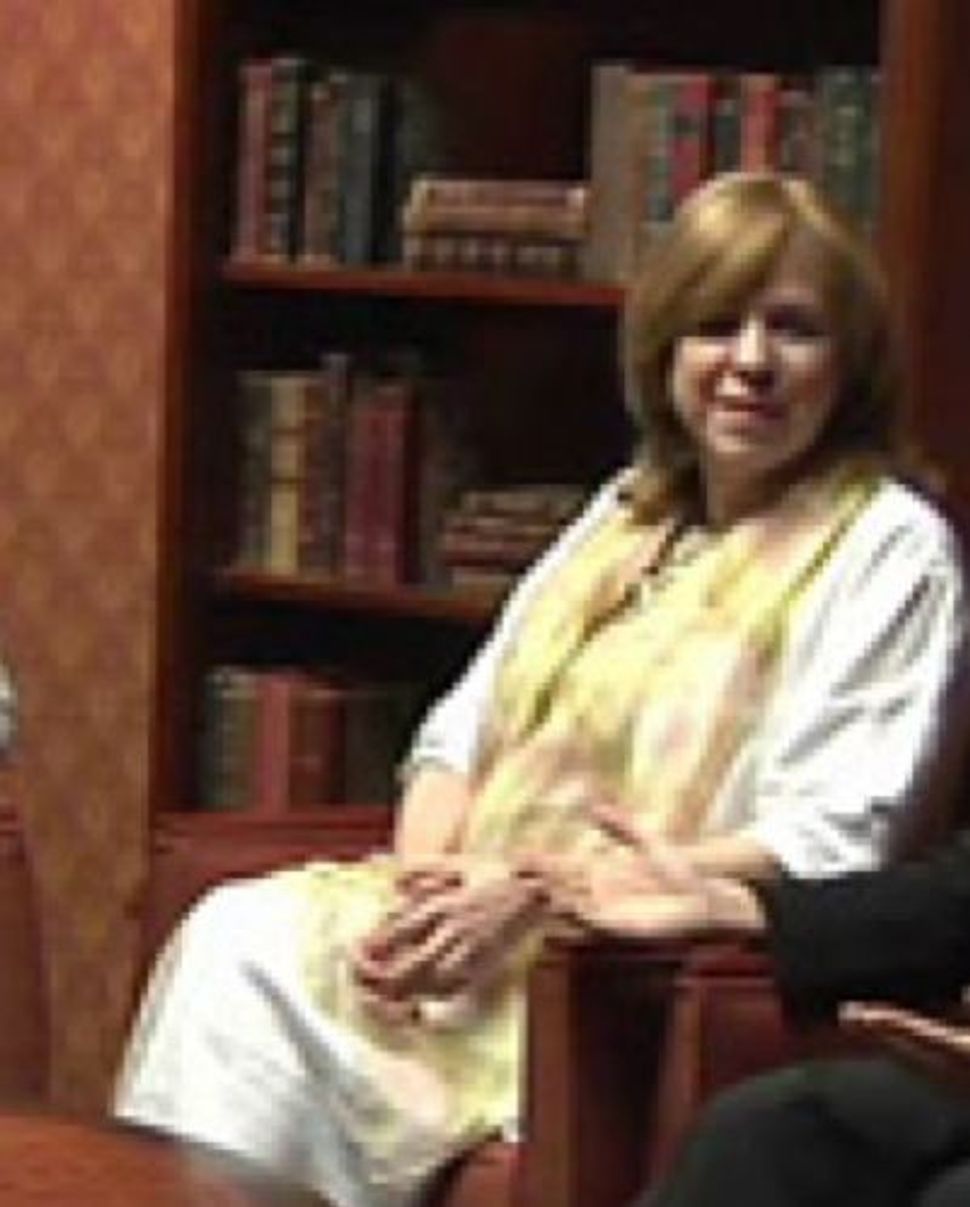 In a Hasidic community, where ritual life is separate for men and for women, there is lots of ‘women’s space,’ like their section at synagogue and at the mikvah. But recently there has been a new kind of space for women, one created by Bronya Shaffer. Bronya, a life-long adherent of the Lubavitcher rebbe and his teachings, is a renown teacher of brides-to-be and counselor to couples. I am lucky to be able to also call her my friend.

On the second night of Rosh Hashana this year she had a holiday meal dinner party bringing together an ever-changing group of her friends who are single. They range in age from their 40s to their 90s. Some are divorced or widowed, while others haven’t married. Some are frum (Orthodox) from birth, while others are ba’alei teshuva, or people who adopted observant life but weren’t raised that way. Some are professionals, others artists.

They are as eclectic a group as Bronya’s entire circle. She began the holiday meals in 2008, about a year after her husband, Gedalia, was killed by a drunk driver.

They had been married 38 years, and together had created a traditional home where they raised their 10 children and welcomed a steady stream of visitors from all over the world who came to both of them for advice and counsel on a wide range of matters. Holidays were celebrated the way they usually are in a religious home, with Gedalia leading the ritual aspects for his family. Well, maybe they were a little more interesting at the Shaffers’, where discussion would range from Hasidic thought to science and art and world affairs.

Passover in 2007 came just a few weeks after his death, and Bronya and their children went to her brother’s house. But after a lifetime of hosting seders, it just didn’t feel quite right to be someone else’s (even a family member’s) guest. The following year, as the holiday approached, they considered their options.

“We discussed what are we going to do? It’s never going to be like it was. Now what do we do? What we didn’t want to do is just be someplace.”

Bronya herself stayed home and invited some of her single friends over. When they asked, “who is going to lead, how will we do it?” Shaffer told them “we all will, we’ll figure it out.” Aside from the requisite ritual, “there were no rules,” she said. “it was a regular, traditional seder, but was adult-focused, decidedly not child-centered.”

When the evening came, Bronya took out the array of a dozen or so different haggadahs Gedalia had always spread before him at the seder table. For the first part of the evening, the women sat around small tables in her living room, reclining. Comfort was important. “I said, ‘No high heels allowed!’”

After the 3rd cup of wine, someone cracked an irreverent joke “and that was it,” Shaffer said. “At first I thought ‘I can’t let this happen!’ Then I saw just so much relief and release. We did everything we had to do, but after that I just let it go, the vibe would be what it would be.”

When Shavout came, seven weeks later, she gathered more of her friends together for an evening of learning. “Women were teaching and just connecting in a very deep and spiritual way to the things we were talking about.”

And suddenly, Bronya saw that this new space for women was a rare and precious thing, for her friends but also for her.

“All of my adult life, when we had guests, my husband and I were the hosts here, it was our home. It’s the first time in my life that I invited people to my home as a single woman. Part of the bond is that we’re all single Jewish women. I was never there before,” she said.

One of her guests later sent her a note saying, “I’ve loved being in so many different homes and families since I moved to Crown Heights, but [at Bronya’s] there was an experience of individuality that was so refreshing for me…in the company of only women, without any kind of ‘political’ statement to make for the whole world to pay attention…an atmosphere that was always the most pleasant and welcoming and warm in your family, and being in that same atmosphere when it’s only you as an individual, not as the wife and mother of the home……you an individual and me an individual and each one of us…an environment that was feminine and encouraging… women friends around the table talking about everything and anything…the seuda completed by a women’s mezuman [grace after meals] (a first for me, just like it was a first or you)….How did I feel? I felt open and at ease, comfortable in my surroundings and comfortable to be me…not about bashing anything, but about a group of friends having a yom tov meal together.”

For Bronya, creating these holiday meal gatherings has been transformative, helping her move from the sudden end of a vital chapter in her life to the next. This chapter is different, and not something she had ever hoped for, but something she continues to make a rich experience nonetheless.

“I wish this weren’t unusual, for women in all communities to feel free to celebrate yom tov in ways most satisfying to them. Jewish life is so family centered, but that’s not always the reality for people. True Yiddishkeit is about an individual and God.”

The day before Yom Kippur begins, she realizes she hasn’t yet done all the inviting for the Sukkot seudah she wants to host. It is sure to be another intimate evening of friendship, spirituality and fun. And at least for the moment, like no other women’s space in Crown Heights.

A New Space for Women in Crown Heights