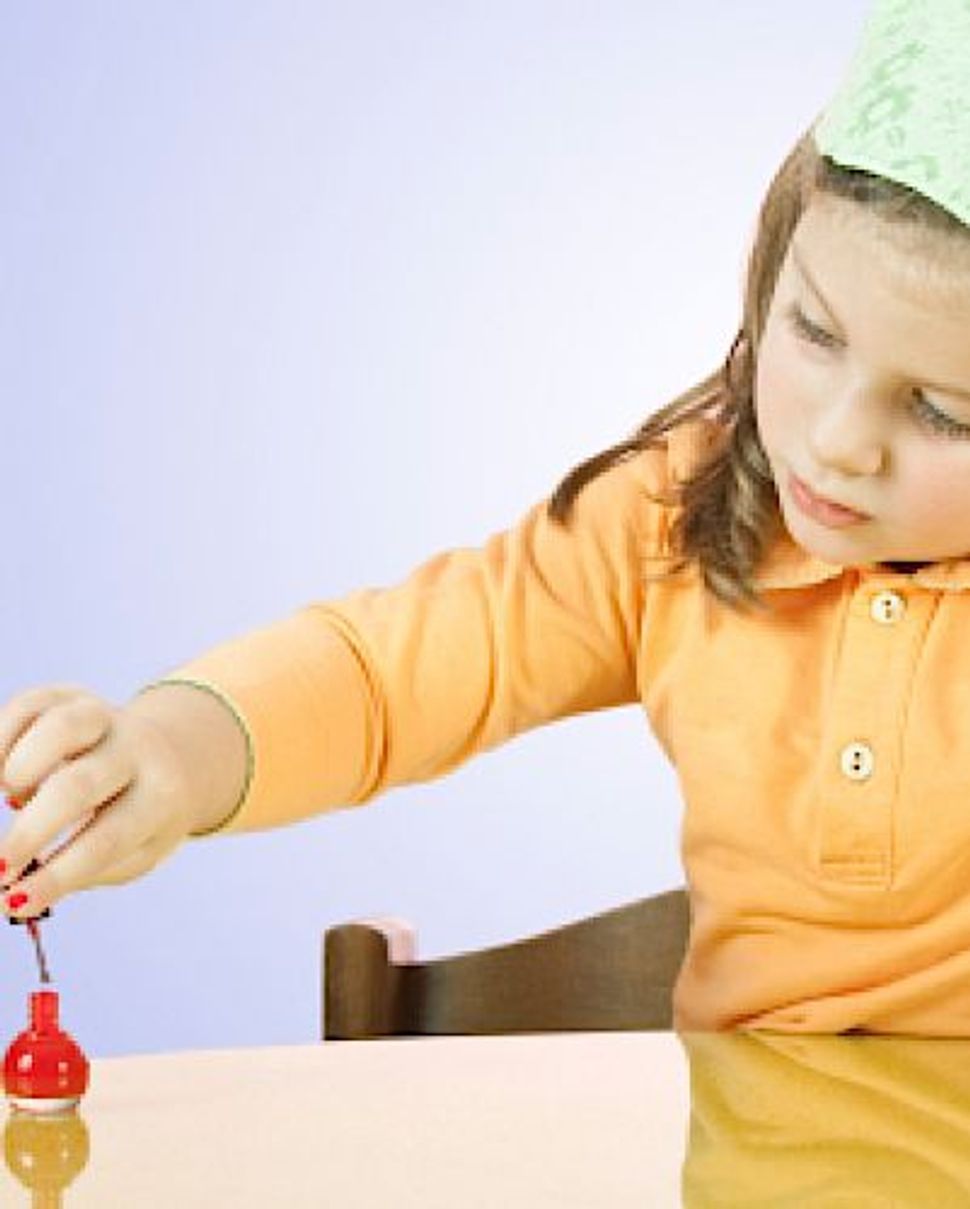 I had heard about “Midrash Manicures” before, but it didn’t really catch my attention until it hit the big time with this recent article in The New York Times.

The story was about Rabbi Yael Buechler’s weekly Manicures Midrash club for middle school students at the Solomon Schechter School of Westchester. Kids can opt to paint their nails instead of taking one of the other electives, like the glee club, a sports writing seminar or the math club. Rabbi Buechler teaches the girls — and they are not surprisingly all girls — the finer techniques of nail polishing, as well as Jewish texts and commentaries to inspire their midrashic designs.

Never have I been so torn about an innovative educational approach. As an experienced Jewish educator, I am always appreciative of new and creative ways to engage students in Torah study. It is clear that the nail painting in Rabbi Buechler’s class is a means to an important educational end. At the same time, I am somewhat uneasy with the manicure piece of this.

I ask myself why, given that I have always been a huge proponent of integrating Jewish texts and artistic expression. Indeed, I have spent large portions of my career in Jewish education doing such integration and trying to convince others of its merits. On a lighter note, I have always gotten a kick out of seeing fellow teachers come to school wearing brooches or earrings connected to the weekly Torah portion or the current Jewish holiday. They were always great conversation starters or lesson triggers, just as midrash manicures can be.

So what is it about the nail painting that bothers me? For one, I am not a huge fan of single-sex education, especially in Jewish schools. I am aware of the literature supporting the argument that girls (especially in middle school) learn better in single-sex environments. I realize that this is just a once-a-week club, but it is still an opportunity for text study. Jewish women have fought long and hard to study like men, and I feel strongly that co-ed learning should be maintained throughout the curriculum in egalitarian settings such as Conservative, Reform and community day schools. As a mother of boys, I think it is critical that my sons learn together with and benefit from the insights and perspectives of girls.

Next, the fact that the New York Times article mentioned that one boy expressed interest in the class but ended up not signing up for it, further makes me worry about gender segregation and sexual identity. There are very few middle school age boys who would dare show their faces in a nail painting class no matter how much the activity attracted them or what their nascent sexual orientation might be. It would be a somewhat different story if the club was about painting murals, creating graffiti, or even decorating coffee mugs with visual textual interpretations. The connecting of Torah study to a pursuit that is so gender-specific for the vast majority of people seems to me to be exclusionary.

Finally, it is also the issue of the implied sexualizing of Torah study. One could argue that painting nails is an act of hiddur mitzvah, of beautifying a commandment. Yes, the nails are surely beautiful (if done skillfully), but the general point of painting one’s nails is to draw attention to oneself — usually to attract the opposite sex. Sure, women say they get manicures for themselves, but I highly doubt they would feel the need for them if they lived in a world without men. I am fully aware that even preschoolers go to nails salons these days, but I wonder why schools should perpetuate this practice among girls.

There is plenty of time ahead for these students to grow into young women who paint their nails, if they so choose. In the meantime, I think their day school tuition and time might be better spent on text study and artistic expression done in other ways.

It could be that I am over-thinking this and making a mountain out of a manicure. Maybe I should just relax and go get my nails done.