Was Yesterday’s Rally Really About Gender? 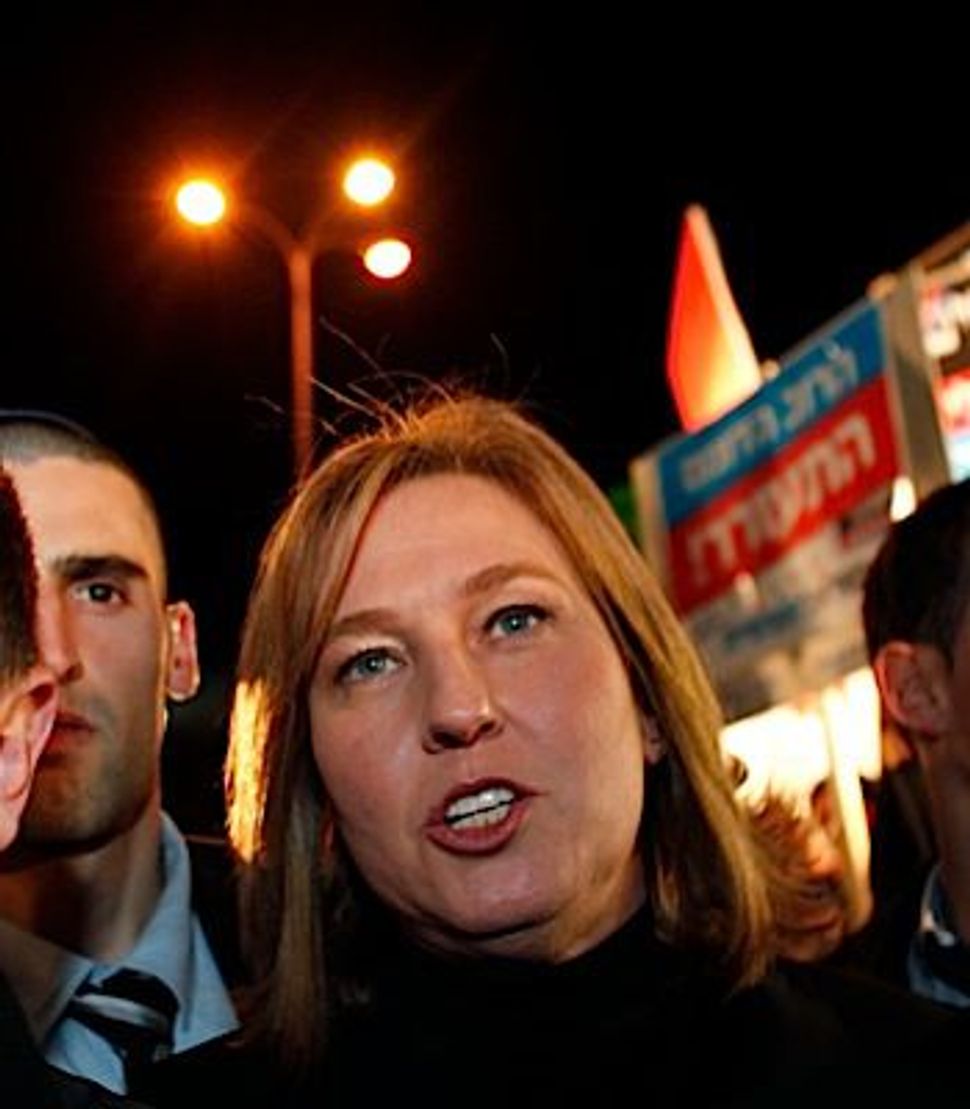 Last night, Israel’s first mass demonstration in protest of the increasing waves of Haredi violence against women took place in Beit Shemesh. It was a remarkable event, in its strength and diversity. There were speakers representing a range of organizations, Knesset members from five different political parties — including three women, two of whom are heads of their respective parties — and citizens religious and secular who have become symbols of the struggle against the removal of women from the public sphere. Yet, while history was being made, the event also raised some difficult questions, such as who the demonstrators are, what are they protesting, and to whom are they addressing their demands?

Part of the demonstration was undoubtedly local. Throughout the event, there were ongoing calls from the crowd for the Haredi Beit Shemesh Mayor Moshe Abutbul to resign. “You destroyed this city,” protesters called out during a speech he made about his intentions to put violent citizens behind bars. Several speakers and many signs referred to the current plans to build 30,000 new housing units exclusively for Haredim. There is no obvious gender issue in the housing plans, and the fact that this was a theme of the event suggests that many people came to protest the seeming Haredi take-over of the city, and blamed local and national politicians for that.

Another major theme of the event was a protest of religious extremism in Israel generally.

MK Tzipi Livni was probably the most outspoken about this, when she veered from gender altogether and started talking about “price tag” and recent settler violence against IDF soldiers. “People will ask, what’s the connection between all these issues?” she said, just as I was thinking the same thing. “I’ll tell you: We are fighting for the nature of our country, our democracy, our Judaism.”

This may be true, but it would have been nice for her to stay more focused on the gender issues — especially given the fact that Knesset Member Limor Livnat, the speaker who came after her, recently accused her of “just discovering women’s issues, only realizing now that she’s a woman when elections are imminent.” Livni was clearly trying to sound more like a future prime minister, producing a more rounded vision of Israel’s future.

Indeed, what the rally failed to do was to adequately address the real issue at hand — i.e., violence against women carried out by Haredim with, official or unofficial governmental sanction. Lili Ben-Ami, founder of the Lobby for Gender Equality, was live-blogging a gender-count of speakers. “First speaker, representative of [organizers] YIsrael Chofshit: A man. Second speaker: Beit Shemesh resident, a man. Third speakers, also from Yisrael Chofshit, a man. Emcee for the evening: a man. Waiting for a woman to speak.” The overwhelming majority of speakers, in fact, were male.

Interestingly, the first woman to speak was Hadassah Margolese, whose story about how her 8-year-old daughter was spat on while walking to school was the impetus for this entire event. She walked onto the stage with a man who spoke after her. Then, when the emcee invited Hadassah to light a Hanukkah candle, the man took the candle out of Hadassah’s hands, and made the blessing, as Ben-Ami noted.

Three more organizations were represented by male speakers, and a fourth man who started the Facebook page for the event also spoke. Then a man and a woman representing the citizens of Beit Shemesh were invited to the stage — the man grabbed the microphone and spoke, saying “Our women are the best!” And then the two walked off the stage before the woman uttered a word. Another male Beit Shemesh resident was called onto the stage and said, “The daughters of Israel are modest and they must not be harmed.”

Eventually, Knesset members Livni, Livnat and Yachimovich provided a female presence — and Yachimovich was notably the only person on stage to use the word “feminism” — but nevertheless the message came through loud and clear. “The event proves well that the exclusion of women is deeply rooted in Israeli society, in all its sectors,” Ben-Ami concluded. I agree.

It seems to me that many people currently expressing outrage are not necessarily defending equal rights for women. There is a lot of anti-religious sentiment driving much of this, an awakening of an Israeli secularism that is less ideological and more fed-up with religious coercion. The Ynet reporter covering the event even called it the “Protest against religious coercion,” and not the protest against violence against women.

Even feminist MK Zehava Galon disappointed as she wrote on her Facebook page, “I am returning from the big rally in Beit Shemesh, where the public is starting to understand that if Israel won’t be secular, it also won’t be democratic.” Really? This is the message from an event purportedly about the rights of religious girls to go to school without violence? An Israel without any religion? That is not helpful at all. And once again, it leaves women stranded on the side of the road.

It is very unclear whether this entire protest movement in its current form is against people or policy, against Haredim or against a government that gives Haredim unlimited power and money. I think the organizers aren’t sure themselves whether the focus here is culture or politics, religion or governmental funding. And thus it’s unclear whether the goal is legislation and enforcement, or simply igniting a civil war. Both are equally possible outcomes.

Meanwhile, it feels to me like once again women are being used and manipulated to serve the needs of men. Men are taking ownership of the fight against violence against women in order to advance their own agendas while failing to address the real questions about where such violence comes from. All the men who spoke last night should be looking at their own camps and how they themselves have been treating women — even at this rally.

Was Yesterday’s Rally Really About Gender?