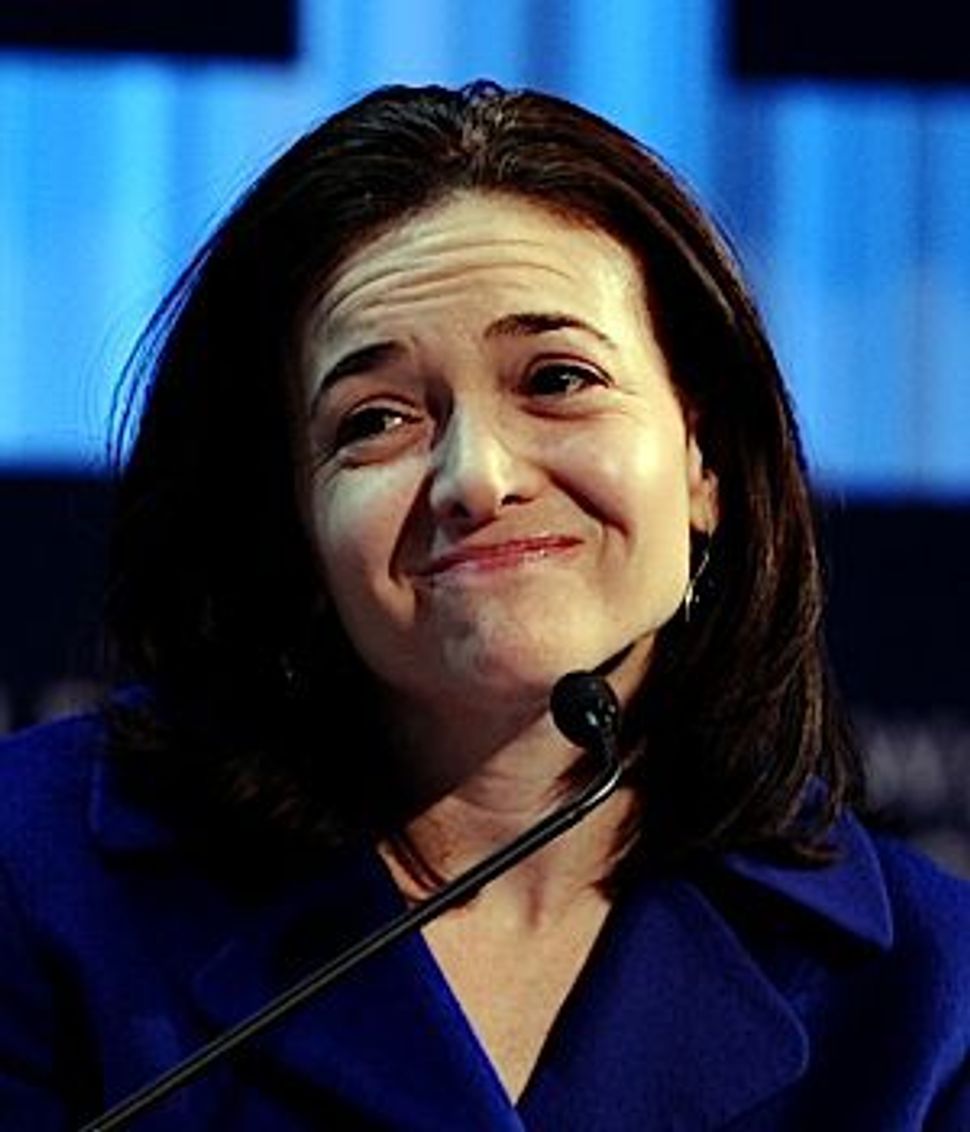 Facebook COO Sheryl Sandberg has come out of the closet. No, not that closet, but rather the one in which she’s been hiding the fact that she leaves the office each day at 5:30 p.m. so she can have dinner with her children.

In this new video, Sandberg says that she wasn’t confident enough, until the last year or two, to admit that she leaves at a reasonable hour in order to attend to her family life. It’s amazing that even a woman as powerful as Sandberg has felt a sense of shame about it, as if she wasn’t working hard enough, though as she says in this article, clearly she is working at all hours: “I feel guilty when my son says, ‘Mommy, put down the BlackBerry, talk to me’ and that happens far too often.”

Nothing is as powerful an influence on changing a culture than seeing people in power illustrate values like this.

I remember the first time I saw a rabbi who is also a father holding his baby on the bimah. It was Rabbi Brad Artson, who is the father of twins. He was at a conference and had one in each arm. It struck me as a more powerful influencer of change than a dozen statements issued by advocates for female rabbis urging updated expectations for work-life balance.

So kudos to Sandberg for modeling the closest thing to work-life balance that this economy will tolerate. Hopefully more powerful executives — male and female — will soon publicly do the same.