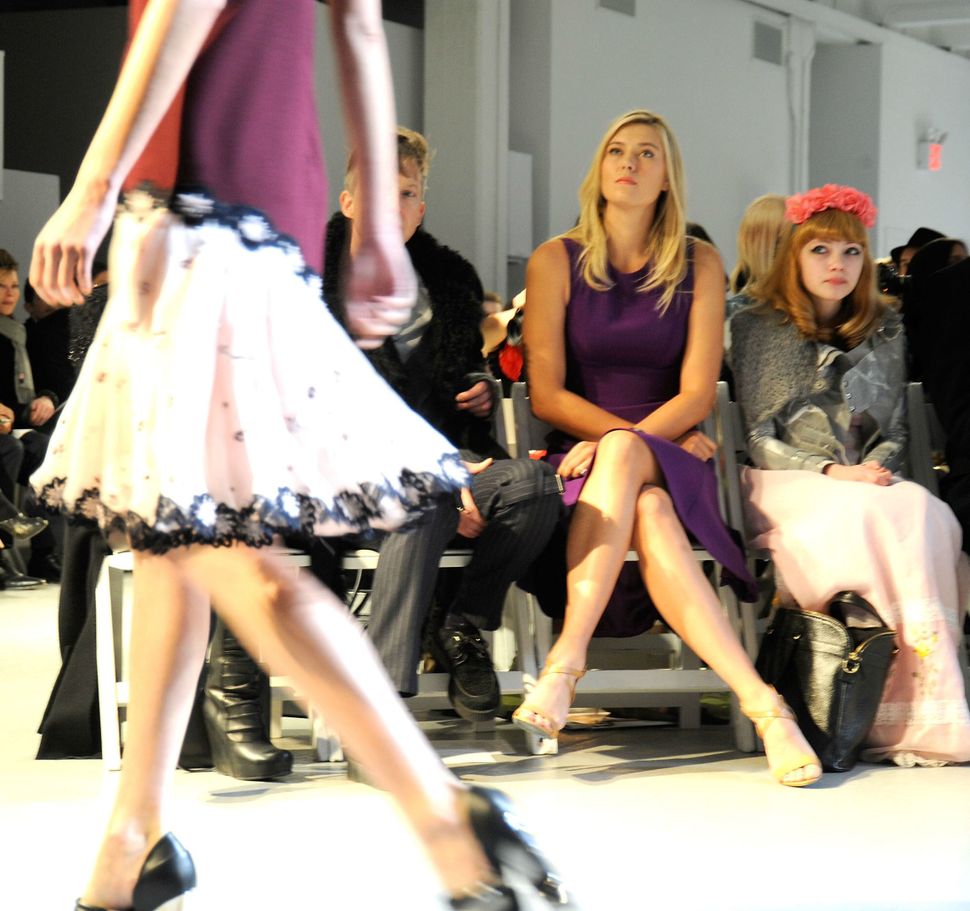 Tavi Gevinson is cool. Really cool. There’s no denying it. Only 16, she started a popular fashion blog at age 11, now runs Rookie, an online magazine with a readership of 1 million inspired by the ‘90’s alt-chick bible Sassy, and has been profiled by the New York Times Sunday Magazine, the New York Times style section and the New Yorker. She has sat front row at fashion shows, appeared on the covers of alternative magazines like Pop and Bust, and she also just got cast in the new movie from indie director Nicole Holofcener (“Please Give” and “Lovely and Amazing”).

I like Tavi, I do. I think she really truly has great style, and I like how seamlessly she navigates being a feminist and a fashion icon. And Rookie is a great magazine, filled with confident and funny young female voices, and — and! — her mom weaves Judaica-inspired tapestries and her dad is a retired English teacher. I mean, the girl is totally unimpeachable.

But, and there is but, I just don’t find Tavi as truly alternative despite the endless praise she receives for being so. As much as she might adore Angela Chase from “My So-Called Life” and MTV’s “Daria,” and is nostalgic for ’90s ennui in general (me too! me too!), there is a big difference between an insider like Tavi, who rubs elbows with Anna Wintour and gets advice from Sofia Coppola, and the outsider types that fueled ’90s teenage rebellion. Trust me, I was there.

I was 11 years old when the ’90s began, and 21 when they ended. Those are pretty big years in the life of a young woman, and having lived them then I can say with authority that Tavi is no Angela Chase, or Liz Phair, or even Sarah McLachlan. These women — whether through boxy flannels, bawdy sex talk, smeared make-up, pre-yoga era channeling of goddess power or, more simply, unshaved armpits — challenged the conventions of the fashion establishment and prevailing definitions of femininity. They weren’t part of them.

Back in my Los Angeles high school (years 1993-97), the goal of most young women was to appear original, edgy and a bit introspective. Not cute or pretty. If they were going for sexy it was in a raw Courtney Love “try me” kind of way — ripped vintage lace slip tops paired with used 501s.

While Tavi appears way more sophisticated than, say, a Miley Cyrus or Taylor Swift, she is still embedded and supported by a web of privilege that original ’90s gals rebelled against. I suppose she is the Kardashian era’s answer to alternative, roughing up the waters a little, but in the end there are no hair extensions, 5-inch heels or calculated sexy pouts being thrown overboard.

It makes me sad to be old enough to even be thinking along these “kids today!” lines, but within Tavi’s worldview there is little being shaken-up. Of course, there are awesome young women today advocating for real change, but they are hardly the pop cultural norm as they were back in the day. (Laugh all you want, but the all-lady music festival Lilith Fair was both totally radical and somewhat mainstream. And those artists that played in it could make a real living from their music without doing a single pole-dancing routine in their music videos.)

When I read about Tavi’s followers, I see nice young ladies who are definitely doing the best they can in terms of teen icons in a world of ” Gossip Girl,” Lindsay Lohan and “Jersey Shore.” But I would be lying if I said I didn’t want more for today’s young women. And by more I mean a real evaluation of the forces working against girls and the feeling that even if they can’t really change them, they can at least reject them. That is how us ’90s girls played it, and looking back, I think it did us pretty good.