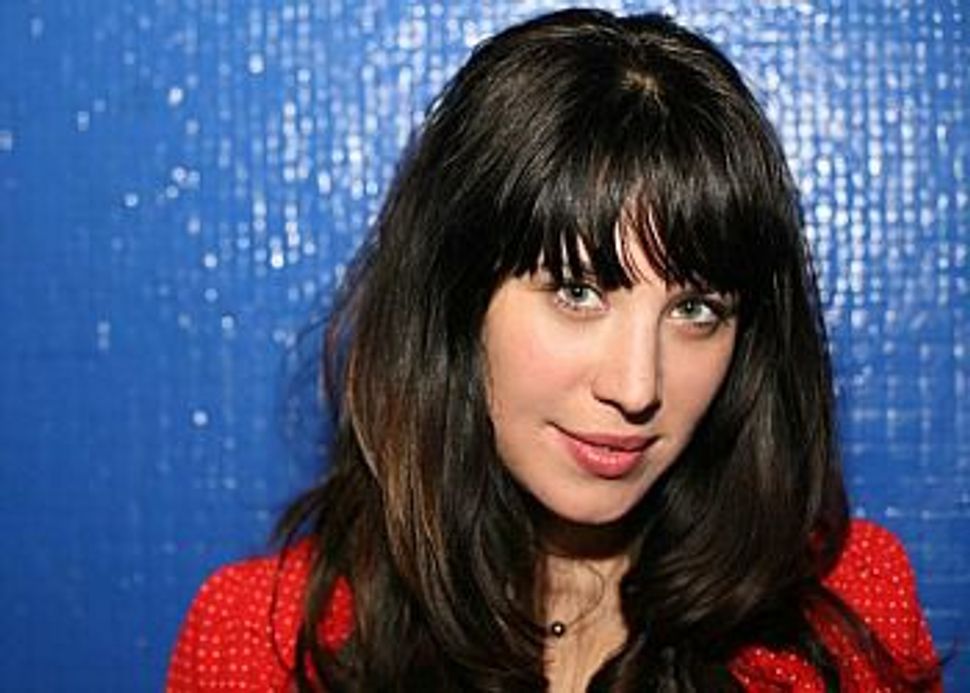 When my mother retired not long ago, I suggested she join Twitter. “You’ll love it,” I insisted. “It’ll make you laugh.” She gave it a go, but claims that only old standbys like Albert Brooks and The Daily Show’s Twitter accounts crack her up reliably. Far be it from me to defend Twitter’s raison d’etre to my mother, but I know there are plenty of Jewish comediennes slinging 140-character giggle-inducing barbs on a daily basis. Even better, discovering some of these like-minded women through Twitter has led me to hilarious books, cartoons, articles and stand-up routines.

What follows is a list of witty female Jewish writers and comics whose tweets often make me (and perhaps, you, mom?) smile knowingly. You won’t find mainstream funny girls like Sarah Silverman, Rachel Dratch or Lena Dunham here; the Jewesses on this list are tweeting under the radar. And while they may not tweet exclusively about Jewish women’s issues, I love it when they do.

If you didn’t know Rachael Shukert before, you probably do now, thanks to “Yiddish Curses for Republican Jews”. Shukert and her husband, Ben Abramowitz, outed themselves as the creators behind the project last month. But she has also defined herself as a humor columnist at Tablet and an able memoirist in two books, “Have You No Shame?” and “Everything Is Going To Be Great.” In the first, she relives her childhood as a Holocaust-obsessed musical theater geek in Omaha, NE.

Sample Tweet: “I read part of 50 Shades of Grey and for some horrible reason I kept picturing Mark Zuckerberg so I had to stop.”

I found Esther Werdiger’s Twitter account via her poignant and hilarious two-year-old comic series “The League of Ordinary Ladies” about her daily life as an Australian ex-pat in Jerusalem. Topics inked in simple line drawings include her Hamentashen recipe (“ugly Hamentashen, too, have charm”), and her grandmother’s dating advice doled out via speech bubbles over several frames (“If you’re in a relationship that isn’t good for you, break up with that person, go to therapy, find out who you are, and then find the right person.”).

Sample Tweet: “‘Don’t show a man your whole bum. Just half.’-Yiddish proverb, told to me by my mother, just now, by the pool in Palm Springs.”

Rose Surnow is a stand-up comic and essayist who mines her life for topics like Birthright Israel sexcapades, the popularity of nose jobs in high school and the social angst of the Bat Mitzvah. She’s a Los Angeles native living in Brooklyn, and her sense of humor seems to have been born from that perspective.

Sample Tweet: Can someone write a song called “Sittin’ Shiva” to the tune of “Makin’ Whoopee?” Thanks!

As an editor at Thought Catalog, the prolific Dunn helps bring the essays of emotional and quasi-intellectual hipsters to the Internet. Her writing is always biting, sensitive and humorous — especially when she touches on how her orthodox upbringing affects her dating life. If you live in New York, you can watch her stand up and improv acts.

Sample Tweet: The FBI should hire my grandmother to do interrogations. Or really, all Jewish grandmothers.

Sara Barron teaches comedy writing and penned a funny memoir, “People Are Unappealing: Even Me.” She also participated in a comedy troupe called “Good Jewish Girls Gone Bad.” But if you want regular dosages of her brand of awkward dating stories, best to check in regularly at the Howaboutwe.com blog, where she divulges a long history of cringe- and cackle-inducing stories.

Sample Tweet: Perhaps I could make “Sophie’s-choose” a verb. Like, “You can’t possibly expect me to Sophie’s-choose between the steak and the lobster.”

Emmy Blotnick blogs for “Late Night with Jimmy Fallon” but also does her own stand-up, sketch comedy and improv shows. She may be under 25 years old, but her comic sensibility might out-neurosis her 30-something contemporaries.