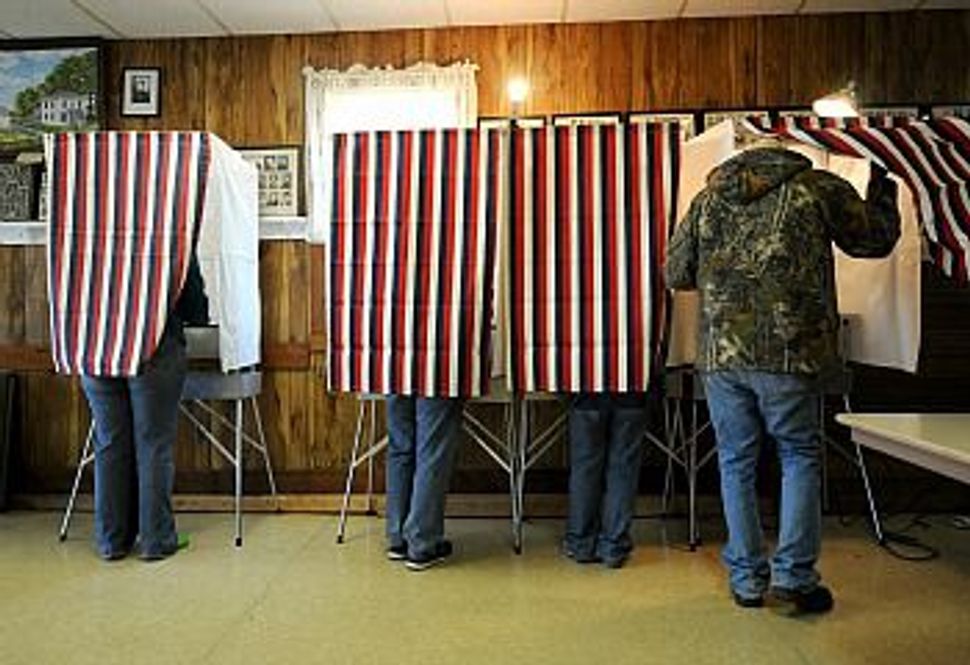 Tonight, as we bite our nails waiting for the election results to come in, it feels to me like there’s more at stake than just the vital policy issues I blogged about this morning.

Also hanging in the balance are the type of campaigns we encourage candidates to run as well as how much the media relies on facts and data — in interpreting policy and in gauging public opinion.

To the first point: There’s no question in this blogger’s mind that the Romney campaign has been incredibly dishonest — in its deceptive advertising, its candidate’s constant switching of positions and its refusal to answer policy questions. If Romney wins, it will open the gate for more and more candidates to run based on image projection and “bending with the wind” rather than actual ideas, plans and beliefs. This alarms me. After all, it’s not as though our electoral process is a particularly transparent and honest one to begin with. A Romney victory would be an opportunity to further muddy the waters, to further turn a serious election into a popularity contest.

Going hand and hand with that point is the enormous amount of third-party “dark money” from the likes of Sheldon Adelson that has been poured into negative advertising thanks to the Supreme Court’s Citizens United decision. Like many TV viewers, I’ve been barraged by anti-Obama ads from millionaires like Adelson and the Koch brothers for weeks. If their efforts pay off, the free-for-all that has been campaign spending this season will continue to balloon, with tycoons rapidly outpacing unions and other progressive groups.

For me, the second category of election-related fears is the media’s version of reality. Case in point: The news media’s chatter about Nate Silver has arisen from his extremely statistical analysis of polls which have consistently predicted a greater chance of victory for the President. His reliance on a data-based algorithm has angered pundits on both sides who want to predict results based on a general feeling about “momentum.” Stephen Colbert summed up this mainstream reproach of Silver when he took him on (satirically, in character) the other night:

Naturally, Colbert — the man who invented the word “truthiness” — is not a fan of Silver and his “math.” You’re taking bread out of my kids’ mouths because I’m a pundit. Those of us in the punditocracy make our bread and butter by telling people what the truth is as we see it from our gut.

Even Silver has conceded that Romney might win — he just thinks Obama has a greater chance based in his model. But what disturbs me about this pseudo-controversy is that we’ve become a nation not only divided by ideology. We’re now divided by two separate sets of facts. In one, on MSNBC, Obama is probably going to win a close race based on polling — unless voter suppression efforts block youth and minority voters in key states. In another, on FOX, Romney has all the momentum. Is there anything at all we can agree on now?

Watch this short discussion from the final pre-election Ed Show, which brings up the schism over factual information.