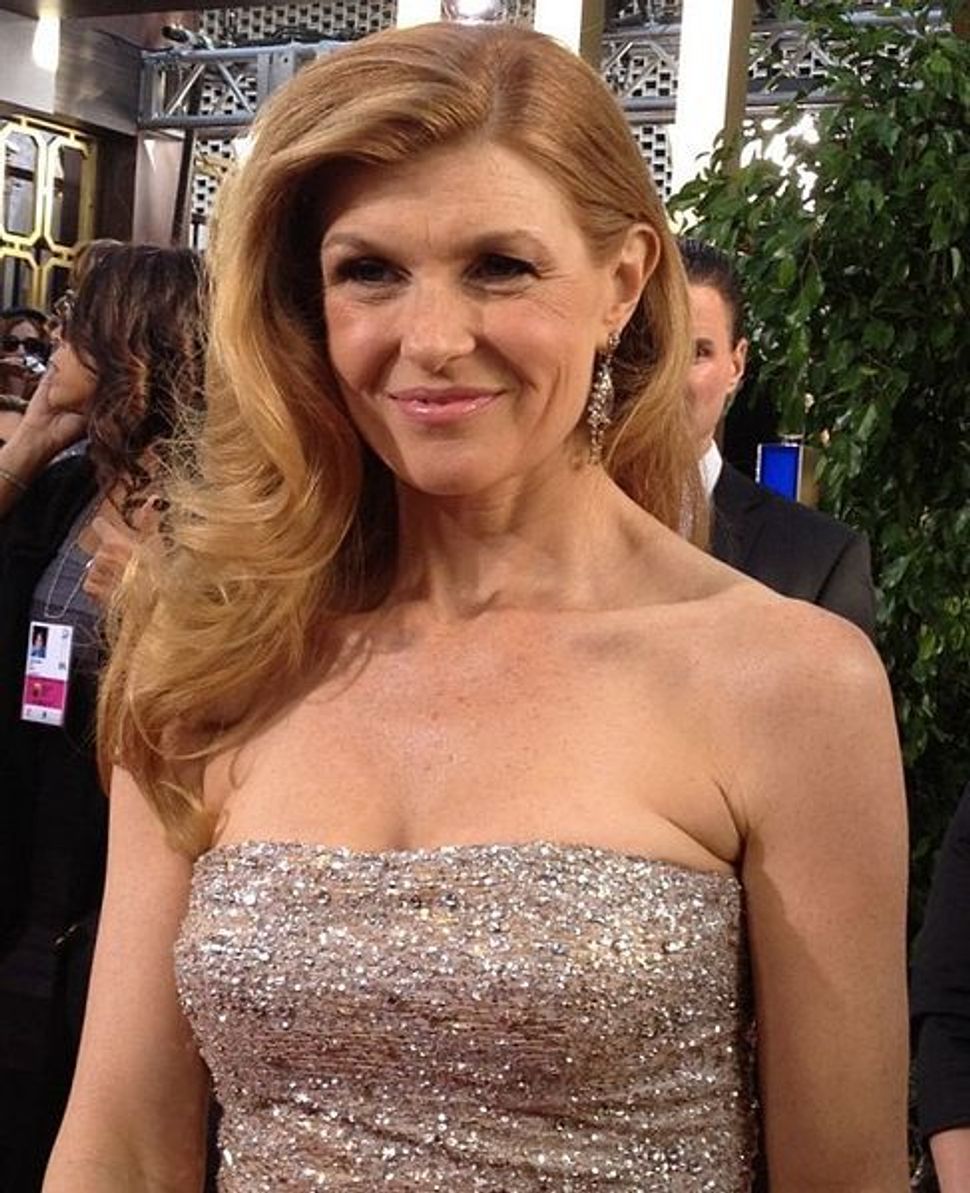 When “Friday Night Lights” ended I cried for two full days, partially because my and the whole world’s favorite show was ending and partially because I was losing my best friend. As the final credits rolled and the camera panned out on Coach and Mrs. T walking hand-in-hand on a football field not in Texas, I knew that the time had come for me to say goodbye to Tami Taylor, once and for all.

I have never really gotten over this loss, which explains why I squealed with delight when I got an email this week from Planned Parenthood telling me about their new campaign featuring Tami.

Connie Britton, the actress who played Taylor, had commissioned t-shirts that read “What Would Tami Taylor Do?” on the front and “standwithtexaswomen.org” on the back. The money raised goes to fighting Senate Bill 5, legislation that, if passed, would dramatically restrict access to abortion in the state.

Britton explained: “The character Tami on ‘Friday Night Lights’ is a Texas woman deeply committed to her community and to standing up for what is right for her neighbors and the people she loves. I have been inspired by how people around the country have united to stand with the women of Texas, and I can’t help but think that, in this moment, we all have the opportunity to join with and become strong, powerful Texas men and women.”

You see, everyone, Tami Taylor never really went away! Her spirit remains inside the very mind, body, and hair of Connie Britton.

In hindsight, it all makes perfect sense. If Tami Taylor could have had such a deep impact on those of us who just watched the show, she surely had to have left a mark on the woman who embodied her. The woman who, mind you, played her as she advised a young girl on abortion with a nuance and delicacy rarely seen in TV or film. How foolish of me to have grieved her like I did!

We’ve had hints that Taylor lived on in Britton before, from the actresses’s profile in the New York Times Sunday magazine, in which she explained how Tami’s feminist evolution was a result of her refusal to play a static character. And then there was Britton’s new program “Nashville,” which, unlike most shows, has strong female leads who aren’t routinely punished for having power.

So, just as Dorothy learned that she had the power to return home all along at the end of “The Wizard of Oz,” I have learned that Britton has the power to take us back to Tami and that mythical land of Dylan, Texas whenever us women need it. And from the look of things in Texas, we need it. Tami forever!