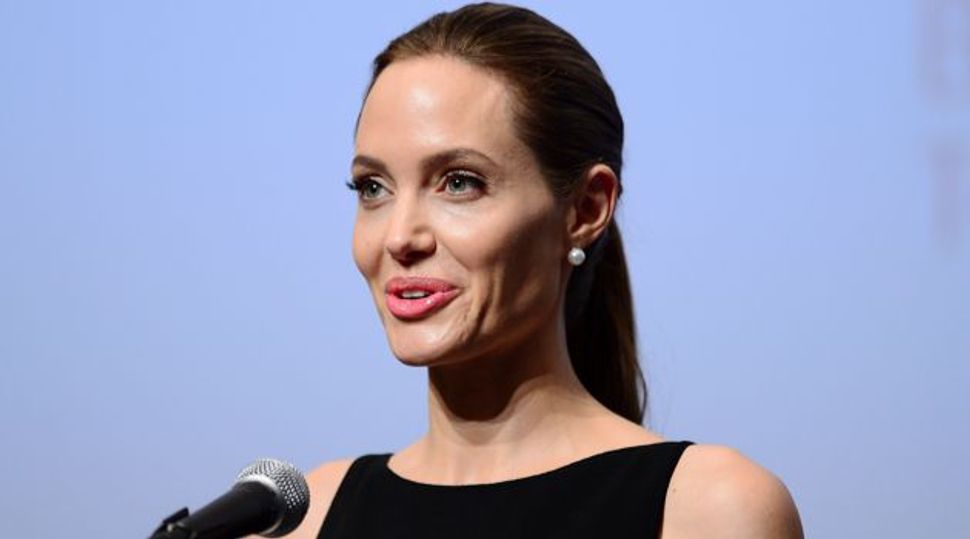 The recent New York Times story about breast cancer in Israel focused, in part, on the low percentage of women who undergo the surgery after being told they’ve tested positive for BRCA1 or 2, which indicate a much greater risk for breast cancer. The story suggests that this is in part because doctors in Israel are reluctant to recommend women get mastectomies, because the (mostly male) doctors in Israel are sexist, and don’t want women to remove their breasts. The article also mentions how the Times op-ed written by Angelina Jolie about her own double mastectomy sparked a lot of debate in Israel, and caused many women to start thinking about and asking for the surgery.

Implicit in the article is a message that high risk women like myself are told over and over again: get a double mastectomy to save your own life. Angelina Jolie did it — why shouldn’t Israeli women? (Other things Angelina Jolie has done: have six children, wear a vial of blood around her neck, wear black rubber pants at her first wedding.)

There are two problems with this view: First, it’s advocating a major surgical procedure for a large number of women, without any real concern for the inherent risk that comes with major surgery. And it’s not just any surgery, it’s a disfiguring surgery. The Times rightly points out that one Israeli doctor’s claim that women can’t orgasm after the breasts are removed is not supported by research, but it’s true that a woman’s breasts are generally part of her sense of her own sexuality. And breasts can bring quite a lot of sexual pleasure.

In a society where we place so much emphasis on women’s bodies, and connect bodies directly with self-worth, is it any wonder that not every high-risk woman is running to have a disfiguring surgery? No doctor should deny a woman a mastectomy because he or she thinks the patient’s breasts are too nice to be removed, but if a woman decides that she does not want to undergo a major surgery to remove a sexual organ that she values, that woman’s choice should not be questioned by either her doctors or her family. If the sex organ we were talking about was the testicles, not the breasts, would people be so quick to urge radical surgery, especially in young men? I think not.

Just as a woman should be allowed to make her own reproductive choices, she should be encouraged to make her own decision about whether she wants a bilateral mastectomy — without pressure. I’ve watched this play out in my own family — my mother and aunt both died of breast cancer in the past five years. Their mother, my grandmother, also had breast cancer, and breast cancer has recently showed up on my father’s side of the family as well. My family doesn’t carry the BRCA1 or BRCA2 genes, but my sisters and my cousins and I have been told we’re at a very high risk of developing cancer. Some of us are anxious to get double mastectomies, and some are not. Some of us have always hated our breasts, and are happy to see them go, and some cannot imagine undergoing the procedure under any circumstance. We’re also all under 35, and only one of us has a child. None of us should feel pressured to make these decisions before we’re done having children.

Double mastectomies are not right for every high-risk woman. Disfiguring surgery shouldn’t be the only option pushed on high-risk women.