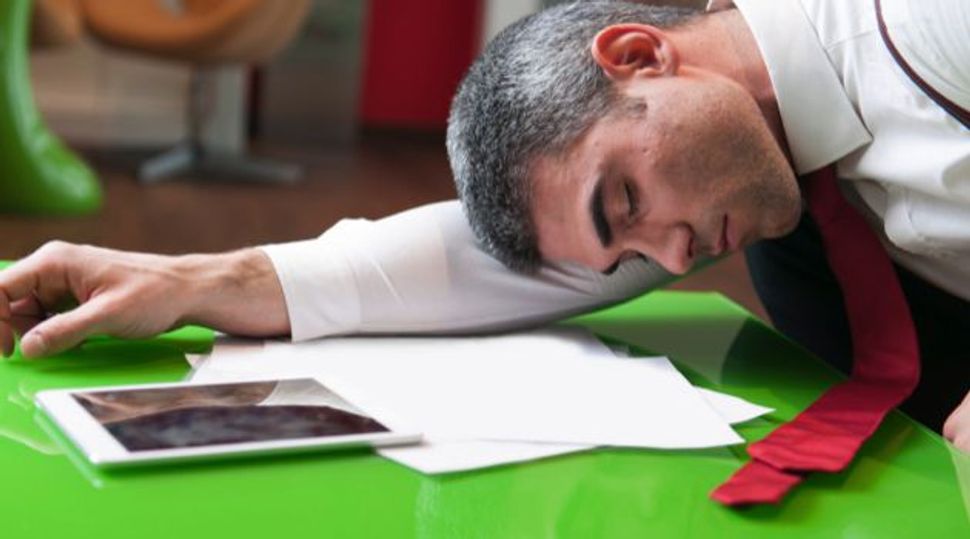 Only 9% of employed mothers ages 25-44 spend more than 50 hours working. For college-educated women this number rises slightly, to 13.9%. Compare this to fathers who live with their kids and work outside the home, of whom 29% report spending more than 50 hours a week at work. Also interesting this gap exists for the childless as well: 21% of men without kids report doing a 50-plus hours a week, vs. 14% of women.

Writing for the Harvard Business Review, Joan C. Williams, Founding Director of the Center of WorkLife Law at the University of California, looks at the latest gap that women should be worried about — the difference between hours spent by men vs. women at the office.

This “long hours problem,” analyzed so insightfully by Robin Ely and Irene Padavic, is a key reason why the percentage of women in top jobs has stalled at about 14 percent, a number that has barely budged in the past decade. We can’t expect progress when the fast track that leads to top jobs requires a time commitment that excludes most mothers — and by extension, most women.

Surprised? Me too. From the way the media portrays it (most notably Anne-Marie Slaughter), the central struggle of working mothers lives is that they are overburdened from working too much. This isn’t to say that mothers who work full-time jobs and parent aren’t exhausted, but the norm for women is hardly 12 hour work days.

According to Williams, the reason women aren’t working the hours they need to get ahead is a very simple one: they don’t want to. Women know that if they worked that hard they would never see their kids, and they want to see their kids. (Something I wrote about from a personal perspective recently for the Sisterhood.) And yet, without working these hours we will never achieve equality.

She says the problem isn’t workplace flexibility as much that for upper-middle class men, “ambition and a strong work ethic are ‘doubly sacred… as signals of both moral and socioeconomic purity.’” These days working hard is how men signal both class and masculinity. Take away those 50-plus hour weeks and they lose their self-worth.

Williams says that addressing the hours gap is the only way to create parity in the workplace. But, despite the all the pressure to “lean in,” getting women to work more just isn’t a realistic solution. Instead we need to undo the way men identify themselves with work. “If you’ve lived a life where holidays are a nuisance, where you’ve missed your favorite uncle’s funeral and your children’s childhoods, in a culture that conflates manly heroism with long hours, it’s going to take more than a few regressions to convince you it wasn’t really necessary, after all, for your work to devour you,” she writes.

The good news is that this seems to already be happening. Men increasingly report feeling stressed about not spending time with their kids and they now spend three times as much time with their little ones as dads did in 1965. So things have changed, but apparently not enough, and perhaps not among the elite.

Sounds like what we really need is for some hard-charging, successful man to write a book called “Lean Out.” Who knows, maybe Mark Zuckerberg will have kids and suddenly see the light. Stranger things have happened, like, you know, a socially-challenged college student coming up with a way for people all over the world to connect.