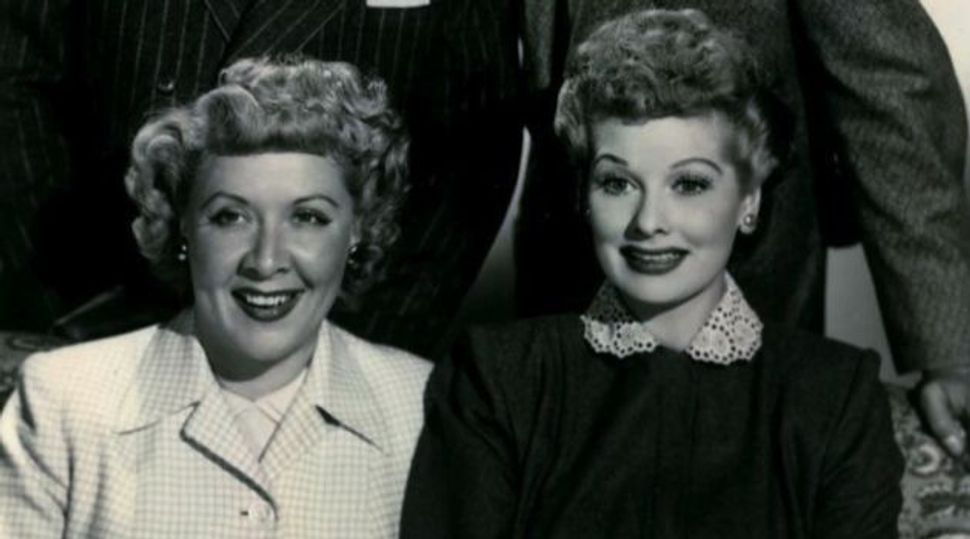 I never seriously considered becoming Orthodox. I like shrimp too much and Florida is way too hot for wigs. But I was tempted twenty years ago by one phone conversation. The Orthodox woman who coordinated the chevra kadisha (burial society) I participated in was calling to request my assistance at a taharah, ritual preparation of a body. Obviously, these events cannot be scheduled in advance. Often, frantic calls such as this one are placed to recruit volunteers at the last minute.

“Can you come now? We really need you.”

A long period of silence followed. Struggling to understand my response, she said, “You don’t know anyone?”

My predicament was so unfathomable to her, she must have assumed I was lying.

I could practically hear her head shaking. She was most likely contemplating what she considered to be my pitiful, isolated existence. I, on the other hand, longingly began imagining her home life. A bevy of women in and out of each other’s houses, swapping babies, coffee cakes, recipes and gossip sprang to mind. Because of the requirement that she and her fellow Orthodox Jews walk to synagogue on Sabbath, she would surely have an abundance of mothers, grandmothers, relatives and friends all living within a few blocks. How I envied a life filled with so many intimate friends close by.

I, too, had many friends from my Reconstructionst synagogue. But most lived fifteen to twenty minutes away and my work friends lived an hour’s drive from my house. And besides the distance, I was reluctant to ask any of them to drop everything and dash over to my house, just so I could wash a stranger’s body.

What I needed was a neighbor like Ethel Mertz on “I Love Lucy,” a friend who was always knocking on the door to share everything from a pot of coffee to a major calamity.

But as a secular Jew living in a single-family neighborhood, I had no Ethel Mertz. My suburban life — called by one psychologist “a landscape for loneliness”— lacked the tightly-knit neighborhood I imagined the Orthodox had.

As I hung up the phone, I imagined how much closer I and my fellow non-Orthodox Jews would be to our friends if the restriction on driving to synagogue had never been lifted. Studies have shown that the physical closeness of people, known to social scientists as propinquity, is a major factor in developing intimate friendships. For instance, students living in dorms are closer to those next door than with those further down the hall or one floor away.

Evidently, the more you are exposed to someone you like, the closer you will be and the more you will like them. Dubbed the “mere exposure effect,” you don’t even need to interact with someone to become close friends. Just seeing them regularly will solidify your relationship. Unfortunately, the flip side is also true. Repeated exposure to someone you dislike leads to more intense dislike. But I was sure the positive aspect of propinquity would outweigh the negatives, and for twenty years I secretly envied the Orthodox. All that changed when I found myself an empty-nester after my husband died and my daughter left for college. I sold my house and moved to an over-fifty community. Without even realizing it, I see that here I have replicated much of what I admired in the Orthodox community.

Many members of my synagogue live in this development and, as the social scientists would have predicted, we have become closer. At the same time, my friendships with those I met here are stronger because of proximity. Though we don’t walk to shul, we do walk together regularly for exercise. To begin our walks, we even knock on each other’s doors, a’la Ethel Mertz. As we stroll, we swap news, recipes, and gossip. One member even dropped out because in her estimation we were doing more talking more than walking. Our jaunts frequently end with empty Tupperware containers being returned, amid exclamations of praise for the soup or cake or kugel they held.

Though last-minute babysitters are no longer needed, it is comforting to know these women are available for health emergencies, elderly parents, grandchildren, or any other crises that may arise. And the best part is that I still get to enjoy my shrimp cocktail wearing a sleeveless shirt, with a breeze blowing through my unencumbered, though now silver hair.