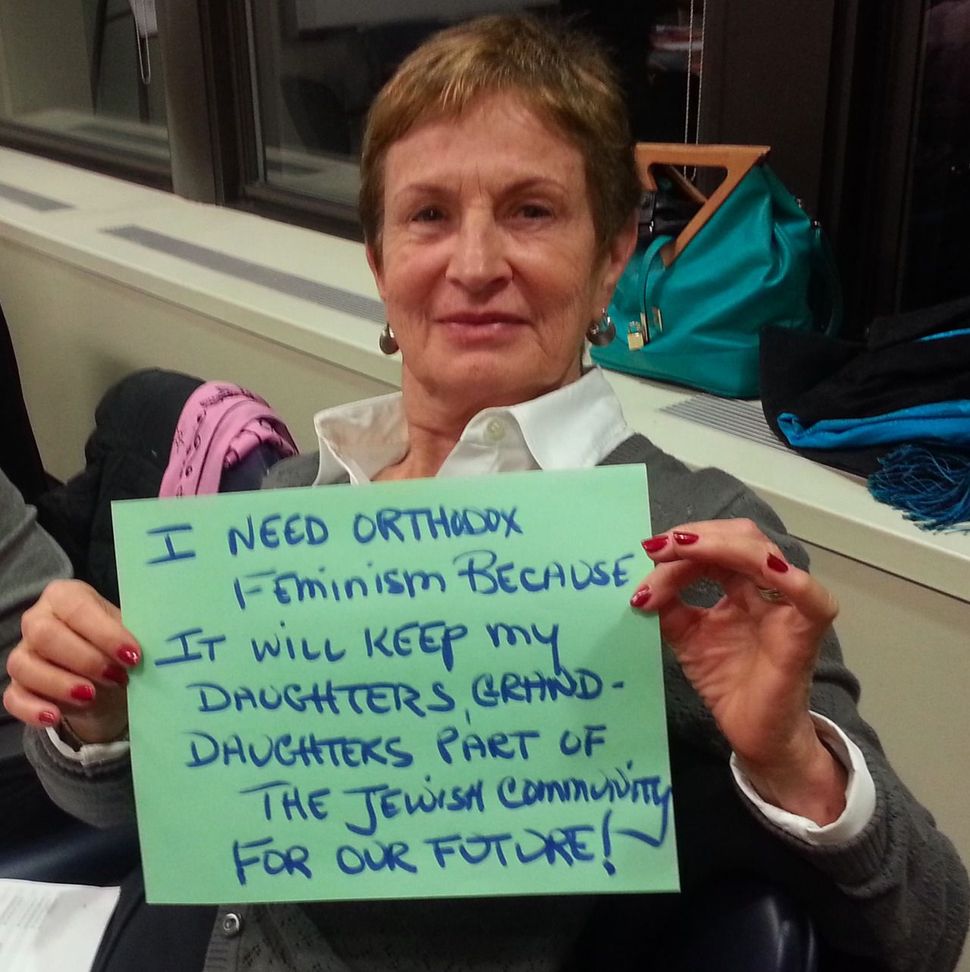 The first time I ever opened a Gemara, I was at Drisha, in the Beit Midrash generously endowed by Belda and Marcel Lindenbaum. At that time, a year after graduating college, I had not yet met Belda and Marcel, nor did yet I have any awareness of the fact that some would consider what I was doing revolutionary. I grew up in a community where Talmud learning was theoretically available to people regardless of gender, but other than the rabbis I knew, nobody really learned Talmud. So when I entered the Modern Orthodox world, I had no idea that my studies could be considered revolutionary. The fact that I was able to remain ignorant of that fact while embarking on my immersion in the sea of Jewish text was, in large part, thanks to Belda.

Since the announcement of Belda’s death on Tuesday at the age of 76, many have shared how her wisdom, strength, and feisty nature changed the path of Orthodox Jewish women, and therefore of Orthodoxy, in countless ways. I did not know Belda as well as many of these women. Most of my contact with her was at Darkhei Noam, where she could always be counted on to gently cajole the women sitting near her into taking an aliyah when they were too afraid. However, it is undeniable that Belda had an outsized impact on my life, both directly and indirectly — an impact for which I will always feel immensely grateful.

To begin with, there are the concrete contributions. Many of my teachers at Drisha had studied at Midreshet Lindenbaum in Jerusalem. I was lucky enough to spend four years learning, and now three years teaching, at Drisha. Two of my dearest friends and chevrutas studied at Yeshivat Maharat, and are now out doing amazing things in the field. In this way, almost all of my Torah was enabled through the Lindenbaums’ generosity.

However, the material support, as important as it was, pales in comparison with the immaterial. Rabbi David Silber, the founder of Drisha, often says that he created a space for women’s learning not because he felt sorry for women, but because he believed that there was an important voice missing from the conversation. It is not a matter of Kavod Habriyot [Human Dignity]. It is a matter of Kavod HaTorah [Respect of the Torah]. Belda was someone who believed strongly in that notion of Kavod HaTorah. Women teaching Torah wasn’t about fetishizing women, or affirmative action. It was about creating a full and diverse conversation about Torah, by ensuring that all of its seventy faces could be seen. Everyone who studied — female or male, scholar or novice, young or old — could be a teacher as well. This is not an easy notion to embody, but Belda truly found a way to do so.

To many in the world, Orthodoxy and feminism seem to be inherently contradictory. How can a system built on distinctions between gender, a system that literally does not count women, possibly be empowering for women? Or, to put it another way, is it possible to respect women and respect halakha at the same time? Too many people have answered no this question, throwing up their hands and discarding one or the other. Belda showed those of us who wanted to embody both that it was possible. Surely, reconciling the two is a tricky balancing act, with the constant risk of tipping to one side or the other. However, with vision, dedication and creativity, we could make it across the tightrope together. The many places that benefitted from Belda’s vision — Midreshet Lindenbaum, Drisha, Yeshivat Maharat, Darkhei Noam, JOFA and countless others — reminded many women and men that this journey was not a futile one, and also, that it was one that we could embark on together.

To be sure, the important work that Belda began, along with her sister Carol Newman, Blu Greenberg, Zelda Stern, and so many others, is not finished. We have not moved beyond the need for feminism. There are still many places where women cannot learn Talmud, much less teach it. People are ostracized for joining partnership minyanim, and synagogues are shunned for hiring women to help lead their communities. My generation, those of us who assumed that we could have access to Jewish text and should be respected as educators and learned laypeople, have had a dramatically easier road thanks to those who came before us, but still encounter many roadblocks. However, we all know that we are standing on the shoulders of giants.

In Pirkei Avot, Ben Azzai famously says that one mitzvah leads to another. Belda, you have done a tremendous mitzvah and chesed for all of us, male and female, young and old. We will try to make sure that that mitzvah always leads to another. Thank you for making it possible for me to pursue my passion and my calling. We will do our best to pay your chesed and your Torah forward, allowing it to carry over to the next generation.