How Orthodox Day School Made Me a Feminist 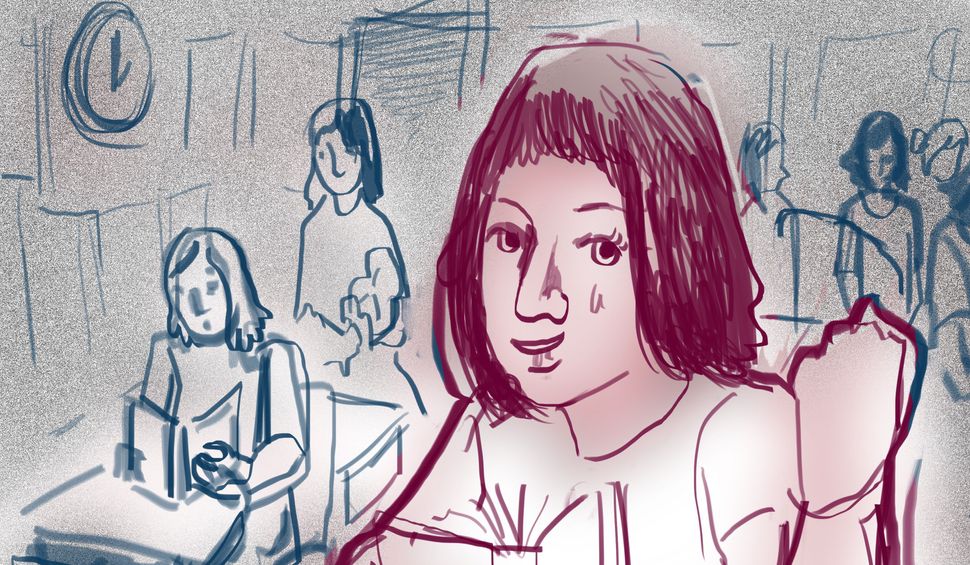 An Orthodox day school is not a place many would expect to give young women the skills to become outspoken feminists, but this has been the case in my life. In many ways, my feminism was a reaction to the Orthodox environment around me: my second-grade self, when handed a coloring book on;y featuring pictures of men performing ritual acts (making kiddush, praying, giving tzedakah), colored in long hair and skirts on each character. But my feminism has not only been reactive — a year after my graduation from day school, I am beginning to realize how my education enabled me to become a confident religious Jewish feminist.

Day school was often a struggle for me as a budding young feminist, and I spent a lot of time in high school looking forward to graduating and moving on to spaces where it would be easier to act on my principles. I was bothered by being among the most committed students Jewishly and yet not counting in my school’s minyan, and pained by attempts to excuse the sexism that exists within the halakhic tradition. The dress code felt like an attempt to control women’s bodies more than a mechanism for creating school decorum. But I was given several gifts by my Orthodox schooling, and learned lessons which contribute to my feminist identity today.

I spent fifteen years in grades never bigger than fifteen students, learning religious text and practice from men and women who deeply loved their subjects and their students. The nature of the small-town day schools I attended was that because of their small size and religious ideology, serious effort was expended to make sure that each student felt loved and special. In this context, my peers and I never felt that we were each others’ competition — we celebrated each others’ talents and achievements, and while my friends in particular were a competitive group, it was always warm and friendly. We knew that our worth did not depend on our academic skill, and as such were able to compete without becoming competitors. My day school education made me a person who builds others up, who does not automatically see others, even those similar to me, as competition. This has been especially important to me in the way I have viewed other women as I grow up and enter the world; I was not trained, in elementary, middle, and high school, to look at female peers and see enemies. My loving education gave me confidence in my own value, and that confidence is the foundation on which I create feminist relationships.

On a communal level, the content of my education itself has proved tremendously empowering. It would be irresponsible to praise my religious education without noting the disparities in many (even Modern) Orthodox schools between the level of text study offered to boys and that offered to girls, a disparity which is uniformly enforced by the significantly lower level, on average, of girls’ gap-year Israel study programs. That said, the foundational knowledge I attained in my fifteen years of day school gave me both a solid foundation to enter extracurricular and future deep study, and the confidence to assert my right to membership in the Jewish community. Growing up spending hours each morning with the words of my tradition open before me and fluent on my lips made me feel that I have a right to full access to that tradition.

I work toward empowering women to be full participants in Jewish life because I was educated to see myself as just that: someone who fully belongs to and with Jewish text and tradition. Orthodox day school education made Judaism an integral part of who I am, and because of that, I work to ensure that the Jewish community views me and all women as integral members. Were it not for the literacy I acquired in school, I would not feel so strongly the sting of exclusion, a sense of denial of that which is rightfully mine.  Orthodox day school education gave me the twin gifts of self-confidence born of a warm, loving environment and a sense of total ownership of my faith. My feminism grows from this confidence and ownership.

How Orthodox Day School Made Me a Feminist