‘Anne ♥ Peter’ and the Rise of Anne Frank Fan Videos 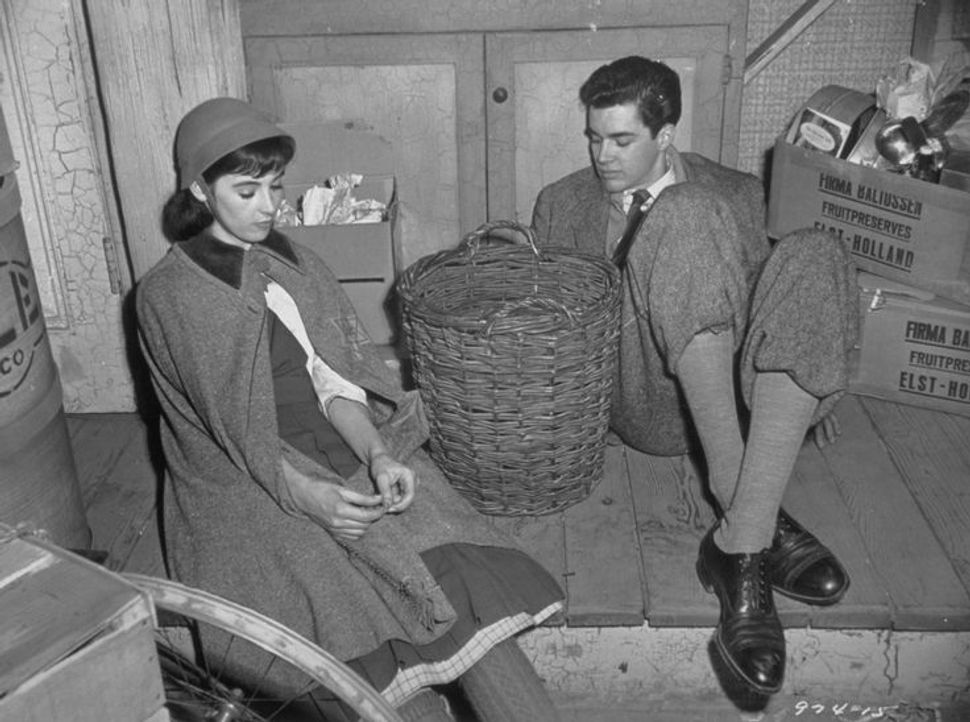 This week, The New York Times reported that the Swiss foundation holding the copyright to “The Diary of Anne Frank” declared Otto Frank, Anne’s father, to be the co-author as well as the editor of her celebrated diary. This controversial move extends the foundation’s hold on the copyright in Europe by 34 years. As the Times details, fights over the copyright are part of larger conflicts over which who has legal ownership of the words and legacy of Anne Frank. But, beyond the legal system, we all own a piece of the most famous Holocaust victim.

This semester, I assigned “The Diary of Anne Frank” in my Virginia Tech seminar on American Jews and popular culture. I explained to students that we would study Anne Frank’s afterlife as a contemporary teenager. Inspired by Leshu Torchin’s chapter “Anne Frank’s Moving Images” in the edited volume “Anne Frank Unbound,” I introduced students to the phenomenon of Anne Frank fanvids. As we watched, my students were torn between amusement and horror. One student covered her face in her hands and peeked through her fingers.

Like fanvids created for other stories, fans of Anne Frank have rearranged scenes from films depicting Anne’s life and set them to music to highlight an aspect of the story or even create new, imagined plot lines. sets Anne and Peter’s romance to Ashley Tisdale’s “Kiss the Girl.” The creator presented the video with the explanation, “Anne and Peter would probably still be in love if they survived the Holocaust…Anyways, Peter keep hearing this voice in his head that he should kiss the girl, Anne…That’s the story lol.” Generally created by teenage girls, fanvids lovingly pay tribute to and comment on the legacy of Anne Frank.

In 1997, Cynthia Ozick asked readers of The New Yorker a pointed question: “Who owns Anne Frank?” Ozick was vehemently angry about the seemingly endless appropriations of Anne Frank. Even Otto, she argued, did not have right to speak for his daughter. Ozick knew her article was a futile gesture; she could not really expect to stem the tide of Anne Frank representations, in which Anne is made and remade in the image of her audiences.

As my students recognized, fanvids are the logical extension of such representations, which have long taken a personal, proprietary tone toward her. But Anne Frank is, irrevocably, an object of popular culture. One of my students recognized the fanvids as a less sophisticated version of an album by his favorite band, Neutral Milk Hotel’s Anne Frank-inspired “In the Aeroplane Over the Sea.”

Like other representations of Anne Frank, fanvids are judged on apparent sincerity, on the basis of what rings true not to the facts of Anne Frank’s life and death, but to the ongoing history of her legacy.

In class, students and I read the comments on the YouTube videos — usually a terrible idea but in this case it served a higher scholarly purpose. In the comments, viewers ask factual questions, questioning the authenticity of the miniseries: “Did they actually kiss In real life, or did the movie add tht part in? Cas I heard it was only on the cheek,” writes one commenter. Another reflects, “The actor is ugly, but the real peter is WAY better looking.” While some commenters object to the premise of Holocaust-themed fanvids, others respond that the genre is a tribute to Anne, adding “You guys are stretching things WAY out of proportion.” They have a point. Is this really so much worse than any other representation of Anne Frank?

Fanvids take creative license with Anne’s story, but they build on those parts of the story that have appealed to readers since its initial publication. “Anne/Margot/Peter – Everything im not” is a “break-up vid” examining the love triangle between Anne, Peter, and Margot. The same user creatively imagines Peter’s experience of his relationship with Anne in “So close – Anne ♥ Peter.” “The story is that Peter can get Anne out of his head,” the creator explains. Who among us has not wondered what Peter really thought of Anne?

Other videos go so far as to imagine the possibility of Anne surviving the Holocaust. “Somebody Help Me: Anne” imagines that Anne has “lost her memory and moved to Italy…Slowly she gets her memories back.” Philip Roth had the same impulse in “The Ghost Writer.” Fanvids play with the creative tension that arises from absorption in books and movies. When we read “The Diary of Anne Frank” or watch films about her, for the duration of our attention span, she is as alive —and as transient — as any other character.

As my student Tori Sheets noted, fans of Anne Frank films feel empowered to make fanvids in part because Diary of a Young Girl continues to tantalize readers with its lack of a concrete, definitive ending. Anne’s story remains incomplete because the diary, the central way of accessing this character, necessarily ends with the Frank family and their housemates still safe in the annex. Without an authoritative resolution, creative possibilities abound.

As Ozick well knew, we all own Anne Frank. Absent a firm ending, she can be whatever we want her to be. Copyrights are no impediment.

Rachel Gross is a Visiting Assistant Professor in the Department of Religion and Culture at Virginia Tech.

‘Anne ♥ Peter’ and the Rise of Anne Frank Fan Videos