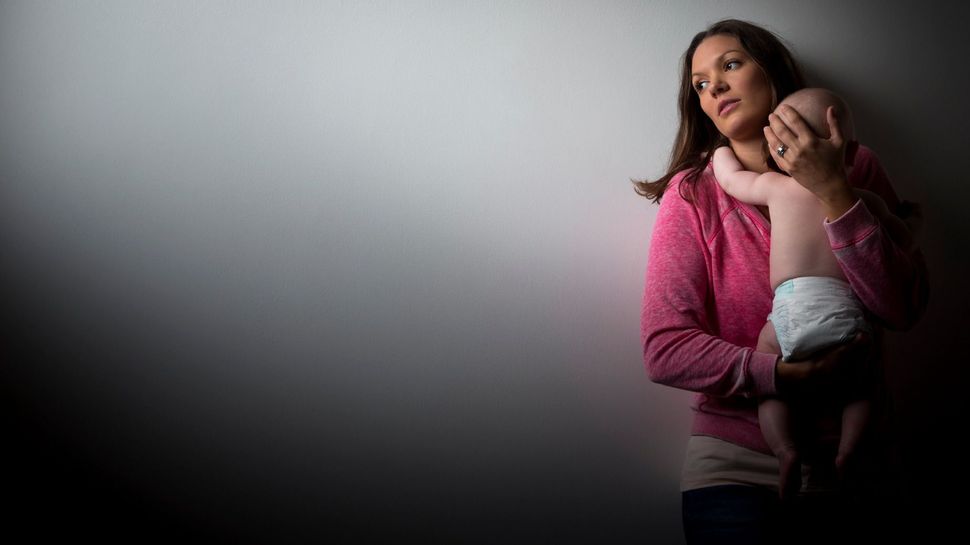 The opening paragraph of a recent article on the sociologist Orna Donath includes the phrase “professional iconoclast” in reference to Donath and her work on Israeli men and women who don’t want to be parents (as opposed to “childfree,” which has no direct translation to Hebrew).

Donath, a post-doctoral student at Ben Gurion University, is the author, most recently, of Regretting Motherhood, currently available in German. Her other works include “Making a Choice: Being Childfree in Israel,” published by Miskal – Yedioth Ahronot Books and Migdarim/Hakibutz Hameohad in Hebrew. She spoke with the Sisterhood about regret, limited narratives around mothers and motherhood, finding community, and more.

Talk about your realization that you didn’t want to be a parent and how that inspired the work you do now.

In high school, my friends were talking about being mothers, whether they’d have two children, three children, and I thought to myself, I don’t have this dream, but I never thought it was a problem. I’m always asked if I had a traumatic childhood, and the answer was emphatically no. It seemed logical to me that there were some women who didn’t want to be mothers, but I didn’t see anyone around me who felt and thought the same.

As a sociologist, I was interested in studying this. This was in 2003, so there wasn’t Facebook or anything, and I felt like I was the only one. That was a distortion of reality, of course, but it felt real at the time, since it had never been written about before in Israel. For a long time, there was only place online for people who don’t want to be parents, which became a way for me to study, but now there are Facebook groups, as well as people meetings in the real world.

Women who have openly admitted to regretting becoming mothers (Isabella Dutton, for example) have been brutally attacked in the press for talking about their experiences, even accused of child abuse. What are your thoughts about the narrative around motherhood and regret?

In the case of Isabella Dutton, the backlash was not simply because she exposed her identity, or those of her children. For my book, the women I interviewed were protected – their names and the names of their children weren’t revealed – and they got similar responses. Society sorts things in a binary way: if you regret, you’re a monster mother. There is no space to regret and love your children. We only have one script – “I hate you, I regret you.” Women can love their children and hate being their mothers – they love who their kids are, they hate being in this in relationship to them.

One woman I interviewed for “Regretting Motherhood” told me she’ll talk to her daughter about the difficulties of motherhood and the possibilities that it’s not for everyone, that there are different paths. She said, “What kind of a mother am I if I lie about what motherhood has been for me? I want my daughter to have the best she can in her life.” Mothers are trying to protect their children in their own way.

Our mothers are not only our mothers. They have history before they came into this world, and often, we don’t know their stories. We need diverse identities for women, right now there’s little room to maneuver. You’re either a mother or you’re a career woman. In “Regretting Motherhood,” I’m striving to treat mothers as subjects.

We need to consider the conditions women are mothering under, and not just white, middle class women, but variations in social class, nationalities, race. And while conditions are crucial, they’re not everything. We think if women have the right circumstances, there’s no way they would regret motherhood, because women are “natural” mothers. But women have different desires, different dreams, even if we have the same reproductive organs. People have asked me, are there any conditions under which you would want to be a mother? If you had the support, money, time? And the answer for me is still no.

Do you think the discourse around folks who don’t want to be parents is changing in Israel? In the Jewish world?

I’m not objective about it. Women in my classes can say things to me more freely, not just Jews, but Palestinian and Ethiopian women. The responses to the Haaretz article were so nasty. I was pretty shocked. They included us being referred to as traitors, as not contributing, and that’s absurd, the idea that the only way to contribute to society is to have two or three biological children.

Often people who write about not wanting to be parents are told to move on, get over it, write about something else. Have you had this experience? Can you comment on it?

I have heard that it’s annoying to people when I talk about it; they say, okay, so don’t be a mother, why should we care? In my own life, I’m not dealing with this pressure, but it’s a bigger issue, it’s social and political. How I deal with it as one person doesn’t necessarily reflect the larger issue. There is this idea that time is like an arrow, that we should always be moving on and getting better, but I don’t relate to time like that. I’m looking at it from a different angle, more of a spiral. Sometimes things need to be lingered upon. We can’t move on from everything.