Esther’s Secret, Sexy Idea to Save the Jews — Exposed! 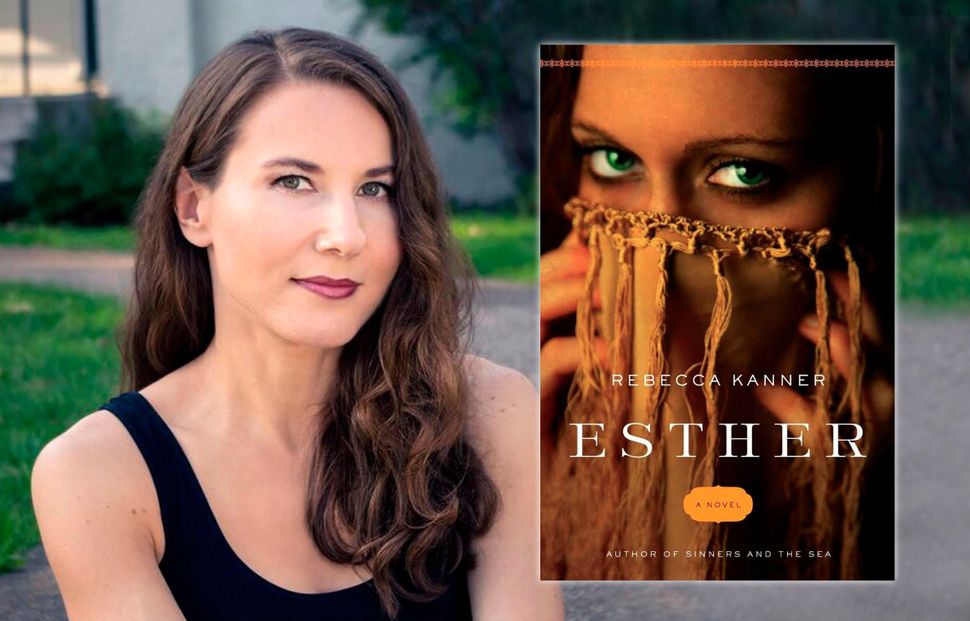 When I set out to tell the story of a deeper, more intelligent Esther than I initially found in The Book of Esther, I had no idea how ugly some of the rhetoric around women and beauty would become in the next decade and a half.

As a child at Talmud Torah Day School, I always assumed that the Book of Esther was an empowering story for women and girls. After all, it tells the story of a Jewish girl who becomes queen of Persia and thwarts the genocide of her people. Years later, when I read it away from the raucousness of a Purim celebration, what I found was something different. Upon first read, the story seemed to go out of its way to portray Esther as a reluctant heroine whose success was due to her beauty and obedience. Mordechai appeared to be the true hero. He guided his fearful and indecisive cousin by telling her that if she didn’t do the right thing (approach the king uninvited to plead for her people), she would die along with all of the rest of the Jews.

A deeper read of the Book of Esther provided me instead with a character whose actions didn’t make sense. When Mordechai finally convinces Esther to go to the king on behalf of her people, she sends word to Mordechai that all the Jews should fast for three days, and then she’ll go to the king. It was at this point that she famously said, “If I am to perish, I shall perish.” But did she truly think the king would kill her for approaching him uninvited?

To better understand this, I turned to the centuries of commentaries on Esther. When I dug more deeply into the texts, I found an explanation for Esther’s behavior that relied upon her courage and intelligence. This is what I based my novel Esther on. (I wrote more on this for the Jewish Book Council.)

Whether or not readers agree with my interpretation of the Book of Esther, I think most of us who are following current events can agree that it’s more important now than ever to tell stories of women that emphasize intelligence and courage rather than beauty. It seems that in our current social media and political climates, a women’s looks are fair game whenever she’s mentioned. We now have a presidential candidate whose main critique of one of his fellow Republicans centered on her face. In an interview with Rolling Stone Magazine, Donald Trump said of Carly Fiorina:

“Look at that face! Would anyone vote for that? Can you imagine that, the face of our next president?”

More disturbing than his comments about women is the glee with which many of them are met. When he defended disparaging comments he’d made about women’s looks at a GOP debate by saying they were about Rosie O’Donnell, the audience broke out into loud cheering.

Today, we are tasked with the job of guiding conversations about women away from their looks and toward their accomplishments. We don’t want to talk about pantsuits, we want to talk about policy. In researching other queens (and one pharaoh) before writing Esther, I made an important discovery.

While Anne Boleyn and Cleopatra are widely believed to have been extraordinarily beautiful, paintings of Anne Boleyn and pictures of coins with Cleopatra on them counter this belief. Their personalities, including both wit and charm, are what I believe accounted for much of their attractiveness. Yet we have continued to mythologize their beauty as an explanation for their successes (however short-lived it was for Anne Boleyn), instead of focusing on their intellects.

Another discovery I made in researching Esther was the lasting power of stories. While reading Herodotus’s The Histories I often wondered if his writing should be called Herodotus’s Colorful Anecdotes. He blurred the line between historian and storyteller, and yet his account of the Persians and the Greeks has withstood the test of time. I was thinking of him when I had Mordechai tell Esther, “The tale men fashion is as important as what really happened. Until many years have passed. And then it is more important.”

I believe our voices, and the stories we tell with them, are our best defense against the increasingly powerful trend of focusing on women’s looks. I hope that when we talk about Esther in the coming days, we focus not only on her beauty, but on her courage and intellect as well.

Rebecca Kanner is the author of Sinners and the Sea: The Untold Story of Noah’s Wife, and Esther, both available from Simon & Schuster. She teaches at The Loft in Minneapolis. You can find out more at her website.

Esther’s Secret, Sexy Idea to Save the Jews — Exposed!