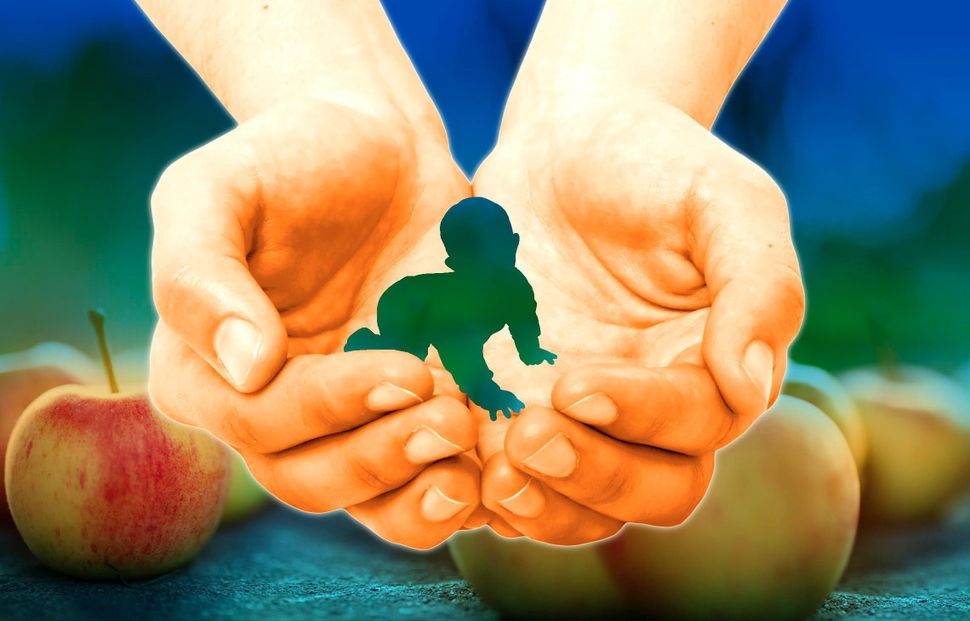 Remember at Rosh Hashanah that when looking at other people’s families, things are not always what they seem. Image by Nikki Casey

She laughed. When our matriarch Sarah heard that she would become a mother within the next year, she laughed. And who wouldn’t? The whole notion seemed drawn from the realm of fantasy. After all, Sarah was already 90-years-old. But as G-d rhetorically asks Abraham in Genesis 18:13, “Is anything beyond Hashem?”

Pregnancy and (safe) childbirth are miracles. However, because we see them all around us, we’re likely to take them for granted. Particularly when we’re young and don’t know otherwise, because we’re not trying to become mothers, we assume that pregnancy is straightforward. For many women and families, it is not.

Earlier this year, I wrote for altfem magazine about adoption in the Jewish community. Having no first-hand experience with adoption, I set out to interview those who did.

It was a highly educational summer. What began as a few calls and emails inquiring about adoption ballooned into a sizable research project. I wanted to understand how the Jewish community is responding not only to parents looking to adopt and children in need of forever homes, but also how we’re supporting foster children (Jewish and otherwise) in this country, and how the Jewish community is helping those struggling with infertility.

In the countless hours interviewees so generously shared with me, I learned a ton about these weighty issues. I also heard the echoes of silent suffering that so many individuals in our midst carry with them, as attempts to grow families are foiled in one way or another.

As we prepare spiritually for Rosh Hashanah, it is these men and women who are on my mind. The men and women who may find it painful to enter a sanctuary and pray, because among other things, attending High Holiday services means being surrounded by children. Lots and lots of boisterous children, who are part of other families.

We don’t know what those parents – or children – have endured. But when we’re navigating our own struggles, it’s easy to see strangers and imagine that pregnancy came easily to another woman, that she has the precise number of children she always wanted, and that those children arrived on her pre-selected time table. It’s also hard to be constantly reminded that others have what we so desperately want.

So, this fall, I want to speak directly to those who are hurting, as well as the larger Jewish community:

To those who are hurting, I hope you decide to attend services and are inspired. On the first day of Rosh Hashanah, the Torah reading features Isaac’s incredible birth. The Haftarah, or additional reading, builds on that, opening with Hannah’s anguished prayers for a child — prayers that famously resulted in our great prophet Samuel. The Talmud (BT Rosh Hashanah 11a) tells us these readings were chosen because it was on Rosh Hashanah, the anniversary of the world’s birth, that G-d answered Sarah, Hannah, and our matriarch Rachel’s prayers.

In a season brimming with possibility, these women remind us that miracles do happen. That may well look like a healthy pregnancy after years of struggling to conceive or multiple miscarriages. Or it may be a child in need of a permanent, loving home, who is now available for adoption. The answer to our prayers can take unexpected forms; it’s simply impossible to know in advance.

To everybody else, I’d like to say two things: First, we should talk more about infertility as a community. Second, when we see adults without children — perhaps someone who’s been married for six months, or six years — we should take a beat. Pause before asking when they’re starting a family, or whether she’ll have another child. You may think you’re “making conversation,” but for that other person, there is no topic more fraught. Find something else to talk about — anything else.

Rosh Hashanah is a time for reflection, as well as new beginnings. Let’s make this year sweeter for our fellow Jews, by being more sensitive to the silent suffering of those like Hannah, who still ache to be parents.