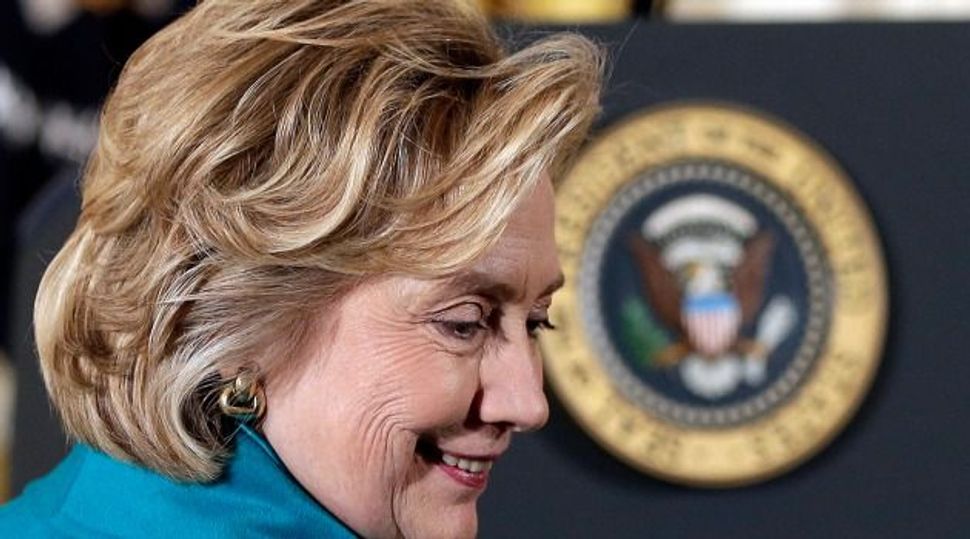 Like so many (but not enough) American woman at this moment in time, I sobbed my way through Hillary Clinton’s concession speech. What I feel is despair. And it’s a multifaceted despair: at what it means (women’s-health-wise, for starters) for the GOP to have Congress and the presidency; at what Donald Trump’s win specifically indicates about the continued or perhaps increased acceptability of sexual assault; and, perhaps most of all, at the fact that we came this close to getting a woman president, and then… no. Never mind. Not happening.

A stat that jumps out, and that I will attempt to compose myself long enough to ponder: 53% of white women voted for Trump. White women preferred Trump to Clinton. And who is Hillary Clinton if not a representative of white-woman-ness, that is, of so-called White Feminism? Is the way the election played out evidence that racism is a stronger force than sexism? That wouldn’t necessarily be the obvious assumption – as Patton Oswalt alluded to in a tweet, we’ve had a two-term black president, but as yet, no woman president. And yet: 53%.

In Slate, L.V. Anderson interprets the results to mean that “[m]ost white women don’t want to be part of an intersectional feminist sisterhood.” True enough, but it would seem that most white women don’t want in on White Feminism, either. It could well be that for most white American woman, solidarity with the most marginalized isn’t especially appealing, but nor is glass-ceiling-shattering all that relatable. But there’s no particular indication that this 53% supports some other, as-yet-to-be-classified form of feminism that’s neither intersectional nor Lean-In-ish. It would seem they’re just… not particularly feminist.

What’s come through, in the coverage and early analysis of the election, is that internalized sexism is a force to be reckoned with. By “internalized sexism,” I mean a couple different things. One is the comfort that some women – white women especially, given the racism of our society’s beauty standards – take in playing the role of object. I’m thinking of that viral photo of a middle-aged white woman in a tank top with “Trump can grab my” plus an arrow pointing down. I’m thinking, too, of the much-quoted positive remarks one female Trump supporter made about groping.

There are, of course, limits to what can be extrapolated from such anecdotes; let’s not assume every woman who simply votes for the Republican wants Trump to grab her, or would even joke about this! But I see how it would be appealing, in a society that values women for sex appeal, to identify as one of the ‘hot’ women Trump would approve of. To be a Donald Trump woman was to be heterosexually desired. To be a Hillary Clinton woman – in this warped and superficial understanding – was to throw on a pantsuit and ask to be valued, instead, for your abilities.

But internalized sexism is also the thing where women are put off by other women’s ambition. We live in a society that denigrates female achievement. That much-discussed reaction Hillary Clinton provokes – that she’s a bit too power-hungry, a bit entitled – isn’t one only men experience. I know I’ve thought similar, over the years, rolling my eyes at some professional achievement-shouting more than other, only to realize I’d been giving female classmates or colleagues the harder time (not to mention being insufficiently self-promotional myself). It’s an unconscious bias I’ve made a conscious effort to combat, for both principled and selfish reasons; I make no claims of having conquered it entirely. Point being, I don’t think it’s just that Clinton’s particular achievements aren’t relatable – class-wise or achievement-level wise – to most voters, including white women. Neither candidate here was relatable. I think it’s that female achievement is, even to many women, unappealing and uncomfortable.

Longwinded point being: Yes, female Trump voters, like all Trump voters, are guilty of at the very least looking the other way when it comes to racism. But it’s not quite that they picked racism over feminism, because priorities. It could also be that their oppression as women converged with their indifference as white people, leading to… that pesky 53%.

What’s so frustrating about this 53% news is that it’s provoked an entirely justified ugh-white-women response on social media, including from (Clinton-supporting) white women… and has done so at the very moment when it’s become as clear as it possibly could that even a white woman – even a white woman with everything going for her – is held back by her gender. What this tells us is that the now-standard progressive understanding of identity categories – have or have-not, underdog or oppressor – needs to be, as the kids in seminar say, complicated. Are white women privileged oppressors, or part of a marginalized caste for whom power remains out of reach? Yes.