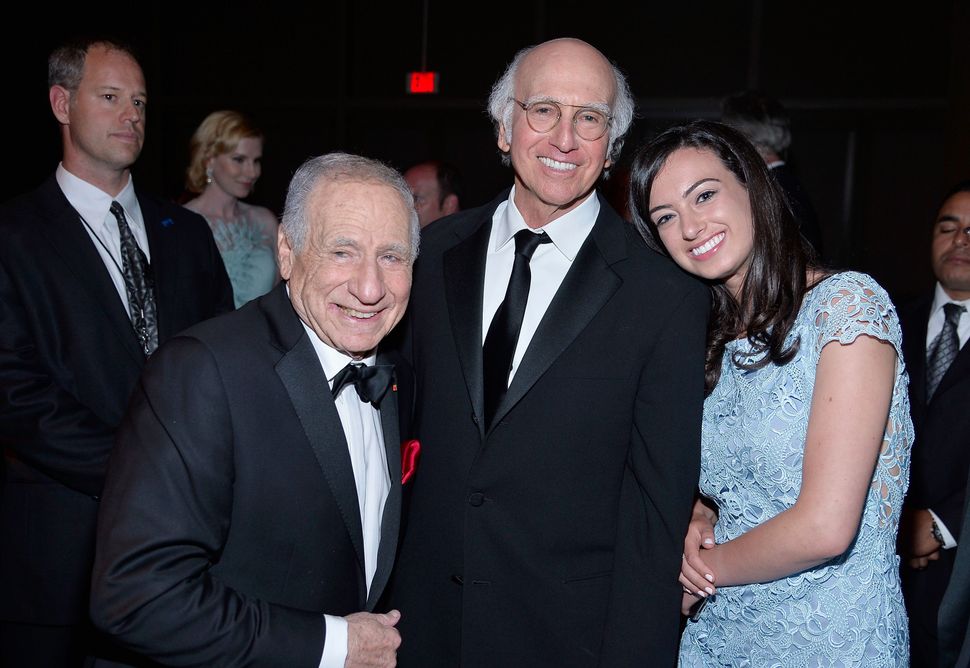 The consensus is in: Everyone wants to be 23-year-old Cazzie David, Larry David’s daughter. Or at least, her life looks pretty enjoyable, as it involves lounging in the sun and mingling with comedy legends. A 2015 Schmooze post by Maia Efrem alerted readers to Cazzie’s (and sister Romy’s) glamorous Instagram presence. Well, Romy’s account is private and Cazzie’s is not, which may explain why Anna Silman devoted the latest “I Like This Bitch’s Life” installment, from Monday, to Cazzie alone. Writes Silman: “In the realm of quirky, neurotic Jewish girls who love comedy, Cazzie represents the platonic ideal, the kind of person you’d cast in an idealized movie version of your own life.”