‘Crazy Ex-Girlfriend’ Won Me Back With Soju 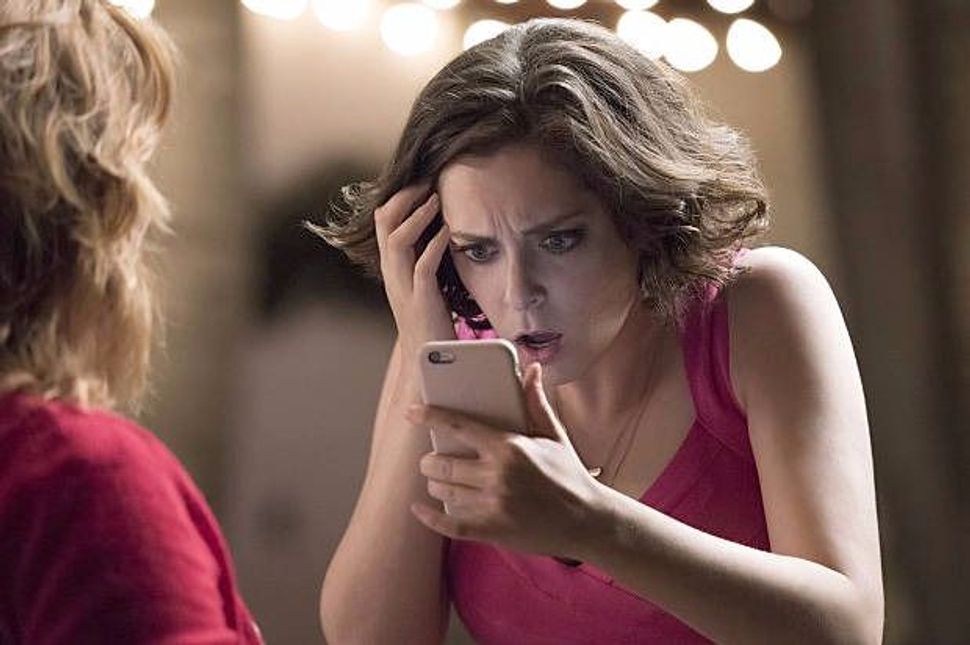 It had been a while, but I’m catching up on “Crazy Ex-Girlfriend.” If you’re watching Season 2 and not sure if it’s worth staying with, do yourself this favor: Episode 9. It is quite possibly the best one yet. What follows is a spoiler-filled celebration.

But first, a word on where we’re at in the show by the time Season 2, Episode 9, rolls around: California transplant Rebecca Bunch’s drama has moved from romantic entanglements with childhood sweetheart Josh and his best friend Greg to a late-in-life (relatively speaking) attempt at having healthy female friendships. Rebecca had been terrible to Paula, her coworker and purported best friend, so much so that neither Paula nor the viewer was much rooting for that friendship to go on. Rebecca instead finds herself some same-age (if professionally less ambitious) girlfriends. One is Josh’s ex. The other, Greg’s. All three women have reached their mid-20s without having had a group of female friends. Not promising.

The friendship interlude is certainly different — we’re in the realm not of ‘my friends are my family’ feminism, or even of ‘complex female friendship’ feminism, but of the deeply underrepresented, borderline anti-feminist world of straight women who don’t find friendship both effortless and fulfilling, and who would, at the end of the day, prefer to think about dudes. It’s never clear that Rebecca’s as bothered by her exclusion from cliques as by her summer camp boyfriend having gotten away. The friendship feels forced both in an interesting way, and in a way that can make the clique-centric plotlines feel forced.

Which is why it’s so delightful when Rebecca’s finally back with inappropriate friend Paula and eternal love interest Josh.

The episode begins with Rebecca offering to babysit Tommy, who’s 12 or so, for the weekend, while Paula’s on a law school field trip. Because the episode needs this to happen, and because Paula’s at her wits end for various reasons, she agrees to what promises to be a hilariously terrible idea. And the promise comes through: Rebecca’s interlude as “mom” is somehow both a spot-on send-up of childless adults who think they know about parenting and a sympathetic portrayal of that situation. She gives as her reason for not having kids that she has severe mental illness on both sides of her family, an answer that’s both very Rebecca in the specifics (and candor!) and refreshingly different from the usual cultural narrative of moms versus independent career women. It’s clear that for all their dysfunction, neither Rebecca nor Paula looks down on the other for her family situation.

But mainly, the joke is that Rebecca fancies herself a parenting expert, despite zero experience in that realm. She shows up at Paula’s house, presenting him with a stuffed animal, as though he were an infant. That sets the groundwork for her next-level cluelessness about children. (Tommy’s at that age where kids still look like babies but feel themselves to be almost teenagers. He tells Rebecca he’d like to try smoking and drinking, and to see a pair of boobs.) And there is a song too amazing to describe: 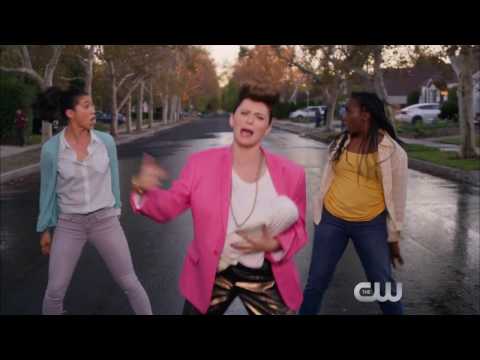 Then there’s the Josh stuff: he gets a new girlfriend, Anna. She’s a stunningly beautiful entrepreneur, an L.A. hipster (she buys coffee from an appropriately Victorian barista) with a private but glamorous Instagram presence and an enviable life making hundreds of dollars every time she plucks a single celebrity eyebrow hair. But the big thing with her, the big difference from Rebecca or Valencia, is that for once, the girlfriend is less into him. She’s out of his league, less because of anything specific about her than because she views him – Josh! the super-chill heartbreaker! – as aw, just such a nice guy.

Josh of course finds Anna’s indifference irresistible. There’s even a moment where Josh think-hopes Anna is saying she loves him, only to be corrected, mirroring a wishful mistake Rebecca had once made while with Josh.

The Anna plotline is such fun – a kind of vicarious revenge for the Rebecca-identifying viewer. To watch it is to sit and wait until Josh gets dumped. You know it’s coming. What you don’t know is exactly when it’s coming, but when it does, it is a scene of cringe-inducing perfection.

Also: Soju misheard as “So, Jew.” Timely and brilliant.

‘Crazy Ex-Girlfriend’ Won Me Back With Soju