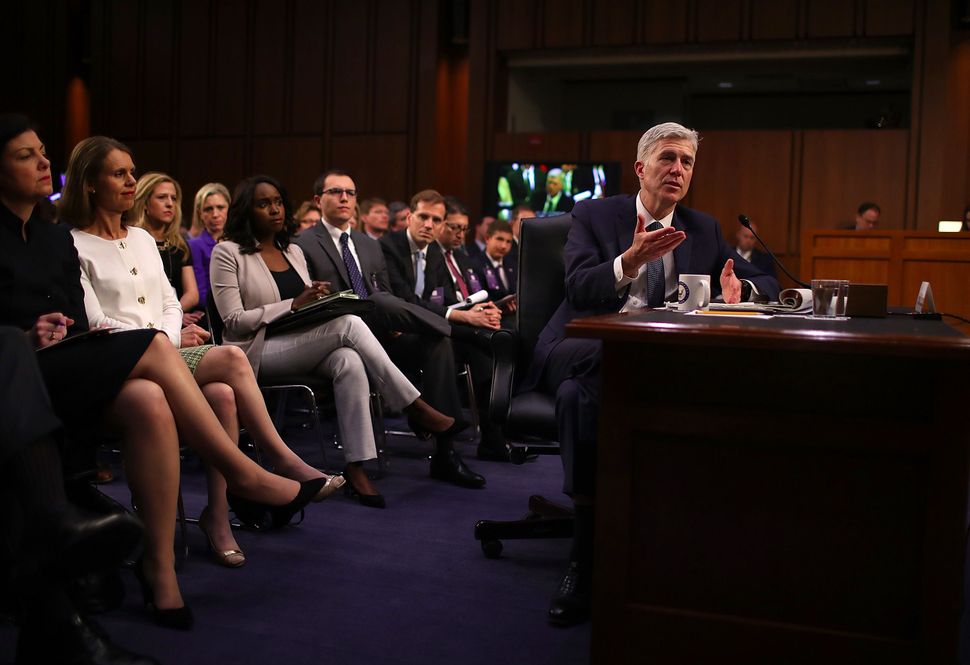 On June 22, 1989, I had an abortion. I’ve kept it a secret for almost 28 years. Why write about it now? On October 20, 2016, during a debate with Donald Trump, Hillary Clinton said, “I will defend Planned Parenthood. I will defend Roe v. Wade and I will defend women’s rights to make their own healthcare decisions.” I tweeted the quote, and seconds later someone had tweeted me an image of a dismembered embryo.

Donald Trump, who swears he is “pro-life,” despite a history of saying he supports a women’s right to choose, promised in the same debate that “the justices I am going to appoint to the Supreme Court, 21 percent of those polled “will only vote for candidate with same abortion views.”

According to the Guttmacher Institute, approximately 926,200 abortions were performed in the United States in 2014. Fifty-one percent of patients were using a contraceptive method in the month that they became pregnant. About half of those who had abortions said that they did not want to be a parent or had problems with a husband or partner. I hope that by telling my story I can help dispel the stigma and the shame that surrounds abortion.

I was 24 when I became pregnant. I did not plan the pregnancy, and was using a diaphragm, a contraceptive method that I later discovered in the U.K. up to 24 weeks of pregnancy under the Abortion Act of 1967, but two doctors must approve the procedure. I remember the second interview quite well. It went something like this:

Doctor: So… you got drunk on a Saturday night and had sex with no protection.

Me: I wasn’t drunk. It wasn’t Saturday night. I was using a diaphragm.

Doctor: Why do you want an abortion?

Me: I don’t want to have a baby right now. I’m single. I don’t have the income to bring up a child.

Doctor: But you’re Jewish, right? Jews have plenty of money. Why are you having an abortion on the National Health Service?

I was seven weeks pregnant when I had the abortion — far enough along to feel nauseated and miserable every day. When I emerged from the anesthesia, I cried at the sense of loss that I felt at that moment. But I don’t regret it.

If my experience is fairly typical, so is the shame that surrounds it. I grew up in an Orthodox Jewish community, where children are prized above all else. That no doubt explains my reluctance to share my experience. But we need to talk about it, because safe access to abortion is under attack as in no other time in my memory.

One of Trump’s first acts as President was to sign an executive order re-introducing the global “gag rule”, which prohibits nongovernmental organizations that receive U.S. funding from either performing or providing counseling on abortion. Trump’s version of this rule is far more aggressive Doctors Without Borders/Médecins Sans Frontières.

Meanwhile, ten states have “trigger laws” in place that would make abortion illegal in all cases (except to protect a mother’s life) should Roe v. Wade be reversed. The nomination of Judge Neil Gorsuch for a seat on the Supreme Court edges the reversal just a little bit closer. While serving on the 10th Circuit Court of Appeals in 2013, Gorsuch joined the majority in ruling in favor of Hobby Lobby v. Sebelius. That ruling found that for-profit organizations should be allowed to seek an exemption to the birth control benefit under the Affordable Care Act (ACA).

Fifty-five reproductive rights and health groups, including NARAL Pro-Choice America and the National Council of Jewish Women, signed a letter calling on senators to block the nomination of Neil Gorsuch, writing that the judge “has demonstrated he will go to extraordinary lengths to reach a result that would block women’s access to basic reproductive health care.” On April 4, 2017, Senator Jeff Merkley (Democrat, Oregon) spoke all night for more than 12 hours on the Senate floor to protest Gorsuch’s nomination, charging that Republicans were trying to fill a “stolen seat” by refusing to give a hearing to President Obama’s nominee, Merrick Garland.

I want to lend my voice to those organizations that fight for safe access to abortion and contraception. As a feminist and a mother, it’s vital for me to speak up in favor of reproductive freedom. I hope that by writing this I will make it easier for women to make decisions about their future without shame or secrecy. I had an abortion. It’s time to speak up.

Josie Glausiusz is a journalist who writes about science and the environment for magazines including Nature, National Geographic, and Hakai. Follow her on Twitter, @josiegz