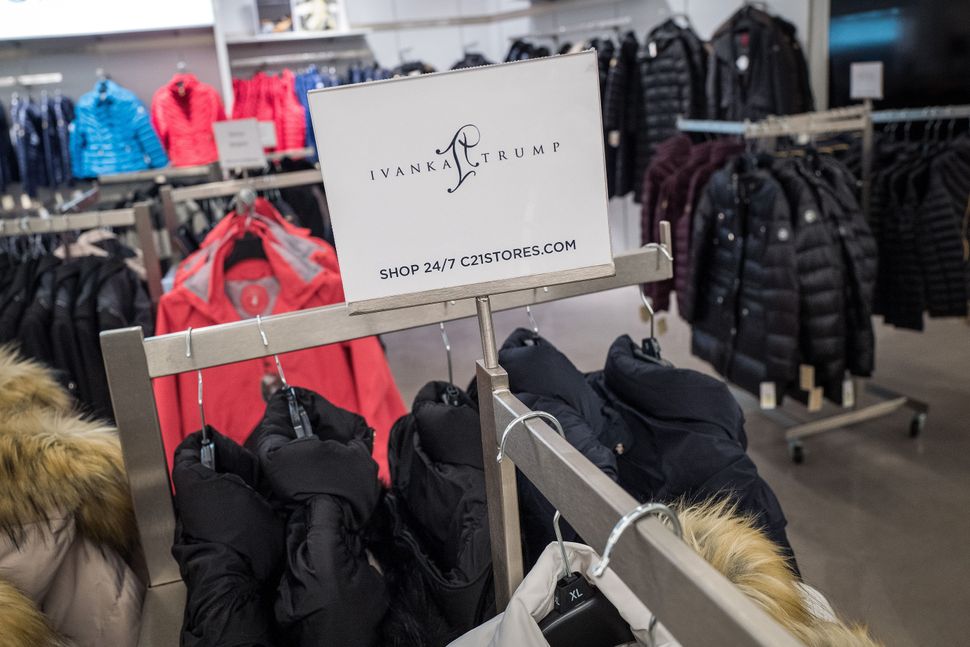 Feeling confident your closet is Ivanka-free? You may need to think again: At The Business of Fashion, Lauren Sherman reports that discount store Stein Mart is “selling Ivanka Trump garments relabeled as Adrienne Vittadini Studio.” What gives?

As Sherman writes, the label-switching (which is a thing, apparently? that’s allowed?!) comes down to two possibilities. The first is the obvious: “According to a source within Stein Mart, the retailer has received negative feedback from customers regarding Ivanka Trump product, with one customer spitting on a blouse in front of a cashier before storming out of a store.”

The other possibility: affordability isn’t chic: “It could be argued that [parent company] G-III was simply looking to protect the Ivanka Trump brand from being associated with a discount retailer.”