Why I Went Gray 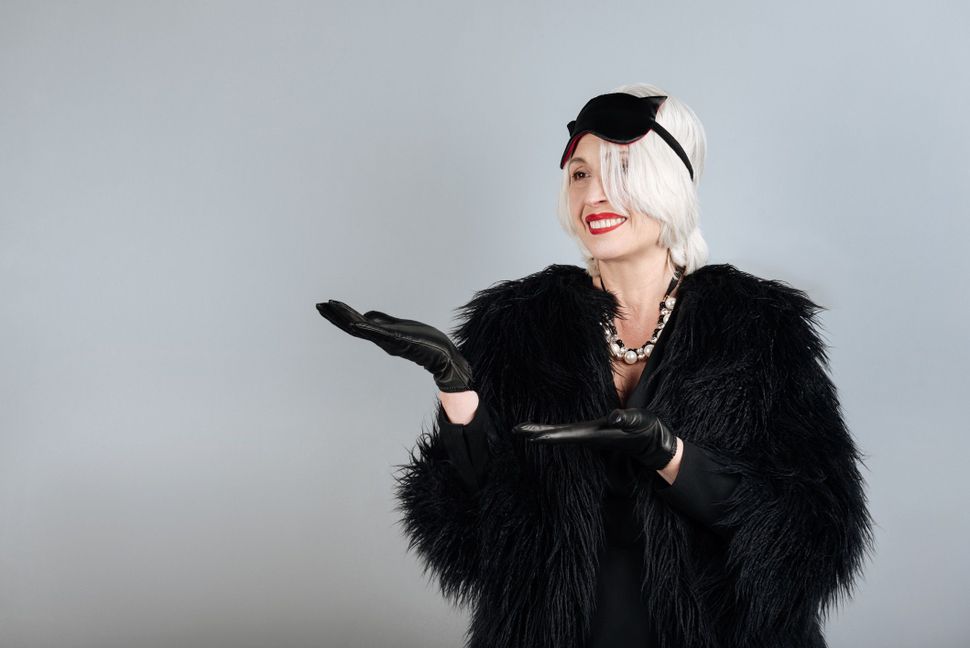 While Proverbs describes gray hair as “a crown of glory [that] is found in the way of righteousness,” most people think of gray as the color of the weary, the tired and the old.

When it’s discovered — eek! — in one’s own hair, it’s to be hidden away at all costs (literally, if you’ve seen the price for a single process and highlights).

But to me, a cancer survivor and the daughter of Holocaust survivors, gray is the color of fortitude. Because aging is what we get to do when we don’t die. In fact, I don’t think of it as aging at all. I think of it as living. Which may account for why I decided two years ago, at the age of 52, that it was time to find out what I really looked like, ditch the hair dye and embrace my natural gray.

I confess that I was not tossing off spiritual quotes to justify my decision. Mainly, I hated the maintenance. I was tired of feeling like a slave to my roots, the fear that every six-to-eight weeks, the real “me” would start poking through my colorist’s artistry. Most of all, I was tired of the nagging feeling that the real me might not be considered good enough for the world. What was wrong with a 52-year-old woman looking 52? I decided to find out.

What started as a simple lifestyle choice quickly took on a life of its own. One look around my favorite neighborhood restaurants — whether trendy or downscale — showed me how unpopular a choice it was. There were blondes, brunettes, redheads, highlighted heads, balayaged heads, but hardly any women my age sported the gray, silver or white strands that nature had given them.

The root of the Hebrew word for “age” — zaken — is synonymous with wisdom. As Job said, “With age comes wisdom, and length of days brings understanding.” Perhaps the Jewish knack for survival through the millennia is related to its appreciation for the knowledge of elders, or the people old enough to remember the best hiding places from the last pogrom. But I couldn’t help noticing that, when it comes to women, while our wisdom is valued, what’s valued even more is if we don’t look old enough to have amassed all that wisdom in the first place.

Fortunately for me, things work a little differently in my field. As a clinical psychologist and cancer psychologist, I used to have the opposite problem. In my earlier years, especially, patients worried that I was too young to know enough about life to help them. And for us cancer survivors, aging is by far the preferred option.

Why does age have such a bad rep, anyway? A great deal of social science research from around the world shows that we have a lot more to look forward to than most of us realize. We become more easygoing, more able to live in the now, and better able to appreciate the life we have. We’re more likely to look to ourselves for validation than to others. A friend of mine calls her 60s The “Why Not?” Years. Want to skip a meal and see a movie instead? Why not? In a support group I co-led, one 90-something member told us, “I came out of my shell — at 70!”

And yet we spend billions on products promising to make the years vanish from our faces. Anti-aging is the new black.

I was self-conscious enough about my decision that I did a lot of homework before I started. The hardest part was not knowing what I’d look like in the end, and having to go on faith that I’d be happy with it. Good thing I came from a people who were willing to roam a desert for 40 years without even a postcard of their final destination. (Not to mention the fact that they were led by an 80-year-old Moses.)

Going gray is complicated. No two grays are exactly the same color, even on the same head. Some women have Susan Sontag shocks of white in a sea of brown, while others are whiter in the front and grayer or browner in the back. The permutations are limitless. That’s why what would seem the simplest approach — just dyeing it all gray — doesn’t work.

Which brings us to the dreaded transition phase, aka The Skunk Line that sprouts from the tops of our heads as our natural color starts growing in. It’s not a good look for most of us, including psychologists. I reminded myself that if I could handle losing two-thirds of my hair during chemotherapy a decade earlier, I should be able to deal with the skunk now. At least I’d have all my hair this time. The perspective of age at work. Though I had to remind myself more than once.

I knew from experience how hard the process could be, psychologically and even socially. I’d gone natural once before, in my 40s. “Get rid of that gray!” one friend chided regularly. My hair color was an unwanted reminder that they were aging, too. One day, I finally gave in, and the chiding stopped.

This time around, I read a lot of blogs and looked at a lot of Pinterest photos. I joined a Facebook group called Gray and Proud, where I got support, inspiration and practical advice. We shared pictures of our “sparklies” as they came in. And lots of stories. Strangers offering helpful hints that it might be time for a trip to the salon. Sisters making nasty cracks. One young mother with beautiful silver hair was accused by another mother of damaging her 3-year-old son: He might have trouble telling the difference between his mother and grandmother!

I particularly enjoyed looking at the group members’ Before, During and After photos, to get a sense of the many different ways to rock the grays, whites and silvers. Many women looked so much better with their natural hair color. Interestingly, they often looked younger.

I eased into my own transition by getting highlights and lowlights to soften the demarcation line. I was also helped by the ombre hairstyle trend that suddenly made two-toned hair fashionable. Ironically, I got more compliments on my hair color during this period than I ever had before.

Now at 54, the process is done. I wouldn’t go so far as calling it a crown of glory, but I enjoy my hair’s almost kaleidoscopic array of grays, whites, dirty blondes and browns. I enjoy even more the fact that I never have to worry about roots again. I don’t concern myself about others’ opinions, whether pro or con. And I don’t judge women who make different choices. Interestingly, people are often surprised to learn that my hair isn’t colored.

Mindy Greenstein is a clinical psychologist and author. Her essays have appeared in The New York Times, The Washington Post, SELF and elsewhere. Greenstein is the author/co-author of two books, “The House on Crash Corner” and “Lighter as We Go: Virtues, Character Strengths, and Aging,” which was selected by The Wall Street Journal as one of the best books of the year on life after 50. Photos of Mindy’s transition appear in the upcoming book “Silver Hair: Say Goodbye to the Dye and Let Your Natural Light Shine” (Workman), out in Feb 2018. Greenstein lives in New York with her husband and two sons.

Why I Went Gray