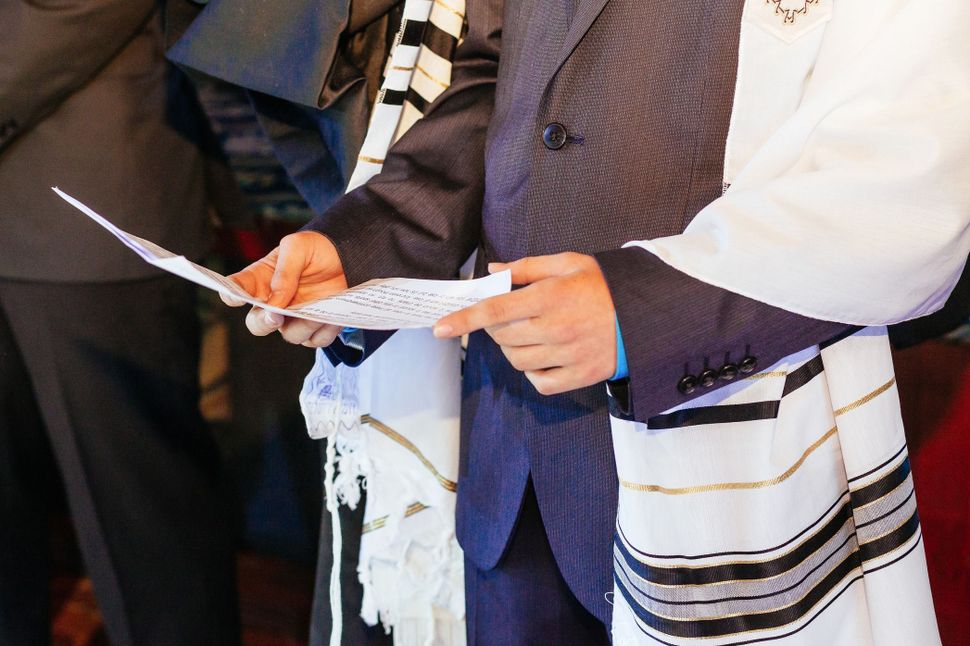 My journey, both personally and professionally, in Orthodox and non-Orthodox circles alike, has introduced me to a surprising divide, one that does not map neatly onto the denominational divide but evokes diverging passions that grow more animated as one moves from right to left.

Namely: The practice of reading in shul.

Every year I try to remember to ask on Facebook what people are reading in shul, and the answers divide between the enthusiasts who post the book they are planning to read, and the horrified who are scandalized by the practice. Often among this latter group are members of the rabbinate who assume that the practice is disrespectful, a sign of extreme boredom, and/or otherwise bizarre.

But I have read in shul for as long as I can remember – on the long-haul High Holy Days, of course, but also during regular Shabbat services – and I am shocked by the shock. I think it is a noble and worthy practice, and deserves an ode.

Actually, shul itself promotes reading in shul. The books – siddur, humash, mahzor – have swollen in size, thanks to the proliferation of longer and more elaborate commentary, whether in liner notes or in long essays on major themes in the back. If you are stuck with an ArtScroll, you can read the catalogs of Jewish laws pertaining to prayer in the back; and if you exhaust the interpretive offerings, every one of these books has an onerous introduction by the translator in the front as well. In Israel, there is a whole industry of pamphlets produced for Shabbat reading which are distributed at shul. In my synagogue, as I’m sure is common everywhere else, the greeter offers the incoming worshipper a synagogue newsletter of sorts – like the scorecard at a ball game – which is mostly boring but for the periodic new announcement, and the box scores of illness, life, and death that mark the passage of time in a congregation. All of these are in shul, begging to be read.

But the real shul reader knows better than to count on the availability – or lack thereof – of interesting reading material in the back of the pew by their knees, and comes prepared with a book or some printed material to while away the inevitable slow and boring parts of services (and unless you are in a shortened, theatrical, or otherwise novelty-filled version of services, there will be slow and boring parts.) I like to believe that Rabbi Soloveitchik had his famous book “On Repentance” published perfectly sized to fit in a tallit bag for precisely this reason. Those who really knew how to repent already in prayer, in other words, didn’t need the reminder manual; the rest of us, however…

So I believe the practice is meritorious, and that rabbis should embrace seeing it in their congregants rather than condemning it, and I offer three main reasons:

First, reading in shul incentivizes coming on time. Sitting for five hours is far less intimidating when I can spend some of it with my nose in a book! Pray most of the time, stand up periodically, listen attentively to a sermon, and read during the dragging parts: altogether, a not terrible way to spend a morning.

Second, reading in shul amortizes the spiritual quest. Repenting takes time and work, and kavvanah – spiritual intentionality – creates a lot of pressure. Taking a break to read a book is like a steam valve release on the intensity of religious experience, which offers the possibility of attainment of the spiritual quest without exhausting the worshipper. For some of us, the cognitive is also a pathway to spiritual fulfillment. It is not by chance that the rabbis of the Talmud preferred to pray among their books in the study house rather than among the people in the synagogue. Learning, thinking, aspiring, and praying can be correlative experiences rather than distractions from one another.

And third, the congregant who reads is an empowered congregant. One of the biggest gaps between Orthodoxy and the liberal denominations is the prevalence in the latter of the expectation that the service officiants – rabbis and cantors – are performers of a religious experience for and on behalf of the congregation. In fact, the emissary does not exonerate the congregation from its responsibilities – as a set of religiously empowered individuals, and as a collective entity – from taking responsibility for its religious performance. The congregant who sits periodically and reads is signaling to the rabbi that she is not there to be entertained by the clergy on stage, but is an autonomous member of the congregation taking ownership of her spiritual experience. I should think that this would be a gift to a rabbi.

With all that in mind, some advice – from experience – on do’s and don’ts:

Do choose reading material that can be digestible in short nuggets; don’t choose material that will so intensely engross you that you will lose track of the ark openings, or distract you from the moments of joyous group singing. One friend of mine kept with him a book of short Hasidic teachings for over a year at shul, which he was able to dive into – and out of – quite easily, and which was substantive enough to be meaningful but cut into short enough excerpts that made it shul-friendly. And this was a friend who really liked davening.

Do choose thematically-relevant, spiritually-nourishing, and/or inspiring reading material; don’t choose titles that will distract other worshippers with unnecessary provocations (like another friend who agitated a quarter of the men’s section of his shul while reading Moshe Halbertal’s Idolatry – a perfectly respectable work of Jewish scholarship, but for the fact that it seemed to others to be an instruction manual.) The exception to this rule is children, who should be allowed to read whatever they want to read in shul, because it is great that they are in shul, and as we know, the love of Judaism can be gained by passive osmosis.

Do bring shareable material – the online Jewish thought publication “The Lehrhaus” offers PDF versions of their articles before Shabbat and holidays, knowing the predilections of their audience – and leave it in the pews. There is nothing better than showing up at shul having forgotten your book at home, only to discover a rich body of reading material left behind. But don’t start discussion groups in the pews of the reading material. Remember, this is all in service of your and the community’s spiritual experience, and not a competing performance.

Also: don’t read during the rabbi’s sermon. Reading is really more of a “repetition of the amidah” activity. If it helps, think of the sermon as a written piece that the rabbi worked really hard on, and that they are reading aloud to you.

So happy reading! This year, my Facebook friends are recommending Ilana Kurshan’s magnificent new memoir If All the Seas Were Ink, Alan Lew’s This Is Real and You Are Completely Unprepared (a perennial choice), and the poetry of Yehuda Amichai. I started and am enjoying Jeffrey Rosen’s new biography of Louis Brandeis.

Thank God, the Jewish canon is broad, and shul is long, and we can get through this together.

Yehuda Kurtzer is President of the Shalom Hartman Institute of North America and author of ‘Shuva: The Future of the Jewish Past’, which also fits neatly in a tallis bag.