A Holocaust Survivor Inspires The Ex-Incarcerated 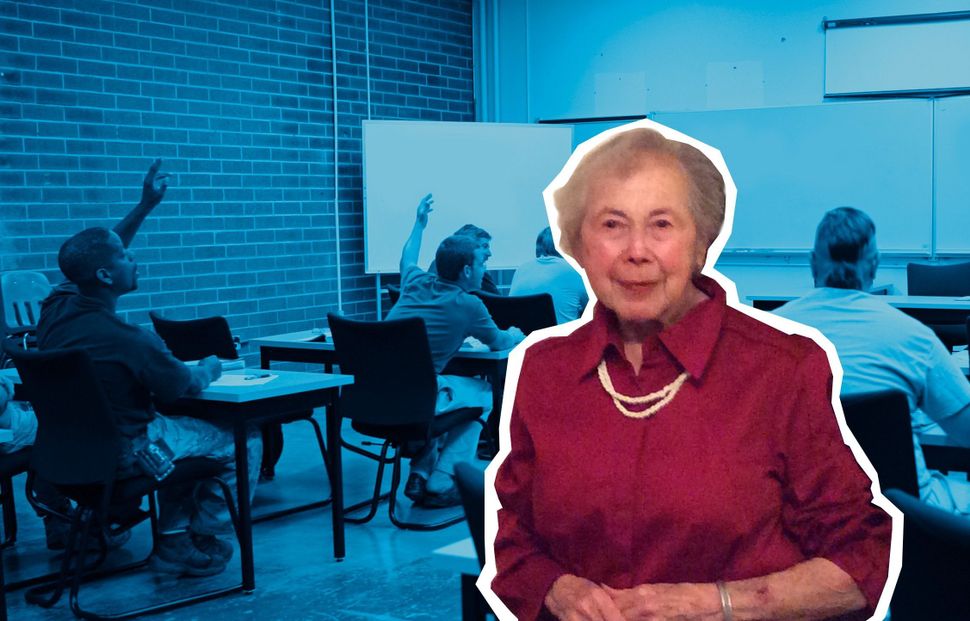 Earlier this month, Hedy Pagremansky, a radiant 4’9” woman of 89, spoke on the 73rd anniversary of her late husband Erich’s liberation from Dachau.

It was not the usual Holocaust memorial ceremony — but a gathering of some fifty formerly incarcerated men and women, who probably have a thousand years of prison time between them. The event was held at the Castle, the handsome Harlem residence for ex-inmates run by the Fortune Society, a reentry organization that helps thousands navigate the welfare system and find housing, recovery and work.

Hedy, an artist — her painting, “Yonah Schimmel Knish Bakery,” is in the permanent collection of the Museum of the City of New York — survived the Holocaust as a hidden child in Vienna, for six months, until she and her family fled to Panama. For her, racial discrimination would be forever personal. When she was admitted to the American Academy of Art in Chicago, she was shocked by American segregation of black people. “My childhood in the six months of being a Jew during the Hitler regime had given me the knowledge that I could not remain in a country where I was part of segregation,” she says today. 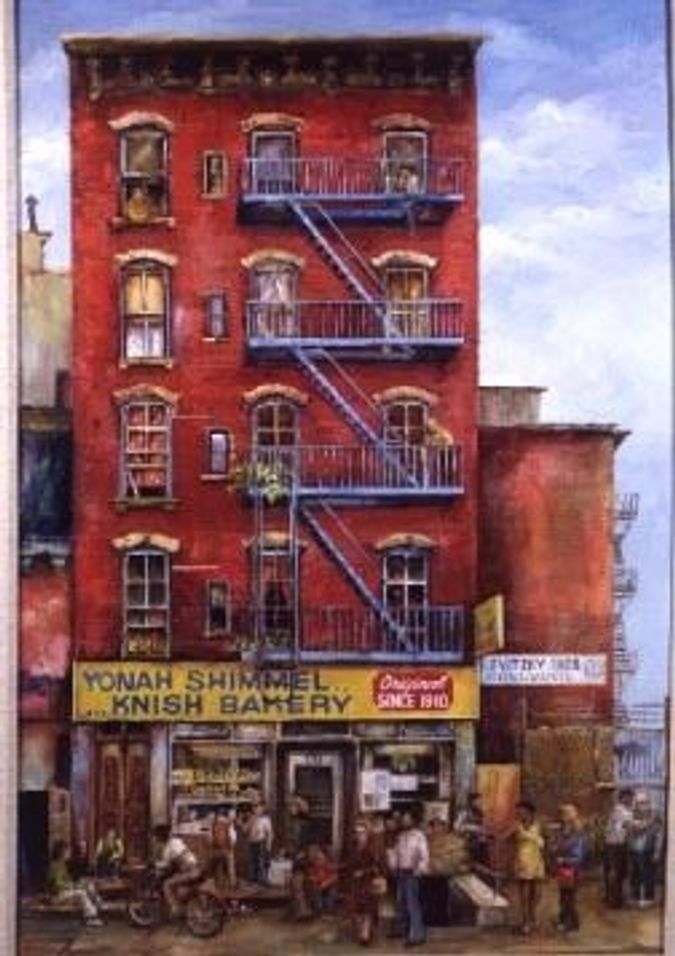 Hedy has been a long-time volunteer with the Fortune Society, where her daughter JoAnne is the executive director, and holds regular Skype sessions with Fortune clients on Tuesdays.

Hedy’s husband Erich, a Holocaust survivor who rode a motorcycle and carried a gun (he vowed he would never go quietly again in his life) was a volunteer counselor at Fortune and Sing Sing for fifty years until he died last year. “The moment you say someone is subhuman, you can do anything,” he used to say.

Hedy tells their story often to the Fortune Society clients.

“When he proposed marriage, he said to me, `A part of my life is a closed book.You have to understand I won’t open it for anybody. It’s my anger. I won’t let anyone touch it,’” Hedy reminisced. “That closed book opened a lot when he began to do volunteer work in Sing Sing and at Fortune. It was the prison work that cured him. He had this rage under ground level. He was able to speak to people who understood the rage of being locked up in a cage and he was able to help them by speaking of survival. It helped him understand himself.”

Most of Hedy’s and Erich’s families were killed by the Nazis. In Dachau, Erich was separated from his mother, whom he never saw again.

“He told me he was so filled with hate that the Nazis could not kill him,” Hedy said. “He hated so much that he would not let them win. But when he was free, that anger would not leave him. He felt that somehow he would have to liberate himself from it or it would tear him apart. He chose to be a survivor and not a victim. A student asked him how he had gotten rid of his bitterness and hate. He said, `That hate was like a poison in my throat. It covered who I was. And year after year, I would tear out piece after piece until finally it was all out and I could find myself underneath again.’”

Hedy demonstrates Erich’s gesture that portrayed how he overcame anger, reaching at her throat and pulling the anger out. “Let it go,” she said. “You can’t hurt the person who hurt you. That person isn’t there. And if you hold on to the rage, they win.”

It was like opening a spigot. Audience members instantly began to open up.

“I can’t remember a day I didn’t jump off my bike and pull somebody out of a car,” Elton Reed said. “My anger got me arrested. You’re right, I let the bastards win. And I refuse to let them win again. It’s difficult. Thank you for reminding me.”

“I have a lot of rage and it helped me survive,” said Eric Baez. “It was a tool that kept me cognizant as I’m looking around and seeing my fellow prisoners losing their minds, their hearts and their souls. That rage caused me to do 28 1/2 years. I saw the look on my mother’s face when she visited me: My son, he’s losing his soul now. But as the years went by, I changed. I would tell my fellow prisoners, Don’t let them win, don’t let them kill you inside. And I’m going to tell you this, Madam, they did not win.”

One man, named Kelly Kearse, spoke about the meaning of his first bicycle after prison. “I would have these dreams in prison about bike-riding and getting back in life, all that I missed all those years,” he told the group. “So today I finally got a chance to go on a bike. I was afraid I would fall but I still have my balance. I bought a bike for forty dollars. Now I’m listening to you talk about `Let it go.’ That is how I let it go! I was rolling down Henry Hudson Parkway, down and back. And I’m just….I’m just happy…I try to explain to my family and they’re like, ‘Okay, you got a bike.’ But that bike to me is like, wow! You know, it’s really golden. I get on and I go! I got my helmet! That’s my story.”

Hedy smiled. “Because you won! You won! You didn’t let them win. Because nobody puts you into prison to make you happy, okay? And if you create the world that you enjoy, you win,” she said, a hint of a Viennese accent lingering in her voice.

David Evanier is the author of ten books including “The One-Star Jew,” “The Great Kisser” and “Red Love.”

A Holocaust Survivor Inspires The Ex-Incarcerated