A Comprehensive Guide To The Best Hanukkah Songs Of All Time 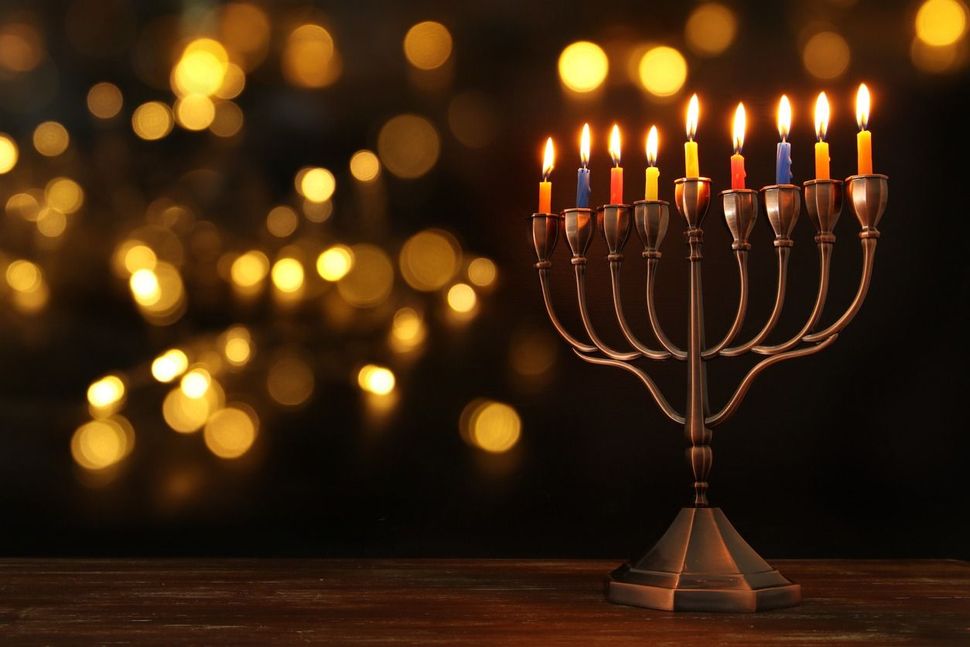 Party down Image by iStock

“There are no good Hanukkah songs!”

Friends, Assyrian-Greeks, countrymen — we need to put this nasty rumor to rest. No, we’ll never have the sheer corporate bandwidth or people power of Christmas, but we don’t need to. We have our own dirge-like classics, anthropomorphic food songs, kiddy jams, and religious hymns!

Here they are, categorized in genres with YouTube links. A Spotify playlist (slightly edited due to availability) is down below.

The songs that make it feel like Hanukkah.
Maoz Tzur/Rock of Ages – A 13th century classic.(We’re partial to this sweeping Maccabeats version. We also love this incredible Ashkenazi take by Cantor Pinchos Borenstein.)
Mi Yimalel – Based on Psalms 106:2. (Here’s a gorgeous version by singers from Boys Town Jerusalem, and a great cover by The Weavers.)
Ner Li – A traditional Israeli Hanukkah song. (This beautiful rendition is by Abigail Lapell and Laura Spink.)
Al Hanisim – Lyrics derived from the traditional Hanukkah liturgy. (Here’s a classic 70’s-era version.)
Sevivon Sov Sov Sov – Israel’s favorite dreidel song. (Here’s Israeli artist Dafna’s take on the song.)
Hanukkah, Oh Hanukkah – People expect this one, which was originally written in Yiddish. (Here’s the over-the-top cover from the TV show “Glee.”)
Hanerot Hallalu – From a chant in the Talmud (Soferim 20:6,) the title means “We Light These Lights.” (Gershon Sirota, the world-famous cantor who performed at Carnegie Hall and died in the Warsaw Ghetto uprising, leads this version.)

The coolest Hanukkah songs written in the last 1,000-or-so years.
Miracle — Matisyahu
8 Days of Hanukkah — Sharon Jones & the Dap-Kings
Feast of Lights — They Might Be Giants
Judah and the Maccabees – Damon and Naomi

Have a gentle Hanukkah with the help of our mellow-voiced matriarchs and patriarchs.
Light One Candle – Peter, Paul and Mary
Oco Kandelikas – Flory Jagoda
The Many and the Few – Woody Guthrie (This is the most realistic telling of the Hanukkah story you’ll hear.)
Hanukkah Dance — Woody Guthrie

Cheery ear-worms that will entertain your kids but not make you wish night eight would show up any earlier than it does.
Judah Maccabee — Rabbi Joe Black
The Dreidel Song – Debbie Friedman

Anything by Li’l Dicky – we don’t support Chris Brown-apologist Lil Dicky in this house.

Proof Hanukkah Songs Can Be Just As Annoying As Christmas Songs

A Comprehensive Guide To The Best Hanukkah Songs Of All Time