No, Esther Did Not Enter A Beauty Pageant: 3 Myths About Purim 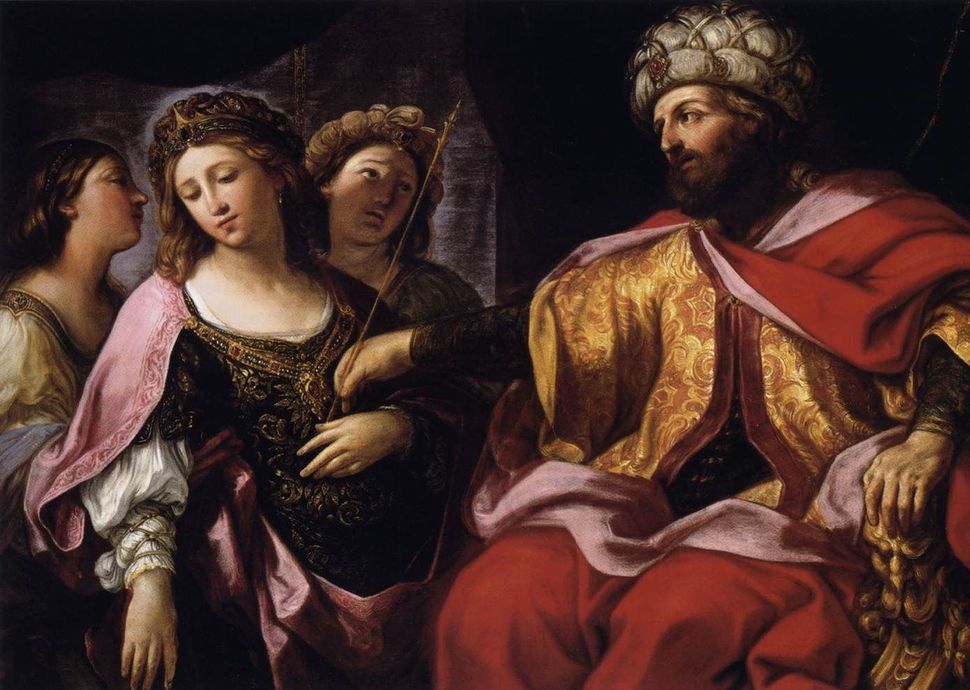 Myth 1: Esther entered a royal beauty pageant to audition to be the queen

Let’s look at what the Megillah actually says – “When the king’s order and edict was proclaimed, and when many girls were assembled in the royal province of Shushan under the supervision of Hegai, Esther too was taken into the king’s palace under the supervision of Hegai, guardian of the women.” The passive tense of the word החקתו – “and she was taken” – hints at the fact that Esther was rounded up against her will, kept in the palace, and then raped each day by the Persian king, remaining passive because resistance would have meant being killed.

According to our tradition, Esther was not a beauty queen, but rather a Jewish woman who was victimized, coerced, and subject to horrible circumstances. The appointment of Esther – a righteous Jewish woman – as Queen of the Persian Empire was not a cause for celebration for the Jews, but rather a tragedy.

In retrospect, Mordechai later alluded that this tragedy was part of God’s plan to save the Jewish people.

Myth 2: Mordechai was an ordinary Jew who overheard an assassination plot.

According to the Talmud in Masechet Megillah, Mordechai was a member of the Great Sanhedrin, the governing body of the Jewish people. It was standard for members of the Great Sanhedrin to know many languages, and our sages explain that Mordechai was only able to discover the royal assassination plot because, as a member of the Sanhedrin, he understood the obscure Mediterranean language of Tarshish in which the king’s two conspiring officials discussed their plot.

Being part of the Great Sanhedrin was a big deal. Mordechai and its other members were intellectual and spiritual giants. They were required to possess wisdom, humility, the fear of God, a loathing for money, and a love for truth. They were required to be beloved by people at large, and to have an untarnished reputation, unique distinction in their Torah scholarship, and a broad knowledge of the intellectual disciplines.

And Mordechai was not a politician. He didn’t become part of the Sanhedrin by campaigning. Rather, according to Maimonides, the Great Sanhedrin sent emissaries throughout the entire land of Israel to seek out worldly individuals of the highest moral standards to become local judges. Mordechai was then promoted, first to a court at the Temple Mount’s entrance, then to a court at the Temple Courtyard’s entrance, and then to the Great Sanhedrin.

Myth 3: The custom of wearing masks and costumes on Purim is the Jewish answer to Halloween.

The custom actually dates back at least 500 years. The concept of wearing a “mask” is central to Purim: the theme of concealment is present throughout the whole Megillah.

Esther hid her Jewish identity and her plans from Achashverosh while she worked to win his favor and revoke Haman’s decree. The account of Mordechai saving the king’s life was hidden away in a royal book until, at the right moment, Mordechai’s heroic actions were revealed. Esther’s name itself even means “concealment”, as God states in Deuteronomy 31:18, “I will indeed hide [hester astir] my face on that day, because of all the evil that they will have committed when they turn to other deities.” And even God is hidden in the story of Purim – though we believe that God was behind everything, the Megillah excludes any mention of His name.

Similarly, the Jewish understanding is that God is deeply and actively involved in the world today – in a hidden manner. Hence, Jewish law requires that each day we thank God for “[His] miracles that are with us every day and for [His] wondrous deeds and favors at all times: evening, morning and noon.”

Similarly Nachmanides states that the purpose of big, revealed miracles is so that people will “come to accept the hidden miracles as well, as they are the foundation of the entire Torah…Both among the general population, and the individual.” To live with an awareness of these hidden miracles is a foundation in the life of a Jew, and dressing up on Purim is one way that we express that awareness.

The Megillah teaches us to recognize and to value that which is hidden from us ― our survival came only through Esther’s hidden identity and a hidden account of Mordechai’s heroic actions. It is only through the coincidence of Esther’s tragic victimhood and Mordechai’s background as a member of the Great Sanhedrin that the Jewish people were ultimately saved.

Zachary Epstein (zacharybepstein@gmail.com) is a physics PhD candidate at the University of Maryland. His research involves nonlinear optics and defense applications. He loves learning new things, performing music, and writing. He currently lives in Baltimore’s vibrant, diverse Jewish community with his wife Nadine.

No, Esther Did Not Enter A Beauty Pageant: 3 Myths About Purim