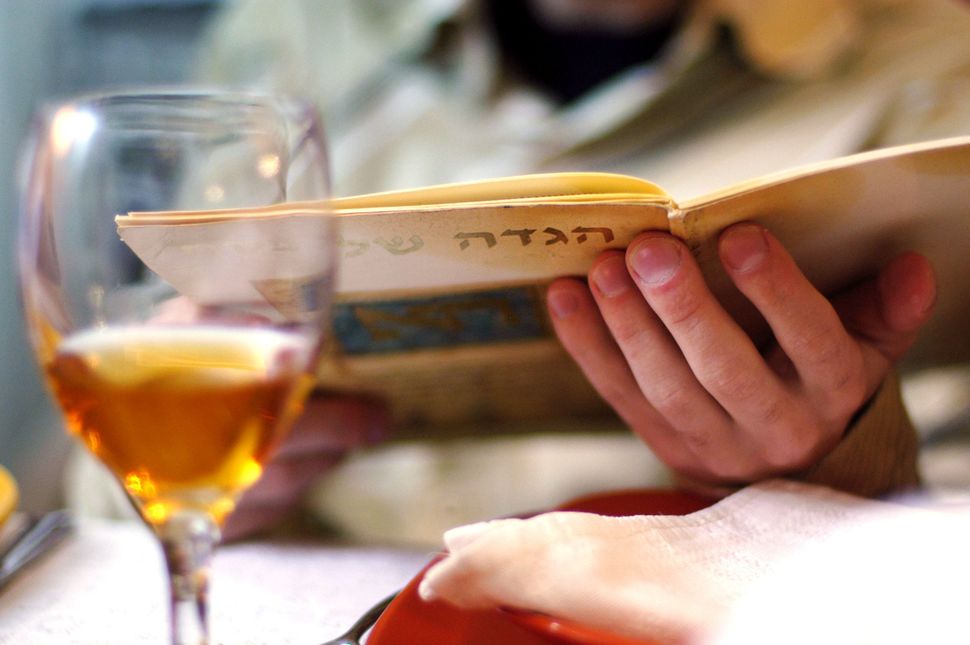 We asked eight Jewish community leaders how they will lead a progressive Seder this year — here’s what they said:

Make it truly inclusive: The most progressive thing you can do at a seder is take seriously the line “kol difchin” and “kol ditzrich.” Find a way to include the hungry and those in need in your Passover celebrations. Invite someone who is on the margins and bring them to your table, or make it possible for them to have a dignified, liberating Pesach seder of their own. We do this at our synagogue by hosting an Open Seder for all, at no charge, the first night of Pesach – all are welcome to join!

Make it conversational: The Haggadah itself is a tremendous meditation on oppression and freedom, liberation and what it takes to get there. We can dig deep into the story: When and how does power shift? What is demanded of each of the players in the story? What are their opportunities, demands and costs? What can that teach us now? What does Pharoah look like today? Moses? The Israelites? The Egyptians? When are we each of these people and what are our obligations? How can we make sense of God’s role in stories of oppression and liberation today? The person leading the seder can plan out some strategic times to bring these sorts of questions into the conversation, or write them on notecards and deal them out—and each seder participant can “play” theirs when it feels like time, or invite people to bring their own questions about oppression and liberation and to bring them into the discussion as feels right (or to stop at strategic times to make room for them.)

Isaiah Rothstein is the Rabbi-in-Residence at Hazon, the Jewish Lab for Sustainability and the leader of the Zayah band.

Make it personal: If you are leading a Seder with less than 35 people — have everyone introduce themselves, use a prompt like: What brings you here and a Passover memory. If it is larger, poll the room — “Raise your hand if…” — ask them questions around Jewish identity, personal experiences.

Cultivate a sense of utility, and make it collaborative: Yes, every good party needs a host, a facilitator, but make sure you try to reach people where they are at, and ask people to share or volunteer — there is no one way to lead a seder, so inviting people before hand to lead an intention before a section gives people a sense of utility.

Pertinent issues of the generation: The Seder is already designed to help participants become aware of the Pharaoh in every generation while also creating a sense of hope, that even in the eyes of oppressors, the Covenantal Legacy of Judaism is alive within each of us. So whatever that Pharoah might be, or revolution you stand behind (restructure of power, gender rights, race, climate justice), it can be accessed via the seder.

Make it current: “In every generation, there are those who seek our destruction,” the Haggadah text says. On the Seder night, we retell the story of Exodus, we are reminded of our obligation to take action in the face of hatred and violence, no matter whom it’s against.

That’s why we at Integrity First for America are suing the two dozen neo-Nazis and white supremacists responsible for the Charlottesville violence, taking on the leadership of the violent white nationalist movement in court. And it’s why we created a seder supplement, to explore our obligation to confront modern day injustice and provide seder guests with a way to do so. Check out our supplement here, and use it as a discussion guide with your family and friends, asking one another: “What gives you hope and sustains you right now? What can you personally do to fight hate in our generation? How can you support those on the front lines?”

This year at the Seder – remember that the Passover story is not just history. It is a timeless metaphor for the denial of dignity, liberty and freedom of expression – within each one of us and for all beings on the planet.

The sole role of the ritual of Passover is to remind us where we come from, how precious freedom is, and how each of us must do what we can to promote the liberty and dignity of others.

Add a shoelace to your Seder plate: In thinking about the 92,607 migrants and refugees who in March of 2019 alone were detained after crossing the US Mexico border, I was struck by the fact that one of the first things that our US Customs and Border Patrol (USCBP) does is force these tired and vulnerable people to remove their shoelaces. Apparently anything, even the shoelaces of young children, considered “nonessential and potentially lethal” is confiscated. How ironic, distasteful and shameful that such an inexpensive, low tech and highly efficient piece of string that guided these migrants through deserts and rivers must be personally unlaced and surrendered to a tax payer funded USCBP agent. This is all done in the name of safety and protection. But who exactly enjoys increased safety and better protection when migrants and refugees are degraded and their shoes fall off?

Our Israelite ancestors did not cross over into a promised land with the help of the 18th-century shoe lace, and I am unsure what held together the shoes of my border crossing German and Italian refugee ancestors when they arrived in Brazil in 1939. As we prepare for Pesach, let us be reminded of A.J. Heschel who taught that in any society “some are guilty but all are responsible.”

So in 2019/5779, corresponding to the third year of Pharaoh Trump’s reign, I invite you to place a worn, dusty shoe lace on your Seder plates. What might the shoelaces force your Seder participants to investigate and acknowledge? Shoelaces might also serve as new friends and allies to some of the other symbols – the haroset/mortar, salt water and the orange. Imagine the scintillating conversations and arguments these symbols might even have amongst themselves…

Envision what ‘next year in Jerusalem’ looks like: There are so many ways to bring social justice or contemporary issues into the seder—so many resource and discussion guides available on the web (including many produced by T’ruah) —that it’s important not to jam too much in. The essence of the seder is asking questions—and the best questions are the ones we don’t already know the answers to, the ones that energize us. Moreover, the structure and arc of the seder are important; it’s more than just an organizing meeting. The medium is the message. When you get to the end and sing “Leshanah haba’ah biYerushalaym, next year in Jerusalem,” will you and your guests feel a newfound sense of possibility, of imagining how the world might be different next year? If you do, then it has been a seder for justice.

The Exodus story isn’t only about us. Something I’ve noticed about the seder that I’ve always found strange is that for as much as it’s about telling the story of the Exodus from Egypt, the exact story from the Torah is nowhere in there. You would think – if the entire point is about telling this story to your children, there’s a very simple way to do that. Pick up a copy of the Hebrew Bible, open up to the book of Exodus, Chapter 1, and read word for word about how the Israelites went down to Egypt, were enslaved to a cruel Pharaoh, and then God told Moses to tell Pharaoh, “Let My People Go!”, etc.

But, strangely, the haggadah doesn’t include the story word for word. There’s a lot of commentary on the story, but the core narrative is left out.

And I think this is intentional. Because the point isn’t about telling one master, universal narrative of slavery that is the same across time and history. The point is telling each individual’s own personal story, refracted through their own experience, which means that each version will be different. The line is the Torah is: V’higadeta l’vanecha – you shall tell your children: This is what God did for ME when I was taken out of Egypt.

Which means – we’ve gotta hear multiple stories of liberation – and not just from the people around our table. So find and tell stories of liberation at your seder that were written by and about people whose life experiences you will never know – like for example, the story of Hamid, a refugee from Afghanistan whose story is one of many refugee stories in this year’s Passover Haggadah from HIAS. His family lived under the constant threat of the Taliban, and after the Taliban tried to run him over with a car, his parents, fearing for his life, sent him to Iran and then on to Greece. He tells his story:

“I was just 17 when I came once more close to dying, this time in my attempt to cross to Samos on a boat from Turkey, along with four more Afghans. I had never seen the sea before and although I knew how to swim, the waves terrified me. When the sea got really rough and the oars of the boat broke one after another, there was panic. I was rowing with all the strength I had in me. What kept me going was a 13-year-old boy who was constantly asking me ‘If I fall in the sea, will you save me?’ ‘As long as I am alive, you have nothing to fear,’ I kept telling him.

Encourage people to share their own stories, whoever they are, whatever their stories are, keeping in mind that the people you invite around your table contribute to this telling and retelling project.