After the weeks of Jewish holidays, the last thing I wanted was another celebration.

“Why can’t we trick-or-treat?” my kids wanted to know a few days before Halloween.

“It’s not a Jewish holiday,” I answered automatically, the same words that I’d always spoken and that my mother had once spoken to me. Until this year, I assumed that my kids would continue to do as I’d once done: Wait with bated breath for the doorbell to ring, then hand out candy to the costumed kids. This was as close as my siblings and I could get to a holiday that — my mother explained — wasn’t ours.

This year, though, little was the same. This was a year of firsts — the year in which my husband and I were getting divorced and I was leaving the Orthodox world in which I was raised and had always lived. After years of telling myself that I didn’t think what I did think, didn’t feel what I did feel, I’d arrived at the end of the supposed-to-be world, which, until now, was the only one that had existed. Here was the way the world was made and here was the way the world worked. Here was what I was to do and here was who I was supposed to be. Every decision I’d made until this year had been stacked on top of those truths. But once the foundation had started to shake, everything else did as well.

“Neither is Thanksgiving, and we celebrate that,” they shot back, a good point among many possible good points.

When I was a child, Halloween had never seemed like an option. Each October, my elementary school principal sent home a letter detailing the pagan origins of Halloween and stating unequivocally that Jews should not participate. Despite the letter, a few of my not-exactly-Orthodox classmates did go trick-or-treating, and though it was never acknowledged outright, there were murmurings the next day in school about costumes and candy. Having taken to heart the admonitions of the letter — actual paganism in our midst! — I found it hard to imagine some of my friends, usually dressed in their regulation school uniforms, costumed like forbidden ghosts or witches and let loose in the night. A line was drawn. In my mind, they became part of the category of those not like me.

It was a lesson I learned again and again: to draw those lines, to put in place the barriers between us and them. We were to be separate and special. We were to classify and judge. We did not risk mixing with those not like us, for fear that we would be swayed from who we were supposed to be. Even inside our own secluded world, we had to be careful. Our every thought was subject to evaluation. Every person, every action, could be plotted on a grid good and bad. How lucky I was; of all the people on earth, I was among those born to the sole truth.

Then I left, and the lines were no longer starkly drawn. All those one-time statements of supposed fact turned upside down and became questions. There were no more assurances of easy goodness, no more ready-made badness either.

I looked at my kids, awaiting a response. Our lives were populated still with Jewish holidays and community — even in leaving, I was still very much a part — but perhaps there was room for this, too. Halloween itself had little appeal to me, but I decided that we could try it out, go trick-or-treating with non-Orthodox Jewish friends from my kids’ pluralist Jewish day school who didn’t believe that by asking for chocolate, they were becoming pagans or idolaters — who didn’t regard this night as a litmus test for their entire Jewish identity. They saw Halloween as it had come to exist now, a secular American tradition that didn’t need to mean more.

By early evening, families were out in groups, the mood neighborly. Soon the Boston winter would descend, and all of us would be ensconced inside our houses. “Happy Halloween,” everyone called, to witches and princesses, Red Sox players and vampires.

“Happy Halloween,” I said tentatively as a man handed a chocolate bar to my daughter, who was wearing a makeshift tooth fairy costume. I felt less a participant and more an observer: So this is how you do it in America, I texted a Jewish friend as we walked, who went trick-or-treating every year with his kids and found it funny that this ordinary event was so foreign to me.

My mind searched for a familiar correlative in order to ease the disorientation that made me feel like an immigrant in my own town. Though the holiday of Purim, with its costumes and baskets of candy, was the obvious comparison, I thought longingly of the ritual the night before Passover, when we made our way through a dark house, candles in hand, on a scavenger hunt of sorts, searching for any remnant of bread. Each time we came upon one of the cubes of bread my mother had placed on bookshelves and dressers beforehand, we shook our heads in mock surprise. Bread the night before Passover! Using the light of the candle, my father swept the piece of bread with a feather — carefully, carefully, so as not to leave behind any crumbs — into a wooden spoon and then deposited it in a plastic bag. The next morning, the pieces of bread were burned in a small foil pan in the driveway as we recited a blessing declaring that any forbidden food still in our possession — knowingly or unknowingly — should be like the dust of the earth. Anything we had was no longer ours.

As costumed kids ran around, I talked to neighbors whom I’d only started to get to know, as up till this point I would have been friends only with those neighbors who were like me, who lived as I did. I hadn’t realized how communal this night would feel, like an evening block party. If there was any nefarious purpose here, any paganism to be found, it was well hidden in the streets of suburban Newton, Massachusetts, which felt friendlier than most days, when we were locked inside our houses, shielded from one another inside our cars. I had worried that in leaving the Orthodox Jewish world, I would leave all forms of community behind — but being outside on this night reminded me that there were many kinds of communities to which you could belong.

When we got home, the kids took off their costumes and surveyed their candy. Then I got them ready for bed and for the next day at their pluralist Jewish day school, where all the kids would have done different things on this night and where they would need not be divided into such ready-made boxes, sealed in place with fixed categories. As for me, I foresaw no elaborate jack-o’-lantern carvings or skeleton displays in my future. This wasn’t a holiday about which I would make a stand, not a day that I could see myself caring much about either way. But what did matter to me was the notion that you didn’t have to stake a dividing line in every single place. You didn’t have to live with the premise that you had to be entirely inside or else be cast fully outside. From the kids’ stash, I pilfered a piece of chocolate. This night served as a reminder of what I was learning, again and again: There were many ways to be.

Adapted from “The Book of Separation” by Tova Mirvis. Copyright © 2017 by Tova Mirvis. Used by permission of Houghton Mifflin Harcourt Publishing Company. All rights reserved. 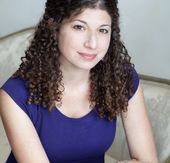