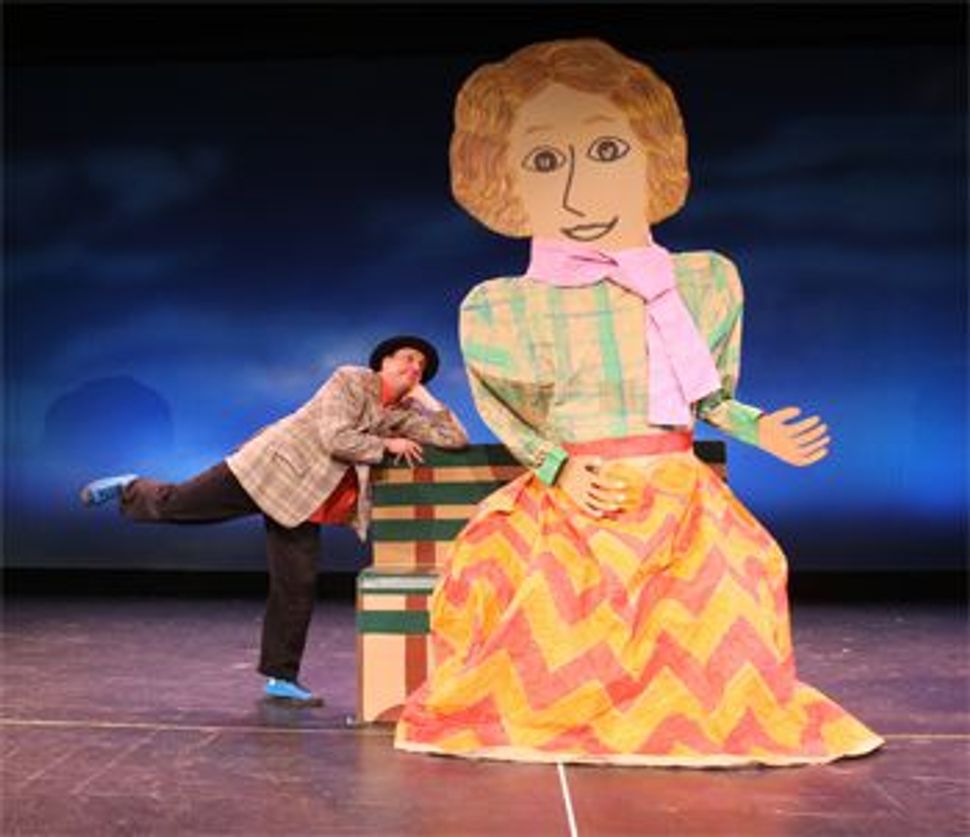 Is This Seat Taken? Kevin Richard Woodall, left, and Ted Brackett perform in ?Make A Little Room For Me!? Image by GERRY GOODSTEIN

When a 10-foot-tall woman made out of cardboard boxes continually knocks a man off the park bench the two are sitting on, causing his bowler to spin to the corner of the stage but his smile barely to waver, you know that you are either at avant-garde or children’s theater. If the props are made out of cardboard, and the quality of the show is as consistently high as it has been for 50 seasons, odds are it’s not the latest thing to hit off-off-Broadway, but the Paper Bag Players.

At a time when theater audiences are trending ever older, it’s almost impossible to overstate the importance of engaging children with challenging and accessible quality theater. The Paper Bag Players have always enjoyed presenting the experiences of children’s lives as theater by using dance, music, mime and onstage art in a way that respects kids’ ability to use their imagination. 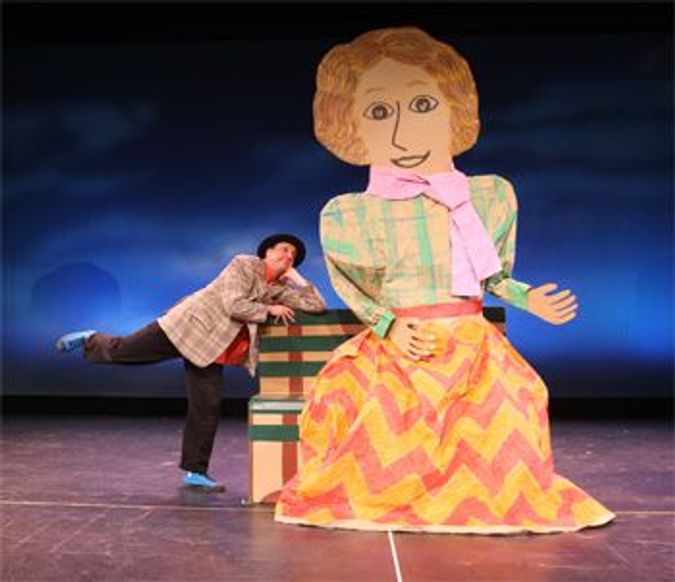 Is This Seat Taken? Kevin Richard Woodall, left, and Ted Brackett perform in ?Make A Little Room For Me!? Image by GERRY GOODSTEIN

In the late 1950s, when Judith Martin, Judith Liss and others first started performing in New York City, they had no intention of forming a theater. A motley crew of artists, actors and dancers, they began thinking in terms of children’s art only because Remy Charlip, one of the dancers, was also a children’s book writer. A word with Julian Beck, at the alternative performance venue the Living Theatre, and a show was arranged; a scavenged set of boxes later, and the troupe had costumes, props and, eventually, a name.

Little did these artists think that half a century (and an infusion of Donald Ashwander’s music) later, they’d have performed around the world. Martin’s contribution to the “Bags” and to youth drama over the years even merited her a chapter in a Seymour Brody’s “Jewish Heroes and Heroines of America.”

Although the players’ New York tours go uptown — including regular performances over the last 15 years at the Jewish Museum — and into Brooklyn, the Bags studio, just down the road from the old Forward building, stays true to its Lower East Side roots.

The players’ latest show, “Make a Little Room for Me,” includes revamped versions of old favorites about the dubious delights of bath time and trees growing feet to escape the ax, as well as some newer numbers. I caught it at Symphony Space in New York City and was impressed by the show itself, by the inventive, fun props and the verve of the actors — especially the excellent Kevin Richard Woodall. I was, however, a little disappointed when it leaned on hoary old stereotypes: hating school, despising baths and using fear as an educational tool.

Nevertheless, 3½ year-old Jonah Werring, veteran of opera, light opera and straight theater, was representative of hundreds of rapt young theatergoers in pronouncing his overall satisfaction with the performance. He noted that “Tree Angel” was “a little scary,” but the number did indeed provide an important lesson: Cutting-edge theater pushes the envelope, and sometimes that can feel uncomfortable.