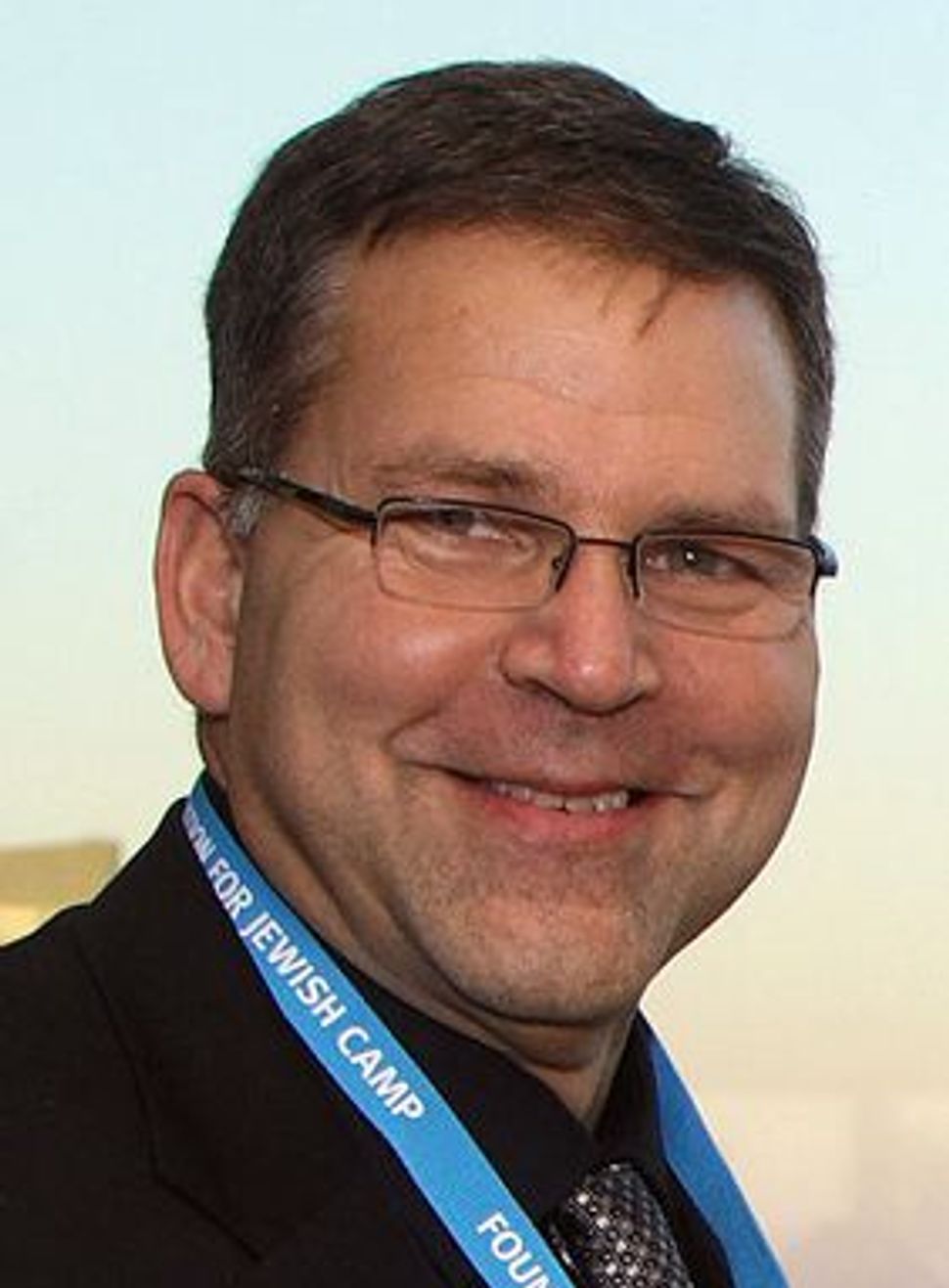 When Jerry Silverman was being considered for the job of CEO and president of United Jewish Communities, the umbrella organization of the North American Jewish federation system, he sought advice from a key constituency: his family. 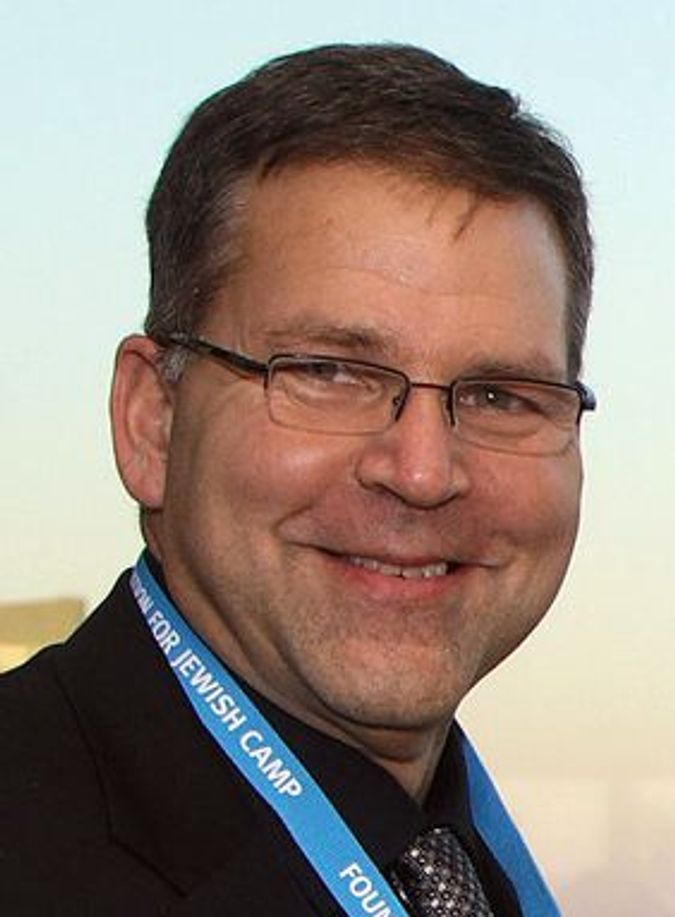 “We had a family meeting a few weeks ago, in the backyard after going to services on Shabbat,” Silverman said. As he and his wife and their five children lounged on deck chairs and blankets, he discussed the perils and possibilities of becoming the leader of the often fractious organization.

“My children and wife said this is an enormous opportunity, this is something you should do,” Silverman said. They voted, and, as UJC announced on July 6, Silverman took the job.

Supporters and detractors of UJC alike hope Silverman will bring that same open, casual, democratic approach to the organization, which has been criticized in recent years for being opaque and unresponsive to the needs of its 157 local federations, some of which have rebelled openly against the UJC’s dues structure and management style.

“It could be an Obama moment” for UJC, said Steven M. Cohen, a sociologist who studies the American Jewish community as a research professor at Hebrew Union College-Jewish Institute of Religion, and who praised Silverman: “He’s the most accomplished and the most promising communal Jewish professional of his generation.”

Silverman has never worked for the federation system. For the past five years, he has served as president of the Foundation for Jewish Camp; during his tenure, the foundation’s annual budget grew to $22 million from $1 million. Before that, he spent 25 years in the business world as an executive for Levi Strauss & Co. and the Stride Rite Corporation, where he oversaw such brands as Dockers and Keds.

Silverman’s outside status could help him at UJC, Cohen said: “He has little personal or ideological baggage with the prevailing powers within the federation system.”

Howard Rieger, the current president and CEO of UJC, is stepping down at the end of August after a five-year term. Rieger made $550,000 in the 2006–07 tax year and also received $150,000 annually to offset the cost of living in New York. UJC declined to disclose the salary of Silverman, who takes the reins September 30.

Richard Wexler, a founding architect of UJC whose bitter clashes with Rieger and others led him to leave the organization, said that Silverman will face a steep learning curve. “The current leadership is atonal — it doesn’t hear the music, except of its own voice,” Wexler complained of the organization. Silverman, on the other hand, “is a good listener and a quick study,” Wexler said. “I think he’s extremely courageous to take on a challenge like this, and I wish him success.”

Silverman will step into an organization struggling to stay afloat in a world of fewer charitable dollars and more needs, and struggling to define itself to a generation for whom loyalty to the federation system is anything but automatic.

UJC officials recently projected a 13% decrease in campaign fundraising across the board this year; the country’s largest federation, UJA-Federation of New York, reported that its 2008–09 campaign declined by 11% compared with the previous year. In response to their own budget woes, federations pressured UJC to cut its own budget, with various major federations suggesting reductions of 30% to 50%, and some calling for a complete restructuring — some might say dismantling — of UJC. In the end, UJC cut its 2009–10 budget by 18% and has laid off 31 employees in the past year.

UJC formed in 1999 as the product of a merger of three Jewish charities: the Council of Jewish Federations, United Jewish Appeal and United Israel Appeal. At times, local federations have bridled at their dues obligations to the national UJC organization, and the pressures of the recession have only exacerbated those tensions. In the past few years, the Detroit and Palm Beach, Fla., federations have rebelled openly against UJC, threatening to withhold dues, and many more federations have groused privately about the dues structure.

At UJC, Cohen said, Silverman will have his work cut out for him: “He needs to effect the transition of American Jewish communal life from one based upon community loyalty to one that addresses individual passion and the search for meaning. Jewish community can no longer be presumed. It has to be communicated. The federation movement needs to change, and the UJC needs to foster that change.”

Before he officially accepted the job, Silverman conducted a listening tour of sorts, speaking with federation leaders around the continent. “Across the board, there was a very strong sense of the criticality of having a strong national system that is very, very focused on really understanding and delivering added value to the federation as a whole, and a UJC that really listens to all the constituencies,” Silverman said.

Silverman said he sees the local federations as shareholders — and getting shareholders to invest in his vision, whether it’s a certain brand of khaki pants or the notion of a communal Jewish identity, is an area in which he has experience.

“I can only hope he can do for UJC what he did for us,” said Skip Vichness, president of the Foundation for Jewish Camp. Vichness said that Silverman put the foundation on the map by effectively communicating the link between Jewish camp experiences and Jewish identity, and selling investors on the importance of both.

“Jerry is a marketer. He understands brands, and he has that strong entrepreneurial spirit,” Vichness said. At the same time, Vichness said, he combines his business background with “Jewish neshama,” or soul. “He just cares about people, and that comes across.” Vichness citied as an example one time when a foundation board member needed surgery, and Silverman went out of his way to call on her and make sure she had what she needed.

Asked about his success at increasing the Foundation for Jewish Camp’s budget by 20-fold over five years, Silverman said jokingly, “It was not my good looks, that’s a promise.”

The key was “focusing on the product,” Silverman said — in this case, the Jewish camp experience. “We were able to position it in a modern way that really resonated with investors across America…. It all goes down to understanding who the consumer is and really putting that first and foremost.”

At UJC, he said, that means demonstrating to the federations, and their members, that the umbrella organization has value for them personally. “For every dollar our shareholders invest in UJC, they should truly feel they’re getting $2 to $3 back,” Silverman said.

Silverman’s particular combination of shrewd business acumen and genuine enthusiasm for Jewish causes “is a rarity in Jewish professional leadership,” Cohen said. It’s that combination of skills and passion that inspired Silverman to leave the corporate world for Jewish philanthropy in 2004.

Of course, when he made the career shift, his family had to vote on it first. They were unanimous, Silverman said: “So it was a done deal.”