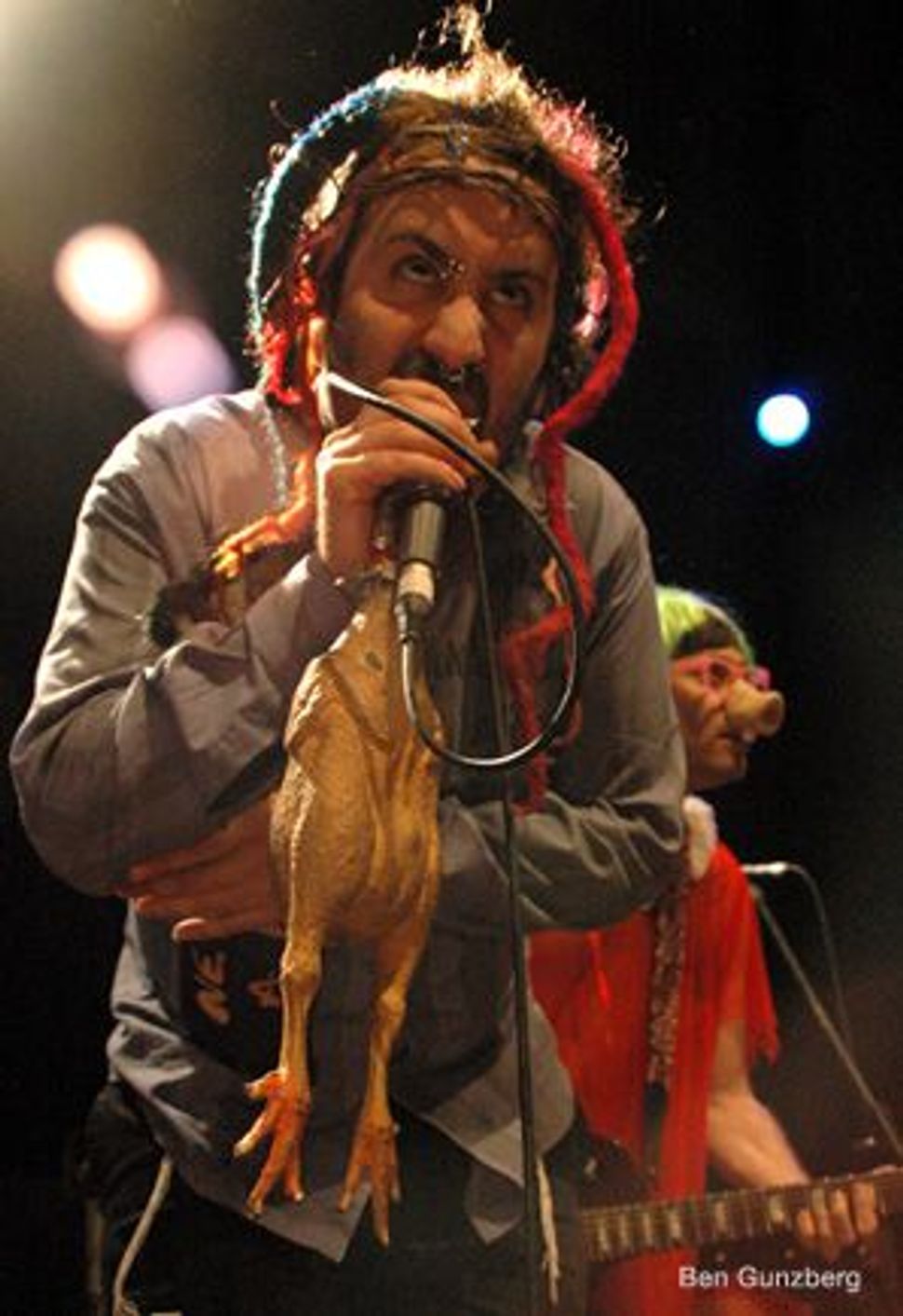 His face is peppered with multiple piercings, his neck is normally padlocked with a thick metal chain, and his dreadlocks are dyed bright orange and blood red. Bram Presser cuts an archetypal punk rock figure — but he does not blend into your average Sabbath-morning crowd. 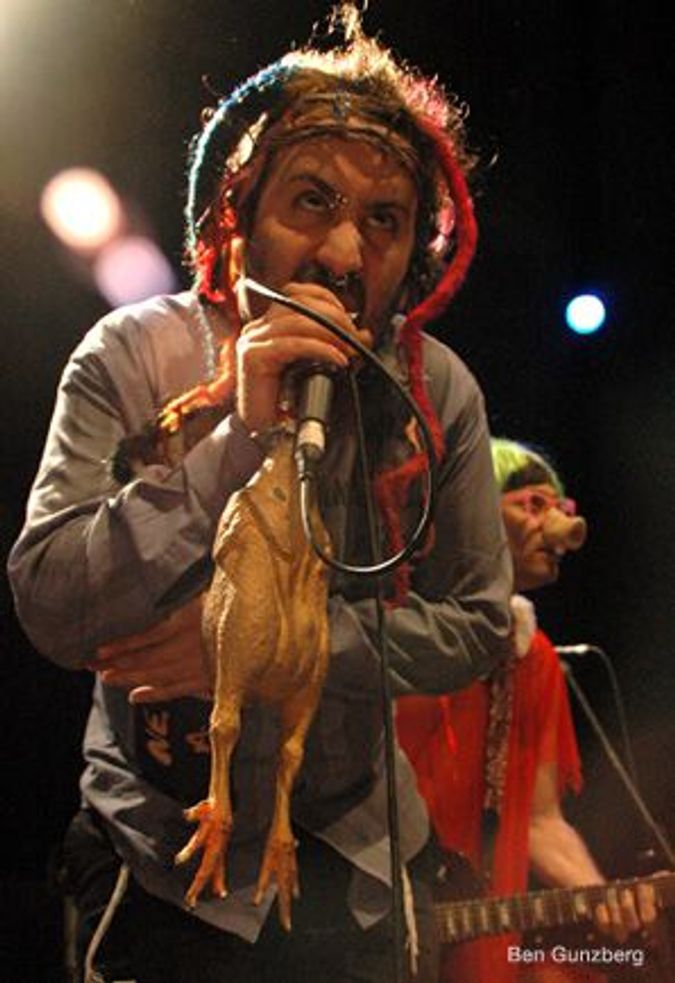 Nevertheless, that hasn’t stopped an Orthodox synagogue in Australia from recently appointing the 31-year-old punk prankster as its choirmaster. The frontman of the Jewish punk rock band Yidcore, which he founded in 2001 with three mates from a Jewish school, Presser has managed to straddle the seemingly incongruous worlds of traditional Judaism and punk rock.

The band toured Israel and the United States last year, and now Presser is gearing up for his next big gig: High Holy Day services. Presser is no stranger to the spotlight in the Jewish world, having served as president of the community center adjacent to his suburban synagogue in Melbourne.

On Yidcore’s Web site, the band members are described as “wacky Aussie punk rockers who perform punked up versions of Jewish classics,” but Presser is less charitable with his description of them. “Jews generally disown us,” he said, deadpan. “But punks are into us.”

Now, however, the largely conservative, middle-class congregants of the North Eastern Jewish Centre will be forced to face a Jewish choirmaster whose latest album — titled “They Tried To Kill Us. They Failed. Let’s Eat” — pokes Mel Brooks-style fun at every antisemite who has tried to wage genocide against Jews in the past 2,000 years.

“I look funny, but a lot of [the congregants] have known me since I was a little kid,” Presser said. “I think it’s hilarious. To me it’s challenging, interesting and colorful, and inviting for congregants.”

While Yidcore has done curious cover versions of several Jewish and Israeli songs, including “Hava Nagila,” “Mah Nishtana,” “If I Were a Rich Man” and “Dayenu,” Presser doubts that any of those interpretations will make its way into the festival services. “Choirs are about getting the congregation to sing along, so I can’t stray too far,” he said.

But he concedes that his promotion — he has been a choir member at the synagogue for years — is as far as he can go: “I’m sure if I tried to be the hazan or rabbi, there would be issues.”

Dan Goldberg is the head of development at North One TV in Sydney, Australia.