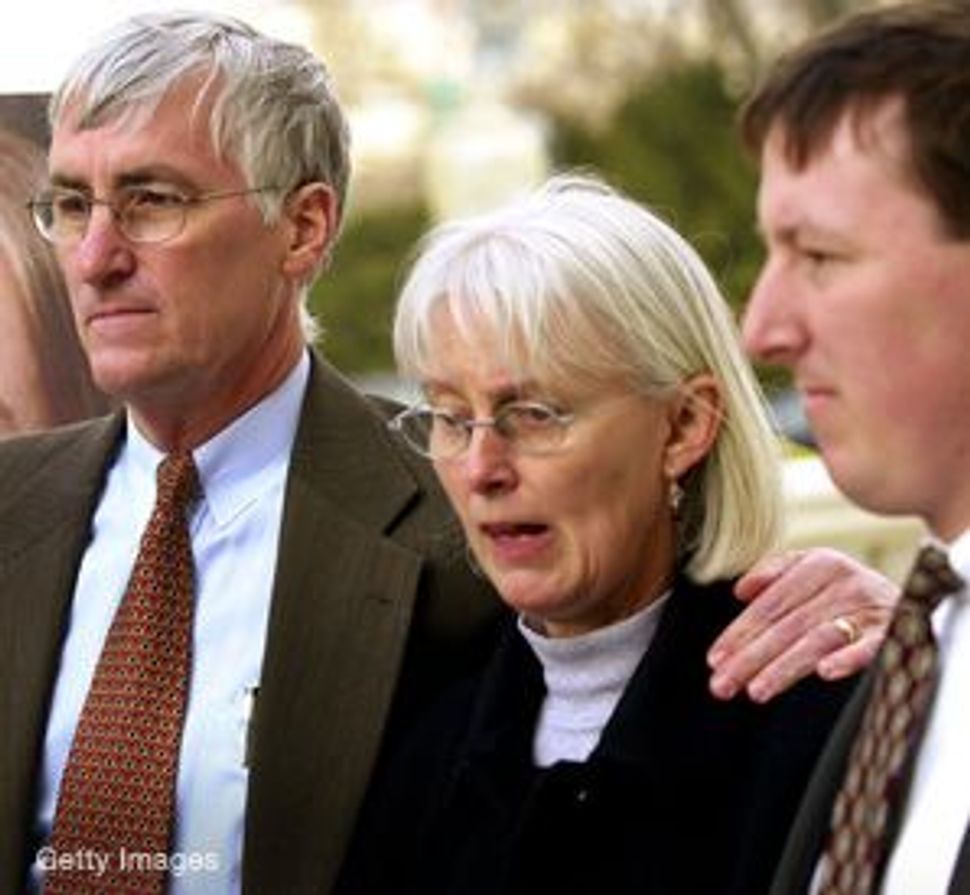 Rachel Corrie's parents stand before a photograph of the slain activist.

In a decision that dealt a sharp blow to the family of slain peace activist Rachel Corrie, a federal appeals panel ruled this week that Caterpillar Inc. cannot be held legally responsible for the use of its bulldozers by the Israeli government in the Palestinian territories. 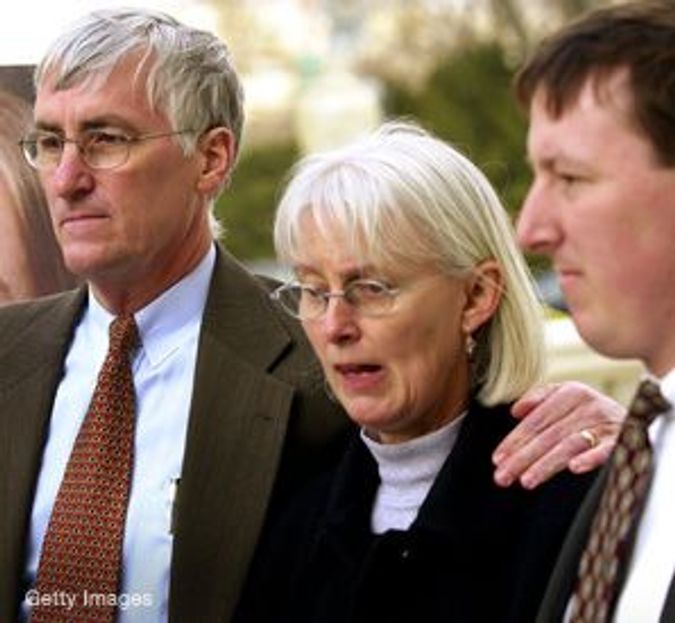 Rachel Corrie's parents stand before a photograph of the slain activist.

A three-judge panel in the San Francisco-based 9th Circuit Court of Appeals ruled unanimously that accepting the case would raise political questions about American foreign policy that the Constitution reserves for the executive and legislative branches.

“We are mindful of the potential for causing international embarrassment were a federal court to undermine foreign policy decisions in the sensitive context of the Israeli-Palestinian conflict,” wrote Judge Kim McLane Wardlaw, adding that “it is not the role of the courts to indirectly indict Israel for violating international law with military equipment the United States government provided and continues to provide.”

Corrie, 23, of Olympia, Wash., was killed in 2003 as the Israel Defense Forces carried out bulldozer operations in Gaza. In the aftermath, her parents, Cindy and Craig Corrie, joined with four Palestinian families whose relatives were also killed or injured in the raid in suing Peoria, Ill.-based Caterpillar Inc. Lawyers for the plaintiffs argued that the company should be held civilly liable for allegedly aiding and abetting human rights violations.

In 2005, the case was dismissed by U.S. District Judge Franklin D. Burgess in Tacoma, Wash., a decision affirmed by the appeals court this week. The panel concluded that Caterpillar Inc. could not be held liable because the sales have been approved by the American government. The Department of Defense, through its Foreign Military Financing program, reimburses the Israeli government for the cost of bulldozers.

“The judgment means we’re not going to sit in judgment of everything Israel does through the medium of squeezing American suppliers,” said Marc Stern, the American Jewish Congress’s general counsel, in support of the decision. “I have real doubts of making the American courts the referee of every dispute around the world.”

One attorney for the plaintiffs said that the group was considering its options, including asking the entire ninth circuit to consider the case and appealing to the Supreme Court.

“I’m disappointed, like everyone involved with the case,” said plaintiff attorney Maria LaHood of the New York-based Center for Constitutional Rights. The panel decided not to “hold Caterpillar liable, because the United States is also culpable, frankly.” LaHood also questioned whether the government’s reimbursements of Israel truly constitute a policy of supporting Israel’s actions against Palestinian homes.

Representing the Corries to the ninth circuit was Duke law school professor Erwin Chemerinsky, who was reinstated this week as the founding dean of a new law school at the University of California, Irvine. Chemerinsky, a scholar active in liberal causes, aroused controversy when he was first appointed to the post. Under fire, the university revoked the appointment, only to later reverse course and extend it again.