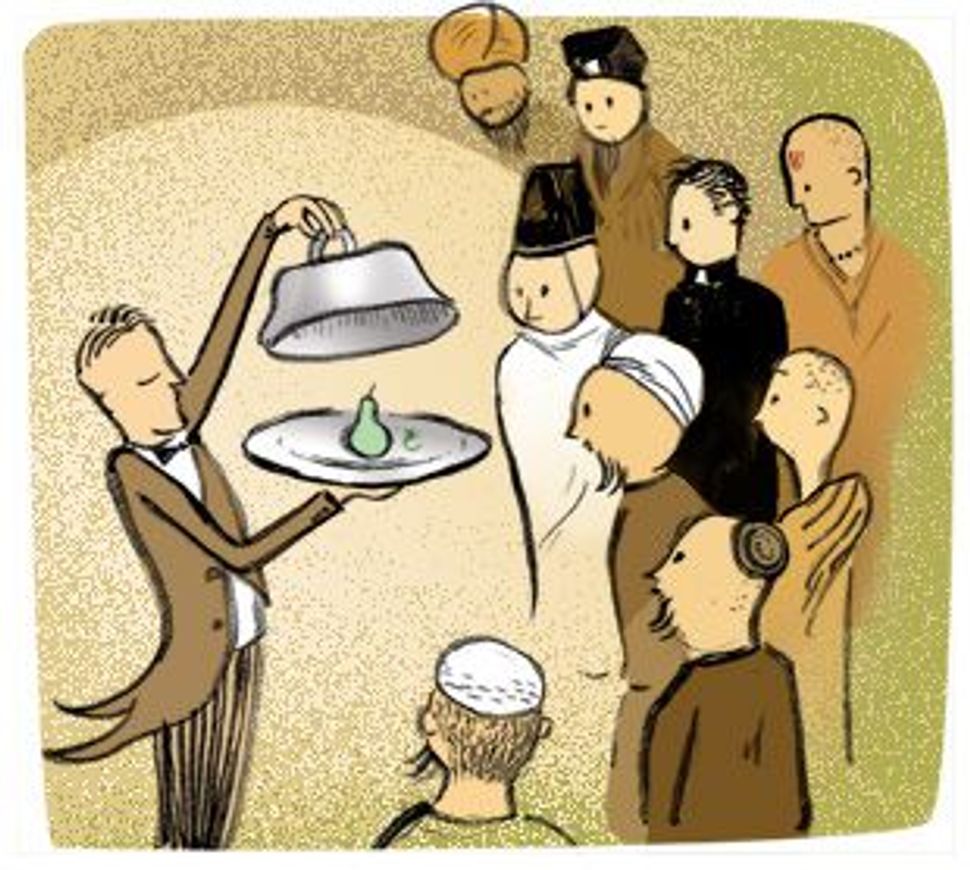 On Tuesday November 3, His Royal Highness Prince Philip will host over 200 guests for lunch at Windsor Castle, the 900-year-old palace that serves as an official residence of his and Queen Elizabeth’s. But this lunch will be noticeably different from the roasted quail and crème fraîche typical of castle meals. Instead, the menu is entirely vegan and centered on seasonal, regionally sourced ingredients. 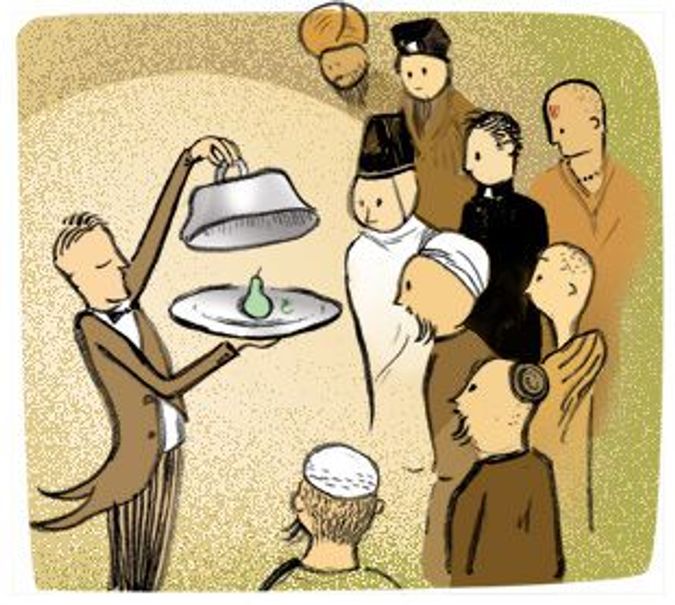 The reason: an interfaith conference called “Many Heavens, One Earth: Faith Commitments for a Living Planet,” to be attended by leaders from Jewish, Bahai, Buddhist, Christian, Daoist, Hindu, Muslim, Shinto and Sikh backgrounds. Co-sponsored by the Unite d Nations Development Program and Alliance of Religions and Conservation (or ARC, a faith-based environmental organization co-founded by Prince Philip in 1995), the conference has the goal of presenting unique seven-year commitments that outline each religion’s plan to foster action around climate change within the participants’ communities.

The seven-year framework resonates deeply within Jewish tradition, which mandates a weekly day of rest on Shabbat and a septennial resting of agricultural land in Israel during the shmita year. At the conference, eight Jewish delegates — a collection of educators, entrepreneurs, rabbis, activists and politicians from the United States and Israel — will present a commitment that calls upon Jewish individuals and organizations to “play a distinct and determined role in responding to climate change” between now and the next shmita year, which starts September 2015.

“Jewish people have moved through history by marrying small steps with big vision,” said attendee Nigel Savage, whose organization, Hazon, played a lead role in crafting the Jewish commitment. Now is the time, he said, to connect small actions — like switching to energy-efficient light bulbs or planting a synagogue vegetable garden — with education and advocacy.

While not the first gathering to marry faith and sustainability, this conference marks the largest-ever commitment by faiths to take environmental action. “Religions have the unique capacity to think beyond the next business cycle to long-term generational change,” said delegate Rabbi Yedidya Sinclair, who founded the Jewish Climate Change Campaign in Israel.

Not coincidentally, the conference has been scheduled to precede the international climate-change talks that will be held in Copenhagen in December. “The U.N. and World Bank (which will attend both gatherings) are among the world’s biggest, multilateral organizations,” said Rabbi Sinclair. “These organizations are beginning to realize that religions have a crucial role in addressing climate change.”

So what about that lunch? The meal at Windsor will be, in effect, a model for the type of eco-minded choices that the delegates hope to encourage within their constituencies. Co-conference organizer Victoria Finlay said that ARC chose vegan food to provide a low-impact meal that accommodates the widest spectrum of the delegates’ dietary needs. Daoists, for example, cannot eat onions, garlic or other ingredients that might cause a disruption of airflow within the body. Religious Hindus avoid meat and eggs and observant Muslims eschew pork and meat that has not been ritually slaughtered. (Understandably, the organizers avoided the logistical headache of offering separate meals that cater to nine different religions.)

The resulting menu includes roasted pear salad with cobnuts and chicory, Portobello mushrooms stuffed with artichoke and herbs, pearl barley risotto and organic wine bottled by Orthodox nuns in France’s Rhone Valley. This will be the first-ever vegan effort undertaken by Edible Food Design, one of Windsor’s regular catering companies. Head chef Sophie Douglas-Bate said her “heart sank at the thought of cooking without butter and cream,” but she ultimately enjoyed the challenge.

Despite the organizers’ least-common-denominator approach, however, the lack of a mashgiach and separate dishes means that kosher-keeping Jewish delegates will not be able to eat the lunch — they are the only participants unable to do so. And although they were offered the option of ordering food from an outside kosher kitchen, some of them declined. “I realized I’d be eating food that was triple-wrapped in plastic with disposable cutlery at an environmental conference,” said Rabbi Sinclair of the kosher offerings. “That was a moment when I realized kosher is important, but not enough.” Instead, Sinclair plans to eat fruit, salad and “a few granola bars,” brought from home.

While Rabbi Sinclair’s lunch might not be entirely satisfying, ultimately the more important challenges lie beyond one lunch at Windsor. “We’re interested in what happens next.” Savage said. “The next shmita year is far enough away to imagine big changes, but near enough that it’s not pie in the sky.”

For Hazon, the seven-year plan is part of a larger campaign that has already begun to galvanize action around climate change in the Jewish community. Delegate Naomi Tsur, a seasoned environmental activist who recently became deputy mayor of Jerusalem, intends to use the plan as a springboard toward a more thoughtful approach to the shmita year in 2015. “Shmita is big business in our city, but the way it is currently observed is a tragedy,” she said. Tsur hopes to involve Jerusalem’s city gardens in raising awareness around sustainable agriculture’s connection to climate change. “This is our opportunity to think globally and act locally,” she said.

Leah Koenig writes a monthly column on food and culinary trends. She lives in New York City. She can be contacted at ingredients@forward.com