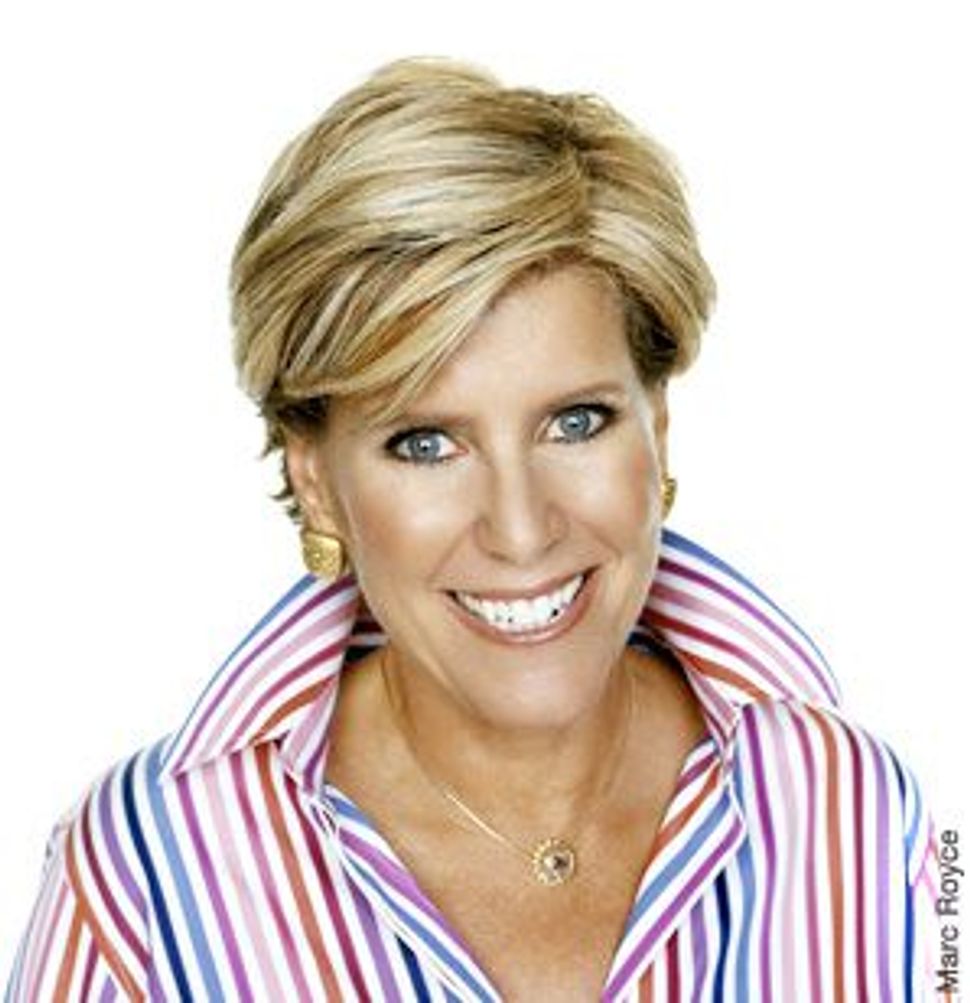 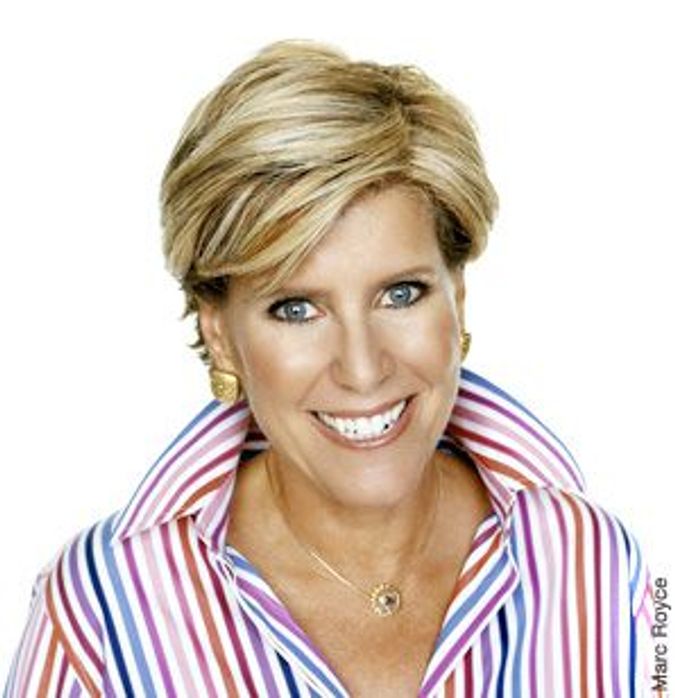 But it wasn’t until a few years ago, during a trip to Chicago for an appearance on “The Oprah Winfrey Show,” that Orman learned the provenance of the prayer. She happened to be in town during Yom Kippur and decided to join her mom for holiday services.

“I realized it came from Yom Kippur. I left the synagogue hyperventilating,” she said.

Orman’s hands-on style and natural charisma have made her a favorite of many, particularly women, who used to avoid financial guidance. This is largely because Orman’s approach to handling finances, as seen in her best-selling books and in her popular TV program on CNBC TV, is part of a larger path to self-empowerment. There are also a few subtle spiritual elements in her road to stability and contentment.

After giving a recent talk at Manhattan’s 92 Street Y, Orman spoke to the Forward about her connection to Judaism. Though Orman is not a practicing Jew, her people-first attitude and spirituality have nonetheless been impacted by her Jewish roots.

“Growing up, I asked the questions nobody wanted to ask. I wanted to find the purpose,” Orman said. “It was the force of a Jewish household.”

She grew up on Chicago’s south side with a father who had come from Russia and a mother whose family had emigrated from Romania a generation before. Her father was a feather plucker of nonkosher chickens, and her mother worked for a rabbi at a local congregation. Occasionally the mother’s work, the rabbi, would stop by when her family was eating the father’s work, nonkosher chicken, and they would quickly scramble to hide the treyf.

In 1971, during her sophomore year in college, Orman borrowed $400 from an aunt and then headed to Israel to work on a kibbutz.

“I was going to Israel to find God,” she said. “When I told Israelis this, they would spit on the ground and say, ‘The earth is God.’”

Orman was ultimately heartbroken by the trip. Unable to feel any closer to Judaism in Israel, she came back disheartened about the religion. Years later, after her interest in eastern spirituality was piqued, she made a similar quest to India, though she did not end up finding any answers there either.

Despite the fact that Orman has not been associated with Judaism in any traditional sense for decades, this search for purpose continues to inform her work. She says she is still a spiritually inquisitive person and that she has never stopped contemplating the concept of God.

“Faith plays a prominent role in my life,” she said. “Without faith, nothing matters.”

In fact, when Orman was in the process of writing her book “The Courage To Be Rich: Creating a Life of Material and Spiritual Abundance” (Riverhead Trade, 1999), one of six that have spent a considerable amount of time on the New York Times Bestseller List, she called upon her aunt’s rabbi for title ideas. She had been thinking about the Haftorah portion she read at her bat mitzvah, and she wanted to be reminded of its significance.

“He started to explain, and I said, ‘Rabbi, I don’t have time for a sermon. Just tell me in one line,” Orman said. “He said, ‘Anything is possible with faith, integrity and courage.’ I thought, ‘Yes, it took courage to be this rich.’”

How rich? Orman’s net worth has been estimated at more than $25 million, with more coming in from her real estate investments, media appearances and books. (Her most recent book, “Women & Money: Owning the Power to Control Your Destiny,” was published in February by Spiegel & Grau.) As for Orman’s courage, it’s evident in both her approach to financial investment and her personal life: She caused a media stir — a risky move for such a high-profile media figure — when she came out as a lesbian last spring in a New York Times Magazine interview.

While Orman credits Judaism with some of the philosophical aspects of her advice, she doesn’t feel the same about her aptitude for managing money. “I know there is this perception that Jews are really good with money. I don’t know if it is a reality,” she said.

In fact, she offered some specially tailored advice for the current generation of 20- and 30-somethings who — as a result of being raised by an overall successful group of second- and third-generation Americans — might not be so good with money.

“You better get a grip on reality,” Orman said in her typically frank manner. “The rich really are getting richer, and the poor really are getting poorer. Certain rights that you think are coming to you may not be there anymore. You will have it harder than any other generation I have seen.”