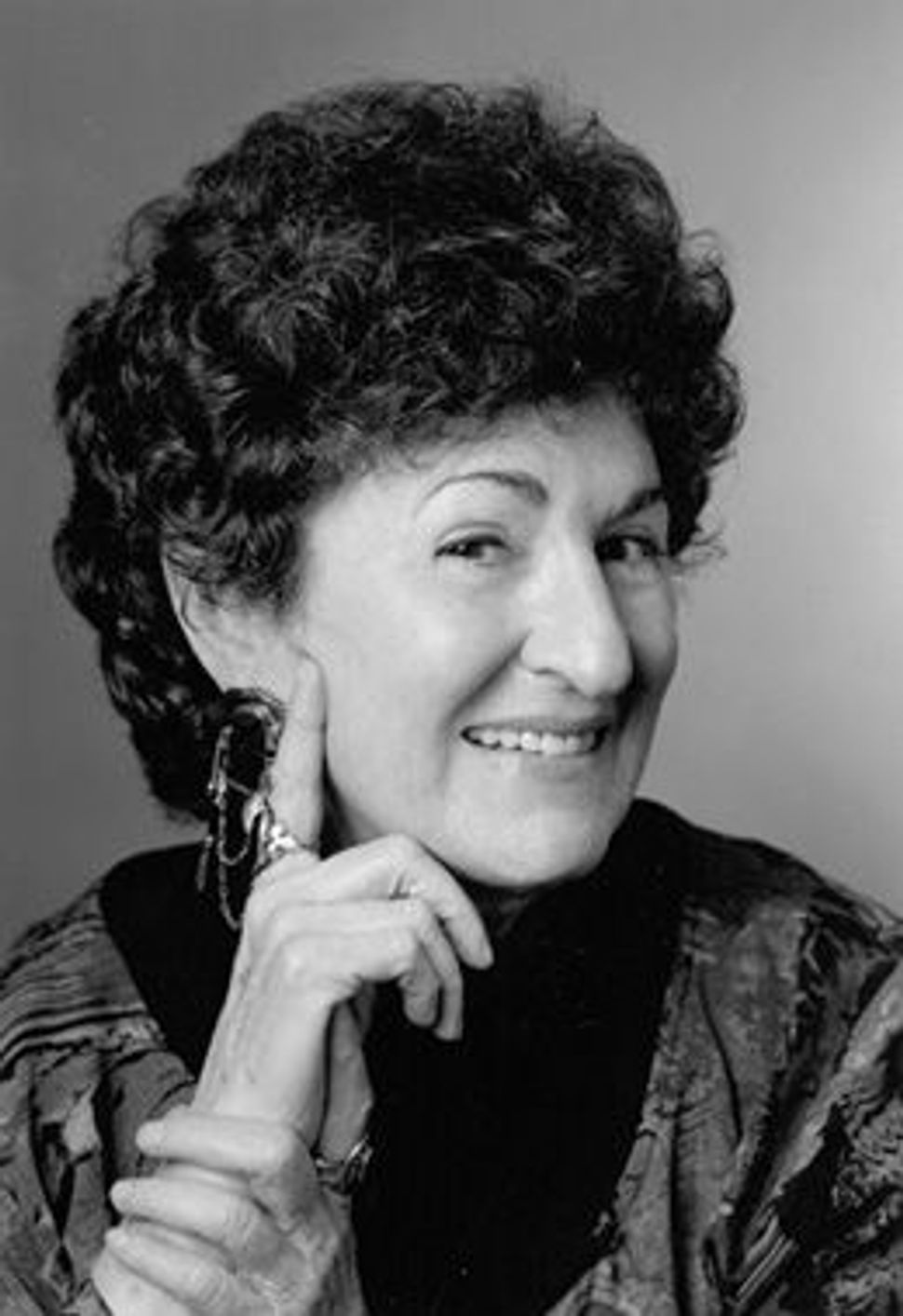 Many of us know Chana Bloch as the translator of Yehuda Amichai, Israel?s most illustrious poet. In collaboration with Chana Kronfeld, she also recently translated Dahlia Ravikovitch, another iconic Israeli writer. Bloch?s own poetry, however, in her recent collection, ?Blood Honey,? engages Israel?s arch foil: the Diaspora. 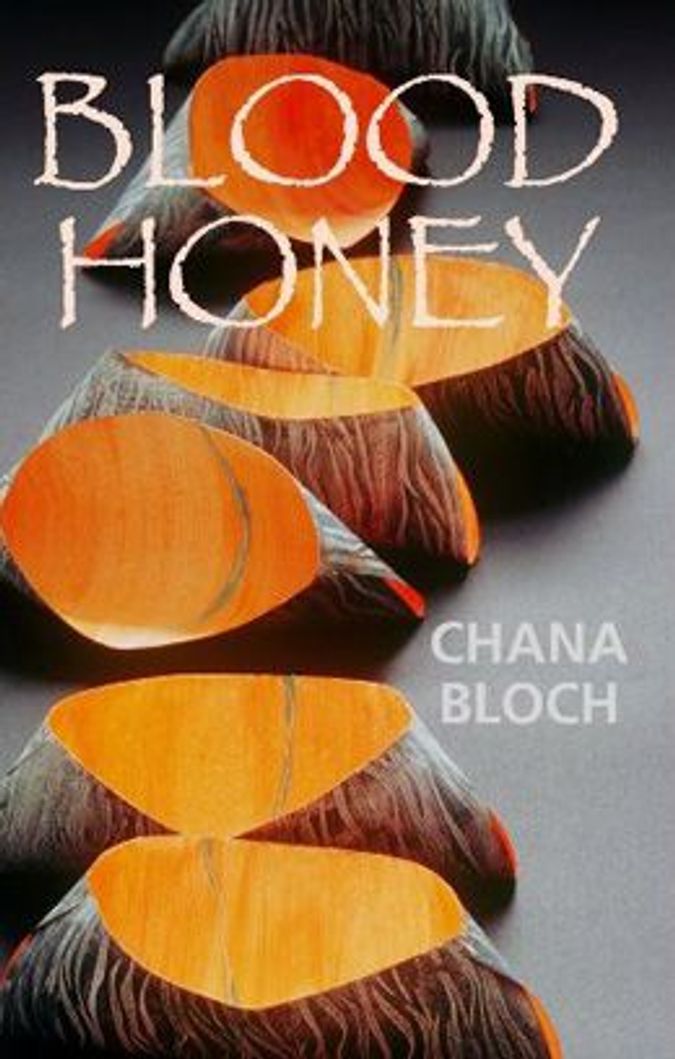 The poet delves into her Ashkenazic Jewish heritage and its folkloric store of imagery. The horizon stretching behind Bloch?s poetry is the ?Old Country.? It opens up to the reader through head-on collisions with its esteemed envoys ? the immigrant parents ? whose accents, intonations and even smells pervade the collection. She brings them to us fully equipped: clutching empty spoons, tea cups, soap-ends, platefuls of potatoes, hearing aids, old photographs. These are the sturdy objects that comprise the Old World?s reality for us. They are also the literary symbols stuffed, like pierogies, with great metaphysical matters: deprivation and melancholy, grand melodramatic emotions and pitiful pathos: ?Tell me, mama: that amber ring/that you bestowed on me with such solemnity,/? did you know it was glass??

To an American Jew of Eastern European descent, centuries blur into one big shtetl, the romanticization of which has long become cliché. Bloch effectively dodges the cliché, and rather than reimagining the shtetl, she engages its diverse incarnations and their effects on the formation of her self-understanding. Thus, reminiscing about her mother, she tell us: ?that year/she called me a bookish girl from Russia/when I wouldn?t wear lipstick.? Here, her identity parallels those overly intellectual Russian Jews of the turn of the century who rode the enlightenment train out of the shtetl. Bloch still complains about her mother?s criticism, while simultaneously bragging about it: She is cherishing this moment in which she overtakes and re-appropriates her mother?s heritage, much to the latter?s (likely affected) chagrin.

Underneath the patina of Eastern European imagery, Bloch?s poetry taps into the tradition of myths, rituals and phraseology of the Tanach and Talmud. Sometimes the two layers implode into each other, coming together, as in the poem ?Brothers?:

When I was the Baba Yaga of the house
on my terrible chicken legs,
the children sat close on the sofa as I read,
both of them together
determined to be scared.

Careful! I cackled, stalking them
among the pillows:
You bad Russian boy,
I eat you up!
They shivered and squirmed, my delicious sons,

waiting for a mighty arm
to seize them.
I chased them screeching down the hall,
I catch you, I eat you!
my witch-blade hungry for the spurt
of laughter ?

even as I lifted my hand?
The stricken voice that cried: Eat him!
Eat my brother. 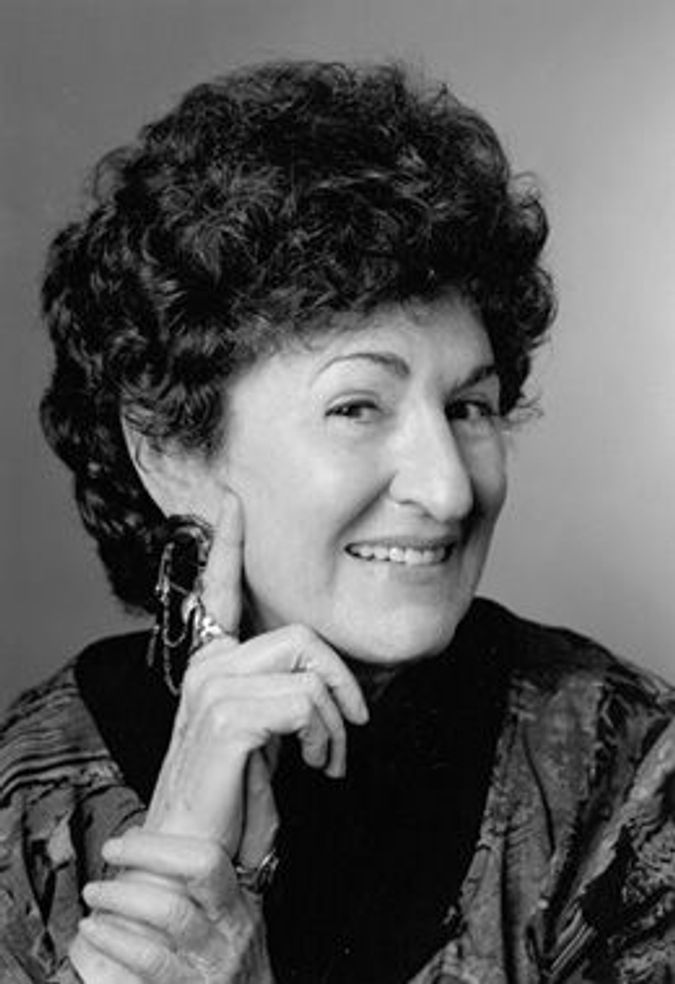 Baba Yaga is a Slavic witch, a scheming hag, brewer of mischief and terror. The call-and-response form of the last stanza is perfectly Talmudic; the image of the lifted blade, and the interrupting voice is a reference to the biblical story of Isaac?s Binding, the Akeida. In this poem, the cherished trauma, which tradition has long seen as its most pivotal accomplishment, takes on an irreverent, farcical and hilarious shape. Abraham the forefather and Baba Yaga the Slavic witch become one! Their connection is impossible but absolutely flawless in its free-associative spontaneity. Yet, the poem, however comic, does not let laughter undermine its depth. After all, what could such an equation mean? Is Bloch saying that to her today, the story of Abraham?s sacrifice is just another boogeyman folktale? Or is it that perhaps our scarred psyche is such that even when a Jewish mother plays with her children, amid fun and hilarity, the traces of the biblical trauma can?t help but somehow resurface, inescapably?

Amichai, an undeniable influence on Bloch, was the master of the multilayered biblical reference; his poetry, at all times, pointed to the tradition, but did so in subtle, often subversive ways. Amichai knew that direct borrowings from the Tanach would become stuck in the modern readers? throats like dry hunks of stale bread, and so he disguised them in most unexpected contexts ? giving them new life by infusing ancient texts into newly formed backgrounds. Perhaps Bloch?s placing Abraham side by side with Baba Yaga is an experiment of a similar sentiment: Tradition is disassembled and reused in a way that is more easily acceptable for a contemporary reader. At the same time, however, such a montage further emphasizes the bizarre fusion of tradition and modernity that defines our existence.

Indeed, in many of Bloch?s poems, biblical images take on radically new shapes. For instance, ?Dark of the Day? begins with ?We had two sets of dishes ? one for love,/one for hate. We kept them in separate cupboards.? The poem then goes on to tell the story of a friend who hated her father and avoided him for years, yet when told that he died in a car crash, she broke down in tears at the site of the disaster, picked up his blood-splotched notebook ?and took it into her mouth.?

The image is poignant and shocking, particularly because it is so tactile: The poem?s protagonist is actually tasting the union of love and hate, the forbidden mixture of milkhik and fleyshik (meat and dairy). It seems like she?s tasting the impossibility of their separation ? yet, separation is exactly what she is experiencing: parting, eternally, from her father. The poem?s elusive meaning is situated between the real-life situation and a biblical image, hovering between the two narratives as if between two facing mirrors.

Not every poem in the book deals with the Old Country or Judaism; art criticism, death, ageing and, most prominently, sexuality are engaged throughout the collection, as well. Unlike her bubbe, of whom Bloch says, ??making love? was not in her lexicon,? the author is rather eloquent, even enjoyably garrulous, in that department, at times evoking the confessional genre of John Berryman, Sylvia Plath and Robert Lowell. While never crude or tasteless, Bloch, in her frankness and willingness to discuss female sexuality after ?Sixty O?Clock,? is generous and fearless, shrewd: ?Sex is a brisk new broom. Tough, efficient./It knows all the corners.?

Perhaps this is the uniquely American contribution to the collective Jewish consciousness, a new door to transcendence ? the ability to uphold an incisive conversation about sex, to reflect and propound upon ecstasy, prolonging it within the realm of intellectual discourse. From Philip Roth to Allen Ginsberg, Woody Allen to Ruth Westheimer, American Jews have been utterly obsessed with the subject, and engagement with it has become as self-defining and important as nostalgia, the Old Country and immigrant parents.

Bloch?s ?Blood Honey? is a journey through the formation of the American Jewish consciousness and an examination of its crucial elements. Throughout, the author?s tone is mischievously irreverent and tender at the same time, as in the poem ?Salvage,? where she is describing the plight of an elder: ?How can he leave? There are still/three soap-ends he glued into one/in the broken soap dish./Under the hard hot rush of the faucet /it shrinks steadily in his hands.?

Listen to Chana Bloch read her poem ?Discipline of Marriage?:

Listen to more audio clips of Chana Bloch reading her poems at her website.

Jake Marmer is the poetry columnist for the Forward.