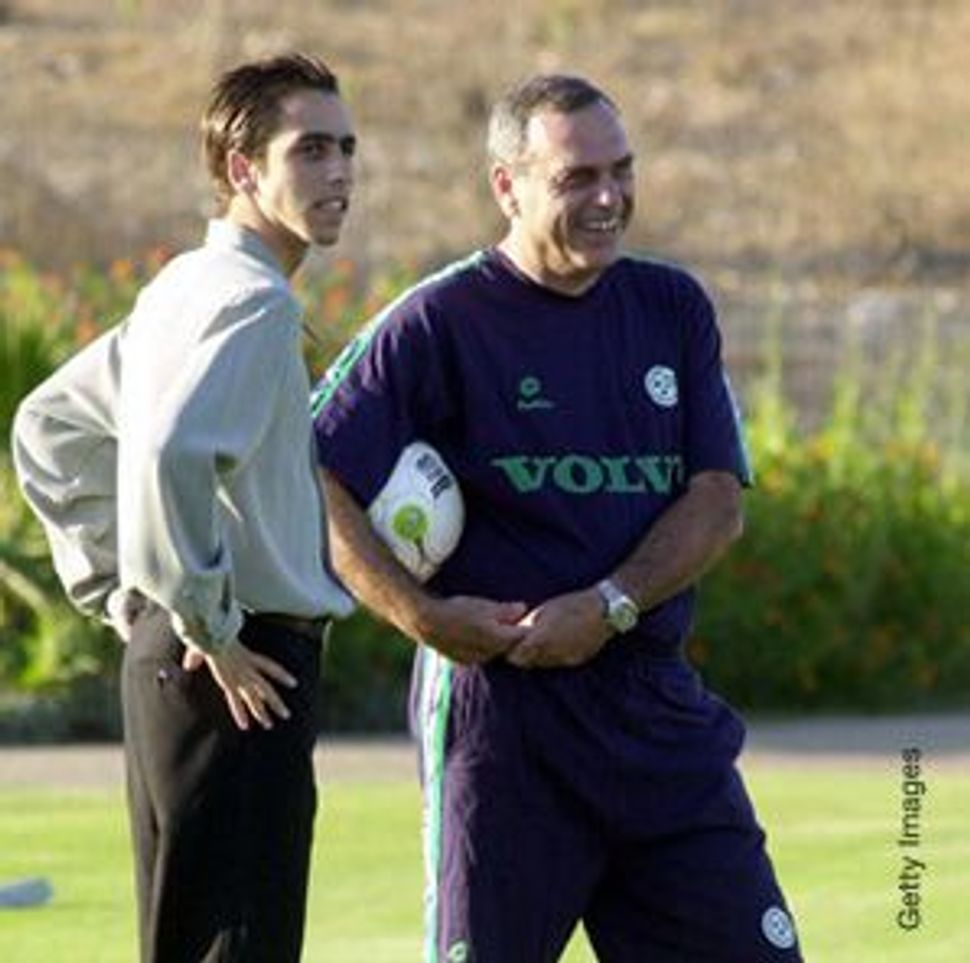 London – Within the world of English soccer, London’s Tottenham Hotspur has long had a reputation as a “Jewish” club. But this fall, it has been another London powerhouse, Chelsea Football Club, that has been attracting attention because of its Jewish connections. 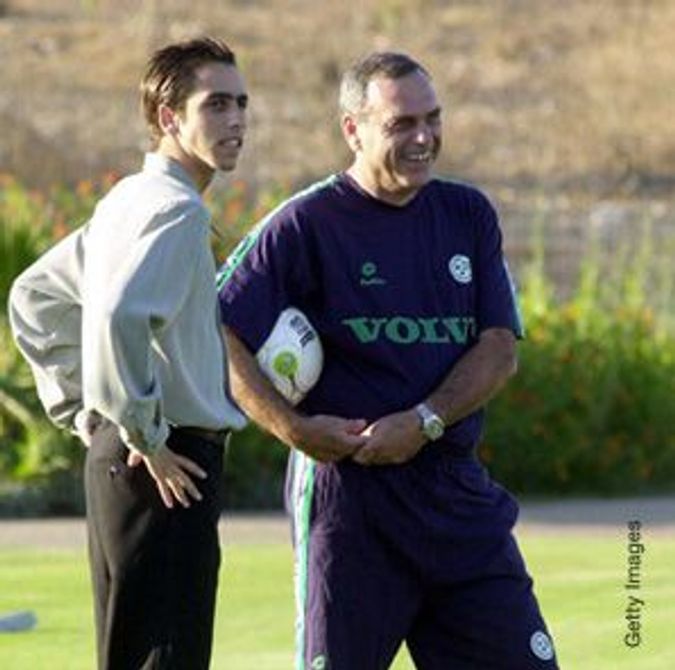 The trouble began in mid-September, when Chelsea’s outspoken manager, Jose Mourinho, departed and was replaced with a hitherto obscure Israeli, Avram Grant. Grant’s appointment, by Russian Jewish oligarch Roman Abramovich (who owns Chelsea), brought on a smattering of unsavory comments on the message boards dedicated to Chelsea. All of which prompted the club’s Jewish chairman, Bruce Buck, to issue a stern rebuke to fans.

“We welcome all constructive points of view,” Buck wrote in the program for the September 29 game between Chelsea and Fulham. “But there have been a few which could be viewed as racist and antisemitic and that must stop immediately.”

Buck did absolve “the vast majority of the Chelsea fans” of any association with such antisemitism, but some of the comments on Internet message boards apparently cyber-grumbled to the effect that this was a Russo-Jewish-Israeli conspiracy.

Over the past few decades, worldwide soccer has emerged as a playing field for racial and ethnic politics, with antisemitism frequently drawn into the mix. In English football’s grim old days in the 1980s, Chelsea fans were renowned for containing a nasty cadre of racists, and the stadium was targeted as a recruiting ground by neo-Nazi elements. The recent hubbub at Stamford Bridge, Chelsea’s home field, has raised the question of whether these sentiments still exist. But they also shed light on how, in a globalized world, an old-school team in London has taken on a distinctly Israeli flavor.

The root of this flavor would appear to come from the 2003 purchase of the Chelsea team by Abramovich, who has followed the exodus of wealthy Russians to London and poured close to 450 million pounds into a team that was previously suffering financially. He named Buck, his lawyer and fixer, as chairman. But he also brought on some of the premier names in European soccer, including Mourinho.

Mourinho arrived at Chelsea in 2004 after leading the Portuguese club Porto in its capture of European soccer’s ultimate prize, a place in the Champions League. Famously declaring himself “the special one,” he won the Premier League for Chelsea in his first season, then did it again the following year. Fans loved his style, his arrogance, his passion — and prominent players swore by his coaching skills.

But the idyll didn’t last. Abramovich’s new soccer connections were drawing him closer to Israel, thanks largely to Pinhas “Pini” Zahavi, an Israeli who is an extremely influential football agent. Zahavi lives in Tel Aviv but keeps an apartment in London, and he earns handsome fees for brokering deals and greasing player trades, manager appointments and even ownership changes.

Zahavi’s connections extend to a second British team, Portsmouth F.C., also owned by a Russian Jew — in this case, Alexander Gaydamak, son of billionaire Arkady Gaydamak. It was Portsmouth that first brought Grant from Israel, after he won two Israeli championships with Maccabi Haifa.

It is not known whether it was Zahavi who arranged the connection between Abramovich and Grant, but in July of this year, Grant was appointed Chelsea’s director of football, placing him in a senior position above Mourinho.

The move was, to put it mildly, controversial. Grant had been Israel’s national team coach since 2002, but outside the country he hardly had any reputation. He also lacked the required coaching certifications, which brought scrutiny from soccer’s governing bodies. As a result, many Chelsea fans, and general observers, saw too heavy a dose of favoritism for their liking, believing that the owner had chosen a friend compliant with his wishes over a more effective but headstrong manager.

When Mourinho, an icon to Chelsea’s fans, resigned after months of reported clashes with Abramovich and was replaced by Grant, some fans’ comments on Chelsea message boards did point with vitriol at the Jewish links in the managerial chain. Some also threw in the fielding of an Israeli defenseman, Tal Ben-Haim, alleging this was Grant favoritism, when in fact Ben-Haim was signed by the previous coach. The comments were swiftly removed but were still deemed poisonous enough for Buck, a customarily silent figure, to issue his forthright public statement.

Many fans and football commentators, though, reject the idea that antisemitism played a prominent role in the fans’ reaction, and some have even criticized Buck for raising it as a diversion from the real issue at the heart of Chelsea. Most fans argue that their outrage at the replacement of Mourinho by Grant was motivated by sports patriotism, with fans backing the manager against the moneybags owner, and against a replacement whose only medals were won in a tiny country that barely figures on the soccer firmament.

Indeed, most of the commenters did not linger over the fact that the small country Grant managed was Israel, or that Abramovich had Jewish roots. Similarly, across town there is hardly ever any noticeable talk about the largest shareholder of Arsenal’s soccer team, Danny Fiszman, being Jewish, or about the fact that the other major London club, Tottenham Hotspur, is owned by Jews. The primary debates were about sporting merit.

On this front, Grant, so far, has not been doing so poorly. Since his first game, a 0-2 loss to Manchester United, his squad has won four matches and tied one, with no losses.