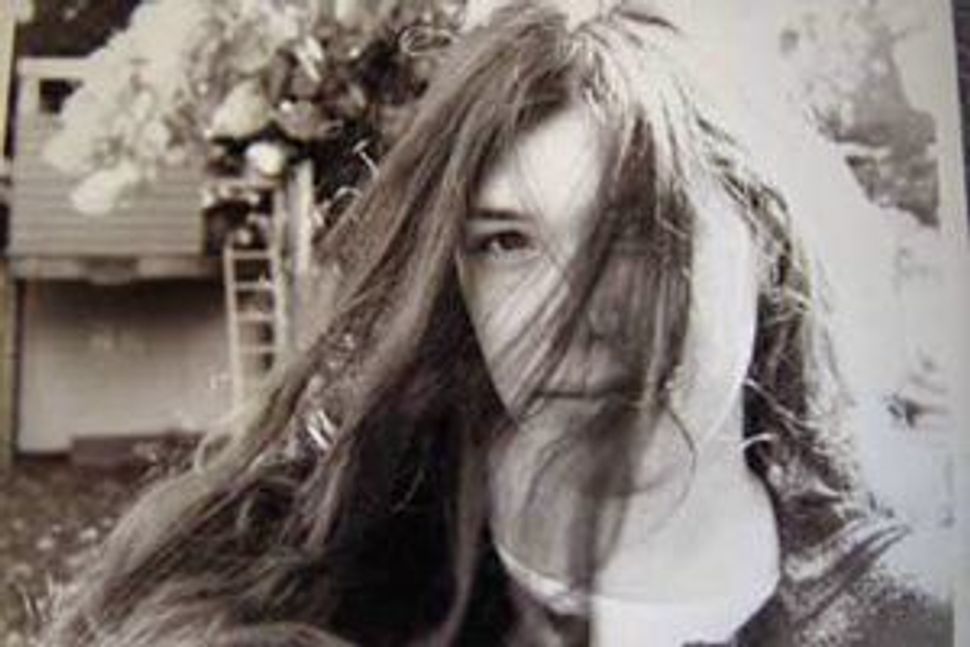 Untamed: Gila Lyons at 18, before a year of traveling in the Southwest. Image by ELLIE LOBOVITS

When I was younger, I felt physical pain at getting my hair cut. I hated leaning my head back under hot water and feeling rough hands scratch at my scalp, taking something from me that was mine. Many spiritual and religious traditions view hair as a retainer of one’s vital essence. Rastafarians consider hair their connection to God, calling their long dreadlocks “God antennae.” Sikhs allow their hair to grow naturally as a symbol of respect for the perfection of God’s creation. Ancient Middle Eastern tradition includes offering hair for religious rites in place of human sacrifice and the fulfillment of vows. Samson lost his battle when his hair — the secret source of his power — was cut. 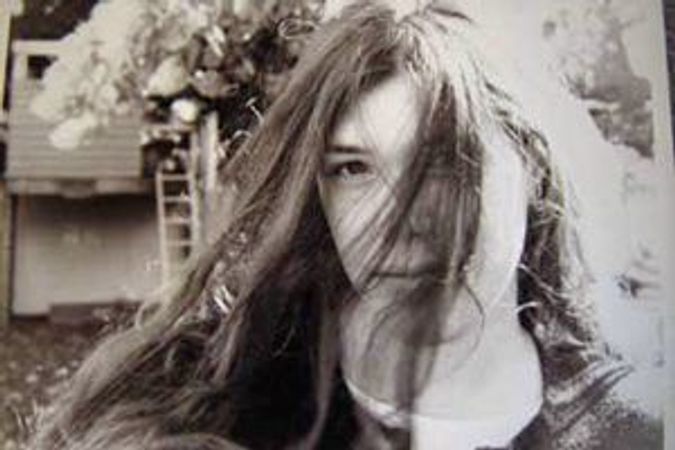 Untamed: Gila Lyons at 18, before a year of traveling in the Southwest. Image by ELLIE LOBOVITS

So I was intrigued to hear about Amber King, an intuitive “spiritual hairdresser” in the East Village who reads her clients’ tarot cards, discusses with them their spiritual paths, and cuts their hair so that their outside appearance will reflect and serve the processes taking place within.

I visited her apartment-cum-salon, where she sat waiting for me at the kitchen table — two cups of licorice tea steaming and a stack of cards between them. King is a striking 41-year-old woman with shiny blond hair swept in a side part and curled into a bun behind one ear. Some of the cards I chose depicted a pale, naked woman on a boat; a knight on a white horse; and a fool. King spoke with me about a lover who had mostly left my life but was still hovering around the edges, about a mother figure offering me great support lately, and about setting the stage for the realization of my goals. She was dead-on in all accounts.

I was afraid she’d tell me that she was going to shave my head, or that I would benefit from a drastic change or a fresh start. I was prepared to listen. But after leading me to a claw-foot tub and rubbing my scalp with warm water and oils, she simply trimmed the ends of my hair, explaining that my hair was an important source of power and protection for me, and that it was good and grounding to have “all that protein around my crown chakra.”

When she was done, she gathered some of my hair off the floor, placed it in a small envelope of handmade green marbled paper, and gave it to me. She also handed me a matchbook with 40 matches, instructing me to light one match every morning while focusing on a wish I had for myself. “The Hebrews wandered for 40 years in the desert to change their slavery consciousness,” she said. “In the New Testament, Jesus meditated for 40 days and 40 nights on the Mountain of Temptation. Working with a prayer for 40 days is transformational.” It was one of the first times that I didn’t feel some sort of loss at having my hair cut, that I felt that my hair was treated as an extension of a whole person — me.

Judaism has no shortage of practices and traditions regarding the cutting, covering, maintaining and styling of one’s hair. Observant men let their beards grow untrimmed and their peyes, or sidelocks, curl around the sides of their faces, and they refrain from shaving or cutting their hair when in mourning. Priests were instructed to keep hair short and maintained, while Nazirites — Jews of biblical times who vowed to avoid drinking wine, among other things — and were forbidden to cut it. Beards are considered holy and best kept long, while women’s hair is considered a nakedness that is best kept covered.

What is it about hair that merits such ritual attention and tradition? Rabbi DovBer Pinson, head of the Iyyun Yeshiva Center in New York, explains, “[The] idea of hair is that it transmits and funnels energy.…Metaphysically speaking, all head hair originates from within the skull. The deeper source of head hair is residue of brain, better yet, mind energy.”

In observant families, no scissors can touch the head of a baby boy until he turns 3 years old. He lives in somewhat of a Nazirite state — one of appropriate self-absorption and boundary-less-ness with those around him. When he turns 3, his parents give him a ritual haircut called an upshern (Yiddish for “to shear” or “to cut off”), primarily to form the peyes — the curling sidelocks that are the trademark appearance of Orthodox men.

In Jewish thought, long, unkempt hair — like that of the Nazirites who is forbidden to touch a razor to his head — represents a holiness detached from the everyday. The Nazirites lived absolved from worldly directives, obligated only to spiritual laws. When I was 18, I traveled from my parent’s house in Boston to the desert Southwest, hiking canyons, building straw-bale huts, herding turkeys, pulling weeds. My matted mane held desert dust and campfire smoke and ocean water and the oily exhaust from car fumes. I never brushed and rarely washed it. My wild hair was a symbol of my freedom. As I laid my sleeping bag down under a California redwood or dusty plot of Arizona desert, it was my pillow.

Although my life in New York City as a 30-year-old is dramatically different from the vagabond days of my late teens, I still don’t do much to my hair other than run my fingers through it and give it the occasional wash. Hair is primal, wild power; I take great pleasure in letting it grow unchecked, feeling it whip around me in a wind.

King, the “spiritual hairdresser,” sees people’s hair as their own Tree of Life, a record keeper like the rings of a tree. “My haircuts last longer than anyone’s I know because they’re an action of love. When you do anything with love, it grows beautifully,” she explained.

I seek treatment for my body and mind from holistic practitioners who consider the whole person rather than isolated body parts. My hair has been growing healthy and curly and long since my haircut with King last spring. It’s been growing so well that I haven’t needed another cut. But when I’m ready for the next one, it will be back at King’s apartment, to be realigned with where I’m going, who I am, and how I look. My hair is the outermost reminder of these things, growing from a source deep, deep within.

Gila Lyons is a writer living in New York City.