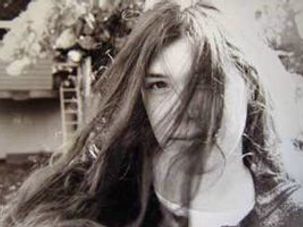 Many spiritual and religious traditions view hair as a retainer of one’s vital essence. Gila Lyons, who doesn’t do much to her hair other that run her fingers through it, visits a spiritual hairdresser to recognize the power in her scalp.

This past January, Rochelle Shoretz had just celebrated her son’s bar mitzvah in Israel and returned home, when she had a routine MRI, necessary after she’d been successfully treated for Stage 2 breast cancer seven years earlier. 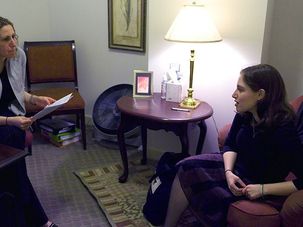 The introduction of a new track for Orthodox Jewish women at Renfrew Center, a for-profit network of eating-disorder clinics, comes amid a burgeoning movement in the Orthodox community to increase awareness of eating disorders. 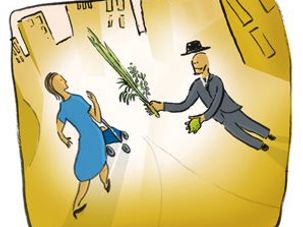 After off-handedly telling a proselytizing Hasidic man on the street that she isn’t Jewish, writer Dani Shapiro pauses for a moment of reflection. In this personal essay, she delves into her recurring literary themes of rebellion, assimilation, and passing. 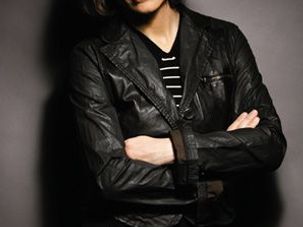 Depending on how you look at it, Masha Gessen’s “Blood Matters” (Harcourt) is either an unusually philosophical memoir of a cancer diagnosis or an unusually personal account of the complex ethical questions surrounding the issue of genetic testing. Gessen writes about the restrictions, official and unofficial, that have been placed on people’s access to information that some believe could destroy them. 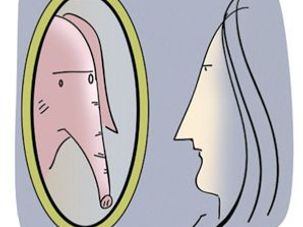 Judy Oppenheimer’s essay is an ode to beautiful Jewish noses. She discusses her sister’s discomfort with the family nose, and the fall of movie stars such as Julie Christie and Jennifer Grey who’ve changed their distinctive noses into pert nubs. 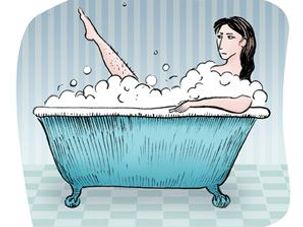 Orthodox Jewish Women flock to Shumalis Soffer’s makeshift laser-hair removal salon in Brooklyn for baby-smooth bikini lines. In this profile, Soffer goes from working as a laser technician in a Midtown Manhattan outfit to treating 500 clients in her own basement.

Daniele Sullivan has made a career out of creating wigs, but even she confesses that up close she can’t tell a lace front creation from a real head of hair.

A Writer, a Woman And a Jew

Feminist writer Letty Cottin Pogrebin discusses the secret to unlocking one’s creative voice, which, she says, lies in owning the particularities of your identity. In this personal essay from our archives, she discusses finding her voice as a woman, a writer, and a Jew.

How can it be, you might ask, that such a travesty came to pass? How is it, I mean, that a woman like me, born and bred of preening Orthodox German-Jewish stock, came one evening two years ago to usher in Yom Kippur, the Holiest of Holy Days, in the most faithless way imaginable: by having a manicure and pedicure at Iris Nails on the Upper