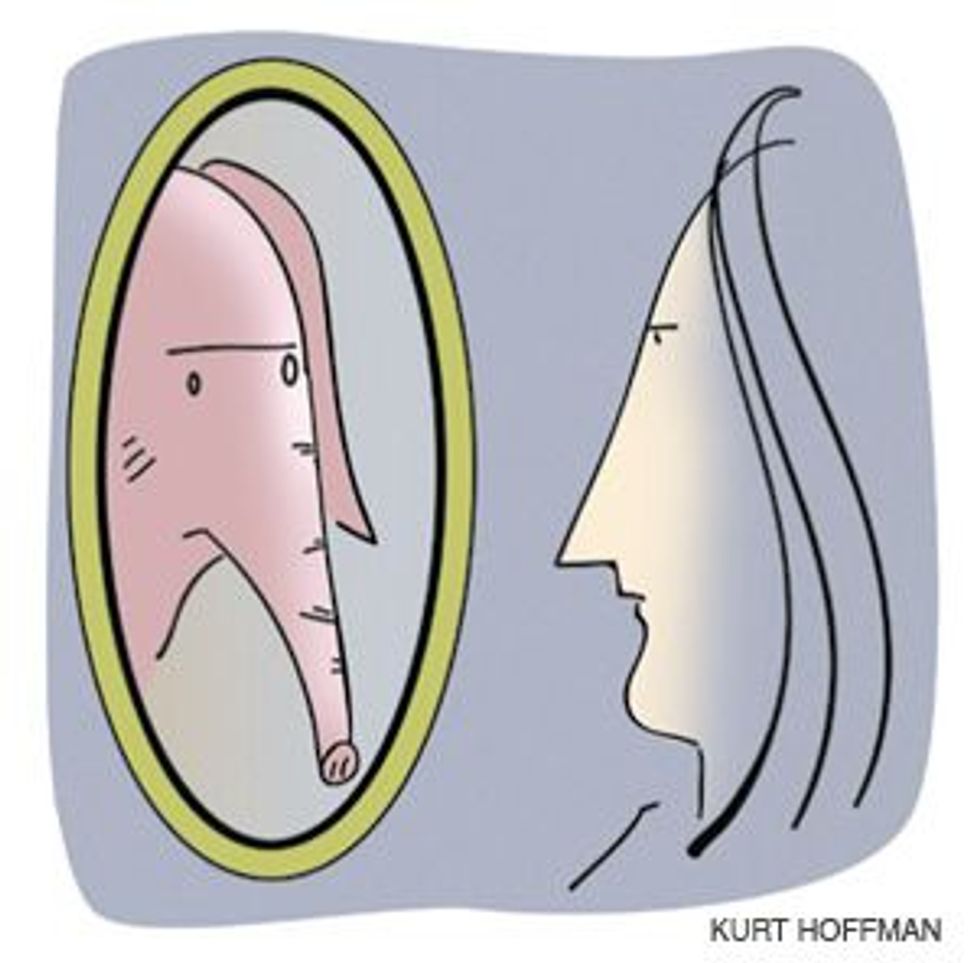 My sister Debbie has always been gorgeous — great face, great body. When I happened to find a picture taken 20 years ago, showing us all grouped around our family’s beloved dining room table, I was thrilled at how young and fit we all looked. 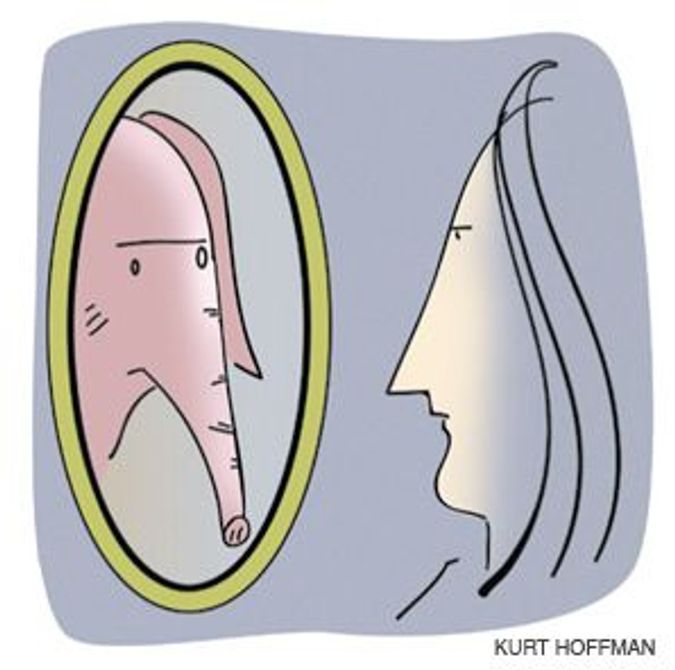 But I hid it from her for months.

The reason is simple: the picture shows her in profile. My sister hates her profile. More specifically, she hates her nose, with a passion beyond reason, at least to my mind and to everyone else’s.

Small noses don’t run in the family; I don’t think any have appeared in several generations.

My grandfather, who died when I was 5, reportedly had one, but so far as anyone knows, this particular gene was then lost, or submerged, forever. Anyway, Zayde’s nose, which is still fondly remembered by older relatives — “Now Zayde had a good nose!”, accompanied by general murmurs of appreciation — has yet to reappear.

On the whole, though, we’re a good-looking family, and so what if our noses aren’t tiny raised bumps? We’re Jewish, aren’t we?

Never bothered me. My sister’s another matter. I’ve argued with her about it often enough, but finally gave up. She wants to hate it, that’s her prerogative.

But then something happened: I happened to see the recent Julie Christie movie, “Away from Her,” the one she got an Academy Award nomination for. Everyone had been raving about how absolutely beautiful she looks in it, despite her age, which is apparently something unspeakable, like 60.

So I saw it. The acting was fine, but something was definitely off. Christie, who I remembered well from her (and my) youth, just didn’t look the same. The Julie Christie of the past — “Darling,” “Shampoo,” “Dr. Zhivago” — had been truly stunning. Memorable. The kind of looks that haunt you.

This Julie Christie was older, sure, but that wasn’t it. She was also conventionally pretty. Regular, uninteresting, dime-a-dozen prom queen looks.

She’d never looked like that before. I’d heard she’d had a facelift, but somehow, I knew that wasn’t it. Was it possible this was someone else, masquerading as Christie? I couldn’t figure it out.

Then one night I came across an old Christie film, “Heaven Can Wait.” And the answer was there: The young Christie was as ravishingly beautiful as I remembered — with a proud, impressive nose.

She’d gotten a nose job! That was what had made the difference. It had to be something she’d always wanted; noses don’t change with age. Obviously she figured if she was fixing things up, she might as well go all the way.

And with one fell swoop of the surgical knife, she had gotten rid of everything that made her exotic, arresting, interesting — and beautiful.

It reminded me of the Jennifer Grey story. Remember her? A little girl, but with quite a nose on her. She got a lot of attention for her role in “Dirty Dancing,” where apparently her nose was considered okay since she was playing a Jewish girl.

Only it wasn’t to her — not long afterwards, she got herself to the nearest surgeon, who obligingly chopped her nose down to a bare nub.

And no one ever heard from her again.

A fully rendered nose can be not only distinctive, but actually enhance a person’s attractiveness, giving it interest, an arresting beauty. As Jennifer Grey knows, the lack of one can sink the whole enterprise.

My friend Janie is an actress. She is also Jewish and has a decent sized nose, no minor blip. Early on in her career she played the Anne Sullivan part in “The Miracle Worker.” That play has a strenuous physical scene in which Anne, the teacher, is trying to tame Helen Keller.

Wrestling with her co-star in one performance, Janie smashed into the table, fell — and broke her nose. (Trooper that she is, she was all for finishing the scene, but they pulled her offstage before she bled all over the set.)

She had only one instruction for the surgeon: Don’t dare change my nose! No smoothing out, no carving, nothing. Her nose is a part of her looks and she wanted it to stay exactly as it was. And so it has.

I hold no breach against plastic surgery, and wouldn’t mind having a few things ironed out, or lifted. But my nose will stay as it is, for the duration. And so should my sister’s. Yours, too.

Judy Oppenheimer is the author of “Private Demons: The Life of Shirley Jackson” (Ballantine Books, 1989).