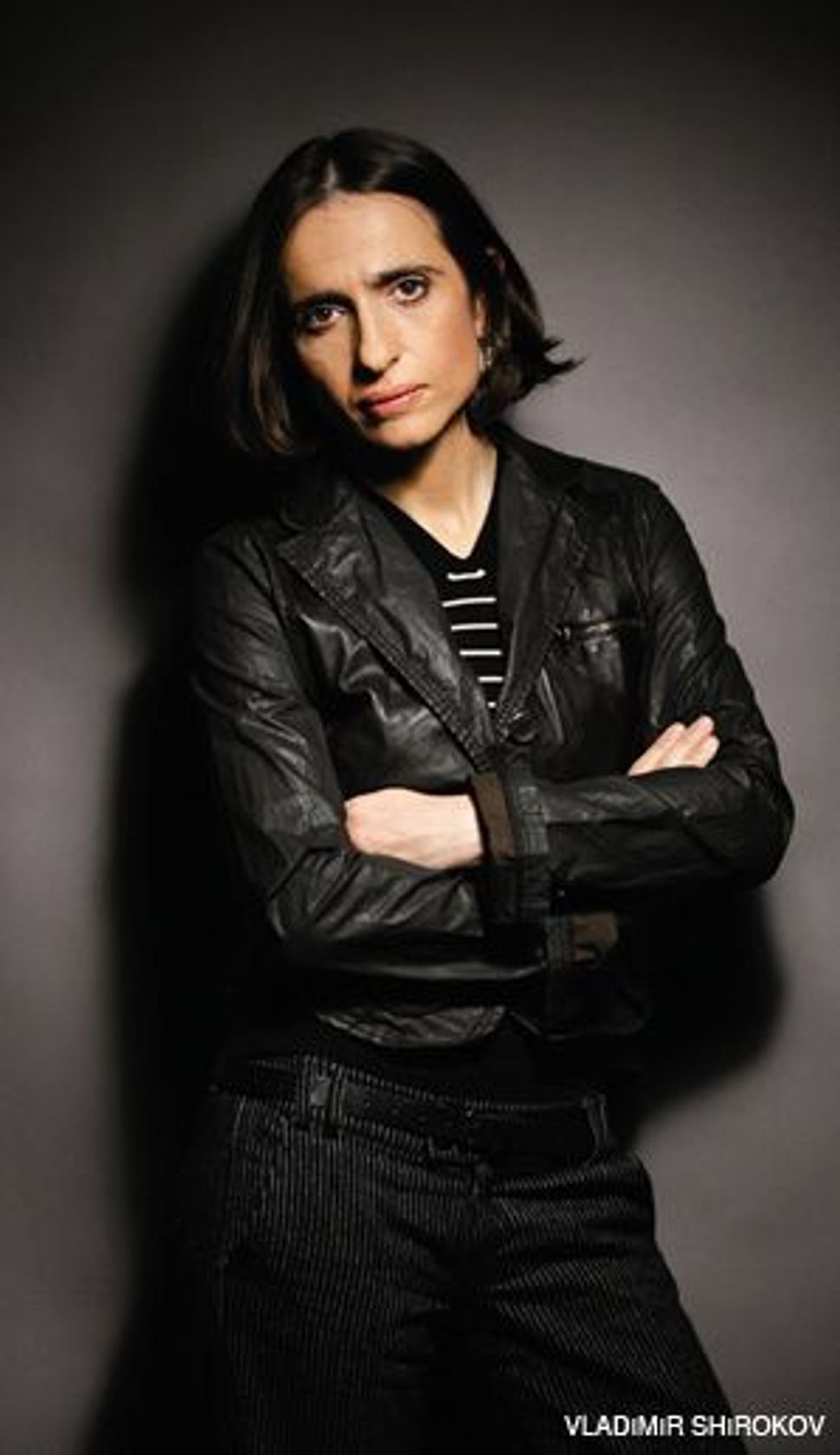 GESSEN: ?When you write something like that, the last thing you want to happen is to hear from old friends.?

Depending on how you look at it, Masha Gessen’s “Blood Matters” (Harcourt) is either an unusually philosophical memoir of a cancer diagnosis or an unusually personal account of the complex ethical questions surrounding the issue of genetic testing. What do we want to know, and what don’t we want to know, about our own fates? These questions are about as new as Oedipus, but developments in the field of genetics have made them terrifyingly current. Gessen writes about the restrictions, official and unofficial, that have been placed on people’s access to information that some believe could destroy them. 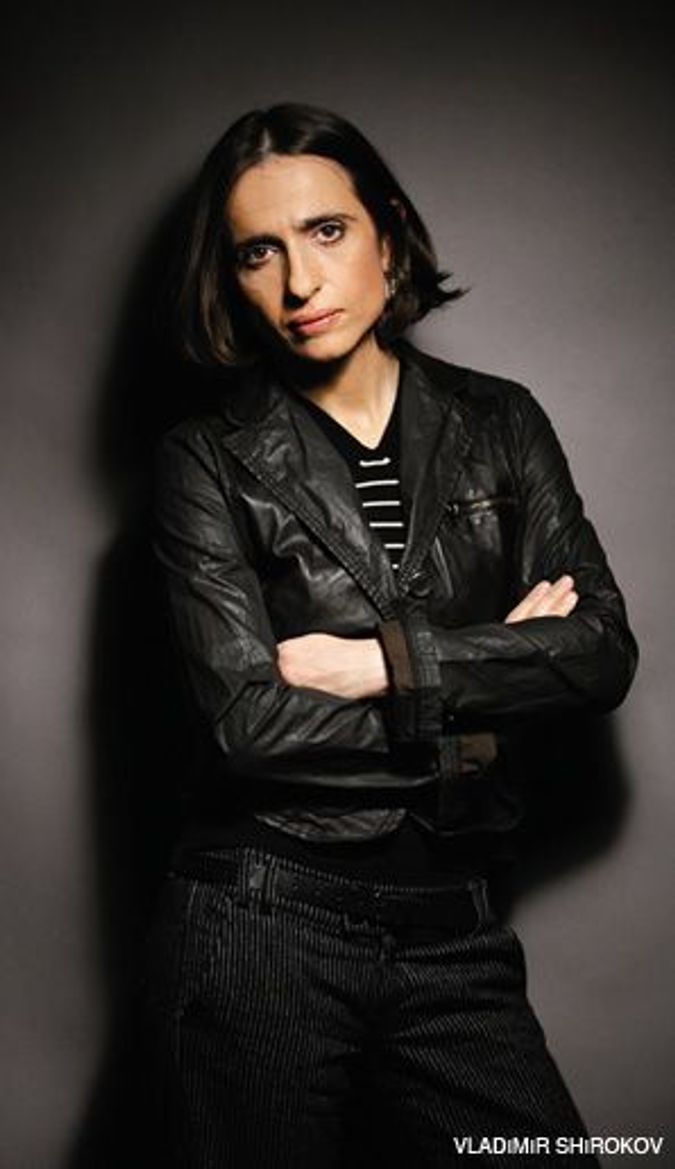 GESSEN: ?When you write something like that, the last thing you want to happen is to hear from old friends.?

“Blood Matters” itself is remarkably candid in its telling of the author’s discovery that she has the breast cancer gene that killed her mother, and of her ultimate decision to undergo a prophylactic double mastectomy. It is blunt and uncompromising about the anxieties — the neurosis, even — brought on by Gessen’s decision-making process, in which she rigorously questioned her ideas about genetic knowledge both abstractly and as applied to her own body.

Since the book’s publication in January of this year, “Blood Matters” has become part of the intimate conversation around genetic research that Gessen chronicles.

“When you write something like that, the last thing you want to happen is to hear from your old friends,” Gessen said wryly in an interview with the Forward.

But the old friends came calling with stories to tell.

“I heard from an old acquaintance who’d also had a family history of breast cancer,” she said. “This person wrote to say that this person was now a man, and in the process of becoming a man, had cut off this person’s breasts. Which was a lucky thing!”

Gessen, a onetime Soviet émigré who now lives in Russia again, has often explored her own roots in the telling of larger stories. Her 2004 book “Two Babushkas” traces her grandmothers’ lives under Hitler and Stalin, and “Blood Matters” originated as a series of essays for the online magazine Slate.

It was in the pages of Slate that readers began debating ethical questions with the author. That discussion has continued with the publication of the book.

In one passage that has raised some hackles, Gessen said, she asks a geneticist whether he is in favor of prenatal testing for adult-onset diseases like breast cancer. He is — and after some consideration, so is she.

“Why would I consider saddling a daughter of mine with the nighttime fears, the obsessive medical examinations, or, worse, the surgeries, or, worse yet, the torturous treatment for breast or ovarian cancer?” she writes.

For some readers who have breast cancer or are at risk for it, that hit a nerve.

“What upsets some people is that they sort of think that when I say that, I invalidate all of their lives,” Gessen said. “Obviously I don’t think our lives are worthless, but this is such a sensitive issue for people.”

These arguments are clearly familiar to Gessen. Indeed, she spends much of the book fighting with herself about them. At the book’s outset, Gessen’s encounters with geneticists leave her wondering whether complicated ethical questions are being left to people who lack a sophisticated ethical compass. She finds arbitrary — or even insidious — the restrictions on knowledge she encounters. The genetic counselor she is assigned after discovering she has the breast cancer gene is not allowed to advise her about whether to get a mastectomy, though her medical opinion is never less than obvious. Gessen finds the experience deeply troubling.

But other restrictions appeal to her in their pragmatism. Through an ingenious system used in some Hasidic communities, young prospective couples get their blood tested to see if they are at risk for passing on a genetic disease, but find out nothing about their individual genetic makeup.

By the book’s final chapter — the one, Gessen says, that has generated the most controversy — she has come around to the perspective of many geneticists: The ability to look into the future of our bodies creates an ethical imperative to make decisions about what we see there.

“The thing that I found so seductive about the people in the last chapter is that they were so rational,” Gessen said. “Their position is that this is inevitable. No amount of legislation is going to stop it. The only thing you can do is to try and tame it.”

One site is conspicuously absent from the discussion that Gessen has become deeply involved in: Russia, where the author spends most of her time.

Her book was not translated there, “because they thought it was too frank for a Russian audience,” Gessen said; however, in an ironic twist, many of the prominent geneticists in the United States and Israel, including several of those who appear in “Blood Matters,” are Russian émigrés.

Genetic testing is available in Russia, she said, and in fact, the regulations that sometimes restrict one’s access to knowledge about one’s genes, or the genes of one’s child, do not exist there — thus theoretically presenting an interesting counterpoint to the ethics regulations in place in the United States. But, she said, in Russia “it’s not a conversation.”