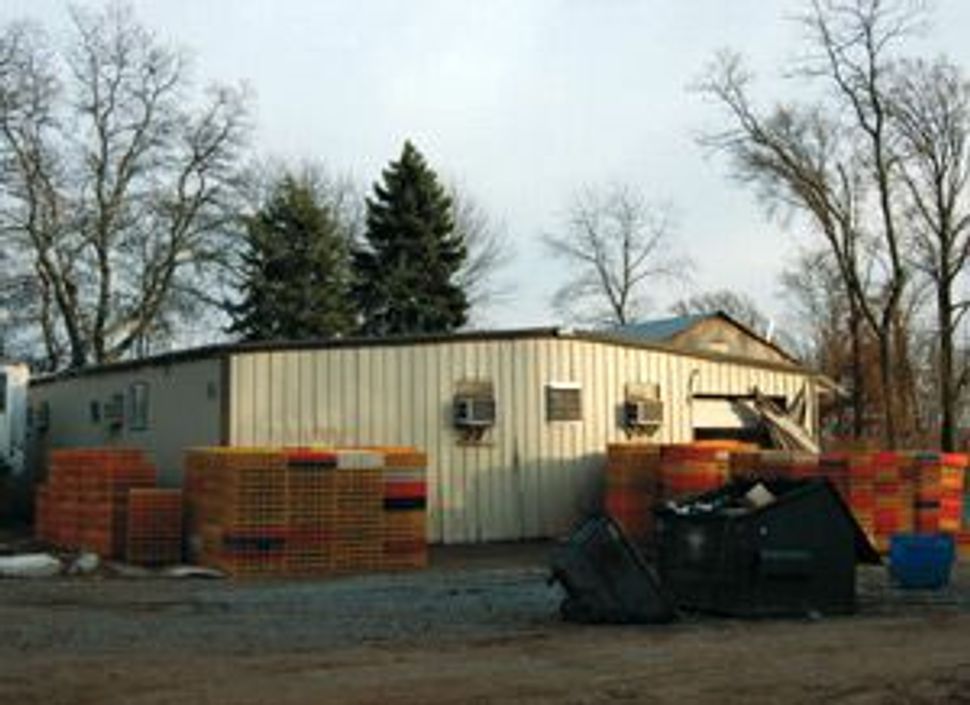 Turmoil: At a New Square slaughterhouse, Skver Hasidim have ignored demands by state and federal agencies to deal with safety and sanitation violations. Image by Nathaniel Popper 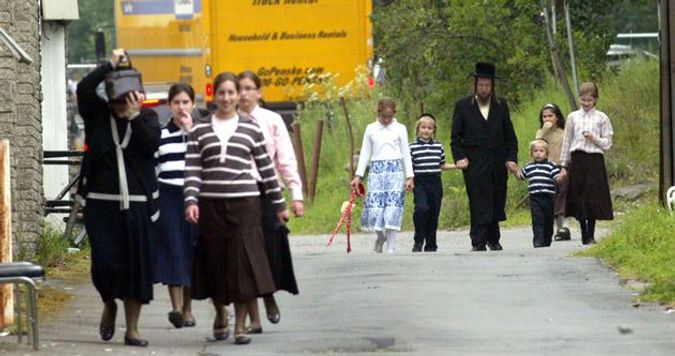 Turmoil: Skver Hasidim have ignored demands by state and federal agencies to deal with safety and sanitation violations in this Summer camp in Sullivan Couny Image by Michele Haskell/Times Herald-Record

The shuttering of a New York kosher poultry slaughterhouse for serious sanitary violations is once again putting the spotlight on a Hasidic sect, some of whose members have repeatedly defied the law.

A federal judge imposed a temporary restraining order and injunction December 29 against further slaughtering and processing at the plant, which serves the ultra-Orthodox enclave of New Square, home to members of the Skver Hasidic sect. The U.S. Attorney’s Office for the Southern District of New York had requested these measures after numerous attempts by federal officials since 2002 to get the slaughterhouse to comply with the guidelines of the Poultry Products Inspection Act.

The plant had been found by federal authorities to have numerous violations. As reported in a local newspaper, The Journal News, poultry residue was found on the plant’s walls and in the manager’s office; there was no sanitizer in the bathrooms; a chiller tank full of processed birds had no running water, and pools of stagnant water and piles of trash surrounded the plant.

More than 355,000 birds were slaughtered there in 2008, with almost all the meat going to Oneg Poultry, a grocery store in New Square, according to The Journal News. 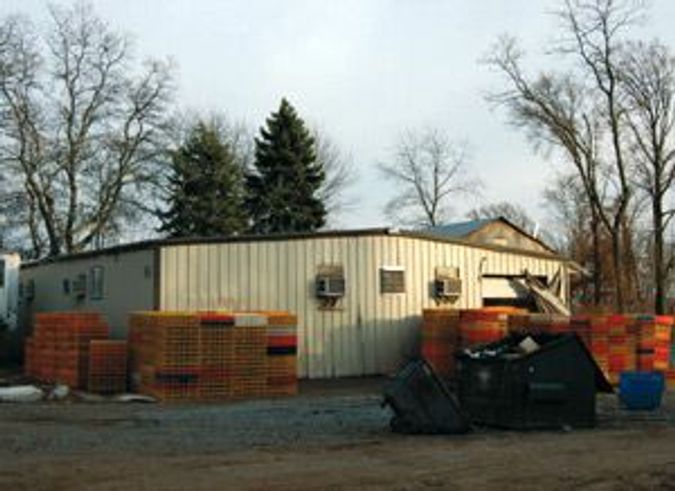 Turmoil: At a New Square slaughterhouse, Skver Hasidim have ignored demands by state and federal agencies to deal with safety and sanitation violations. Image by Nathaniel Popper

As the Forward reported in November, the slaughterhouse, New Square Meats, was already under fire for its attempt to build a bigger plant, five times the size of its current one, close to New Square’s border with the town of New Hempstead. The proposed 26,250 square foot slaughterhouse would cost $3 million. Some local officials were particularly upset by the fact that New Square Meats had received a $1.62 million grant from New York’s Empire State Development Corporation to help subsidize the new building without getting approval first from the county- or town-planning departments.

Representatives of the Skver sect did not return calls seeking comment.

The slaughterhouse incident is the latest involving the Skver Hasidim, who in 1954 founded the village of New Square, and have seen their population double in the last decade. The sect’s recent history is filled with instances in which its institutions have brazenly flouted the law — from a scandal over the illegal use of federal education grants to a standoff over an unlicensed summer camp.

“The fundamental question, of course, is what is it about these people that makes it possible for them to, on the one hand, claim to be more religious and pious, and on the other hand, break rules that are non-halachic rules,” said Samuel Heilman, a professor of sociology at the City University of New York’s Queens College and the author of several books about Orthodoxy.

Heilman said that the answer to this question lies in the ability of Skver — along with other “fundamentalist groups” — to divide the world into strict divisions of “us and them,” “insiders and outsiders.”

“In almost every domain of their lives they live by very, very stringent rules,” Heilman said. “But those aspects of life that don’t deal with those stringent rules, there they feel they can be a lot more cavalier.”

In 1997, in a vast scheme involving tens of millions of dollars, four Skver men acquired federal Pell grants for thousands of nonexistent or ineligible students. The grants are intended for needy students but were instead used illegally to fund institutions in New Square, including its yeshiva.

The sentences of the four men were later commuted as part of a series of controversial pardons on President Bill Clinton’s last day in office. The commutations were fiercely criticized, with some suggesting they may have been linked to New Square’s support for Hillary Rodham Clinton’s 2000 Senate campaign. But federal prosecutors investigating the commutations found no basis for legal action against the former president.

More recently, this past summer, the New York State Department of Health closed down a Skver summer camp in Sullivan County, N.Y, south of Catskill Park, citing “numerous, persistent and serious violations.” The closure came after a standoff that lasted for months with various state and local agencies.

The Skvers had not obtained the proper permits for the summer camp from the town or the state. Only after a heating-oil spill that brought a charge from the Department of Environmental Conservation did other regulators get involved and find health hazards that led them to deem the camp uninhabitable. Even after two demands from local authorities that they evacuate, the Skvers refused. It took a court order from a local judge to empty the camp.

In each of these instances, the Skvers have been reluctant to speak publicly, except to insist that they do not see themselves as being above the law and to complain that they are unfairly singled out for scrutiny.