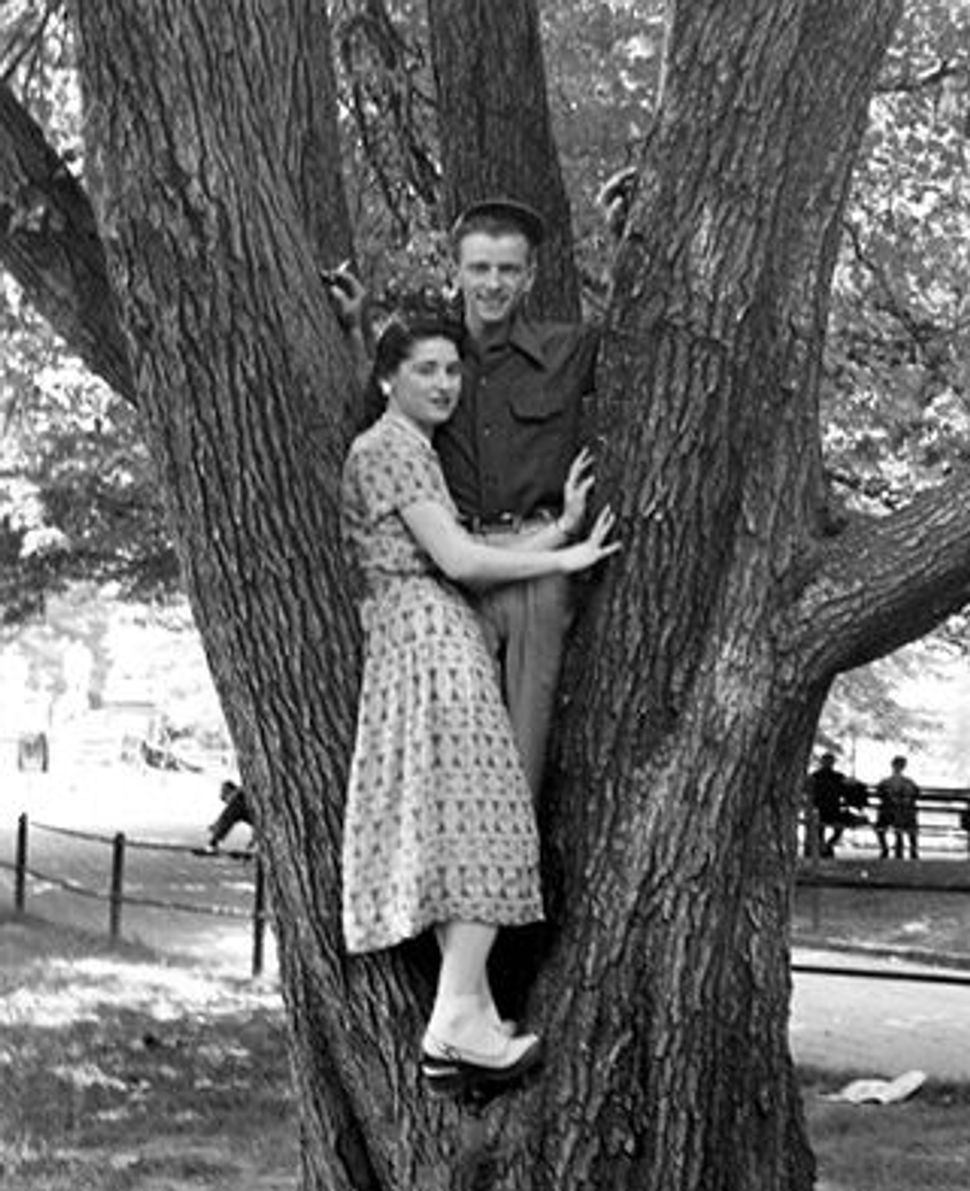 Risks: Markus Lerner, pictured here in 1952 with his wife, Ethel, survived the war only to die of colon cancer at age 51. Image by COURTESY OF ETHEL LERNER

Warsaw Ghetto survivor Binyomin Katz, who saved himself by leaping out of a train headed for Majdanek, a concentration camp on the outskirts of Lublin, Poland, later died of pancreatic cancer at the age of 50. 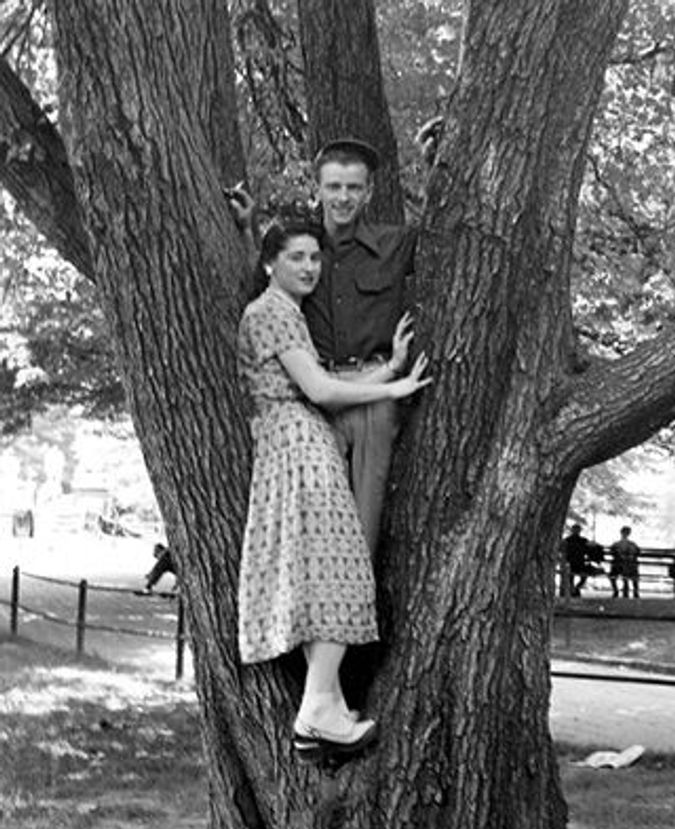 Risks: Markus Lerner, pictured here in 1952 with his wife, Ethel, survived the war only to die of colon cancer at age 51. Image by COURTESY OF ETHEL LERNER

Markus Lerner of Sanok, Poland, survived the Holocaust amid the bitter cold of Siberia, where his mother stole chickens to keep her children fed. He died of colon cancer at age 51.

And one couple in New Jersey, who asked the Forward not to reveal their names, endured severe hunger in eastern Poland during the war — she had to beg for bread and steal tomatoes, and he subsisted solely on potatoes for 18 months — and now both have survived colon cancer.

The question of whether Holocaust survivors might be more likely to get cancer than other Jews has been debated for years. Now, an Israeli study has shown that “Jewish survivors of World War II who were potentially exposed to the Holocaust were at a higher risk for cancer occurrence later on in life than those not exposed.” The study appeared in the November issue of the Journal of the National Cancer Institute, a highly regarded, peer-reviewed journal.

“It’s a rarity to be able to look 60 years back in time, where there is no selection or bias involved,” said Dr. Gadi Rennert, director of the CHS National Cancer Control Center in Haifa, explaining the significance of the study, with which he was not involved.

The rates of breast and colorectal cancer were especially high among those who spent the war years in Nazi-occupied Europe, the paper states.

The study, which was conducted by Haifa University’s School of Public Health, compared the cancer rates of more than 315,000 European Jews who immigrated to what was then British-ruled Palestine before or during World War II with the rates of those who left after the war.

As it turns out, the risk was highest for the youngest survivors of the Holocaust. Men born between 1940 and 1945 who remained in Europe throughout the war years developed cancer at three to five times the rate of men the same age who immigrated to Palestine during the war; women born during this period who stayed had a risk as much as 2.3 times greater.

To some, the study may suggest that individuals exposed to severe famine and stress for prolonged periods appear to be at an increased risk for cancer, especially if the exposure occurred at an early age. But the editors of the Journal of the National Cancer Institute warn against jumping to such a broad generalization, because of “the selective nature of the cohort.”

The extreme deprivation that characterized conditions for European Jews during World War II may have favored survival of mothers with particular characteristics that could have led to higher cancer rates for their children, the journal cautions in an editorial accompanying the study. The editors note that “few women would have been able to conceive, only some of those who did conceive would have delivered a live birth, and only a limited number of their offspring would have survived and ultimately immigrated to Israel,” raising the possibility of other causal factors.

Still, previously published studies have investigated the incidence of cancer in other groups that suffered from prolonged famine and stress years earlier. In 2004, Dutch researchers discovered that women exposed to the Dutch Famine of 1944–45 had a higher rate of breast cancer than other women, especially if they were between 2 and 9 years of age during the famine years.

And a Scandinavian study of survivors of the siege in Leningrad, published in 2008, found that women who were anywhere from 10 to 18 years old at the peak of starvation had a higher risk of dying from breast cancer compared with unexposed women born during the same period.

Researchers involved in the Israeli study suggest that hunger and stress could have played a role in the development of cancer years later, but they also concede that their findings warrant further investigation. The only conclusion that could be derived from their work, they say, was that the incidence of cancer, and especially breast and colorectal cancer, was higher among those Jews who remained in Europe throughout the war than among those who emigrated.

Rita Hamburgh, senior director of rehabilitation therapies at New York-Presbyterian Hospital and a daughter of Holocaust survivors who owned a chicken farm in New Jersey, says that although both her parents, Morris and Celia Klein, died of cancer (he of lung cancer, and she of lymphoma), she is not convinced that this was a result of their Holocaust experience.

“They did hide in the woods for two years, and suffered from gunshot wounds, extreme cold and hunger,” Hamburgh asserted, “but they also smoked cigarettes all their lives, and sprayed their farm with pesticides for years, so it’s hard to know the true cause.”

For her parents, though, there was indeed a connection between the Holocaust and their illness — on a visceral level.

“Cancer is my second Hitler,” Hamburgh’s mother used to say. “I won’t let it kill me.”