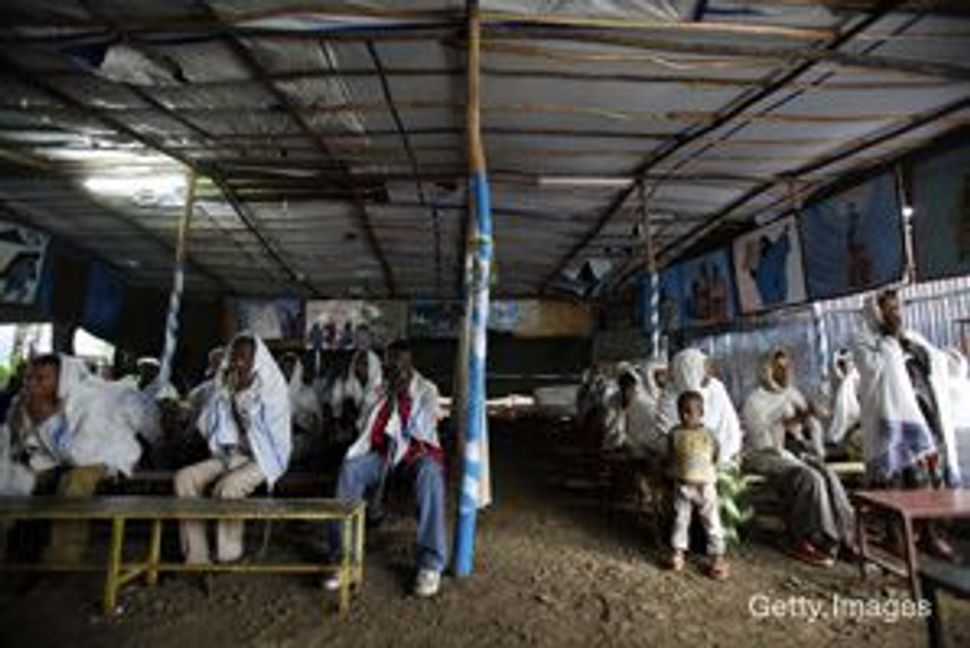 HERE TO STAY: Ethiopians waiting to immigrate to Israel have attended services at a makeshift synagogue in Addis Ababa

A medical clinic in Ethiopia that emerged as an icon of the Jewish rescue effort in the country will close its doors next month, leading relief organizations to wonder about the future of those who remain in the country. 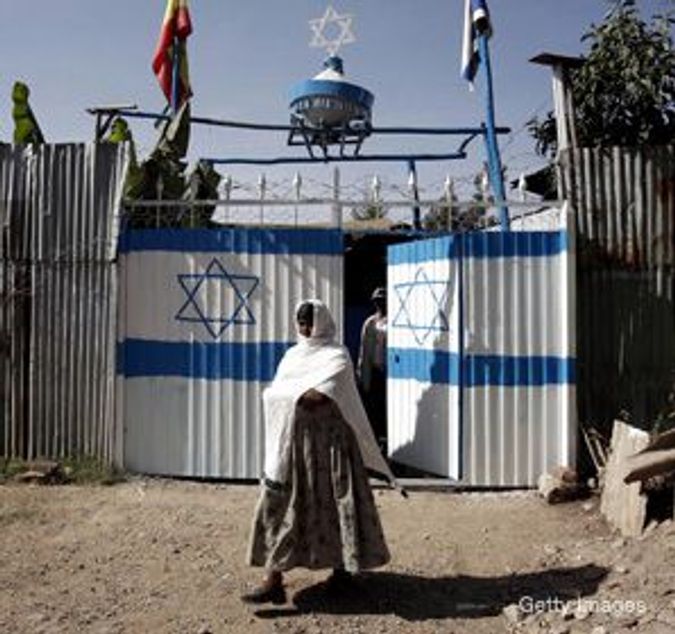 OUT OF AFRICA: The American Jewish Distribution Committee is planning to shutter its famed clinic in Addis Ababa, leaving in limbo the fate of several thousand Falash Mura still living and praying in the Ethiopian capital 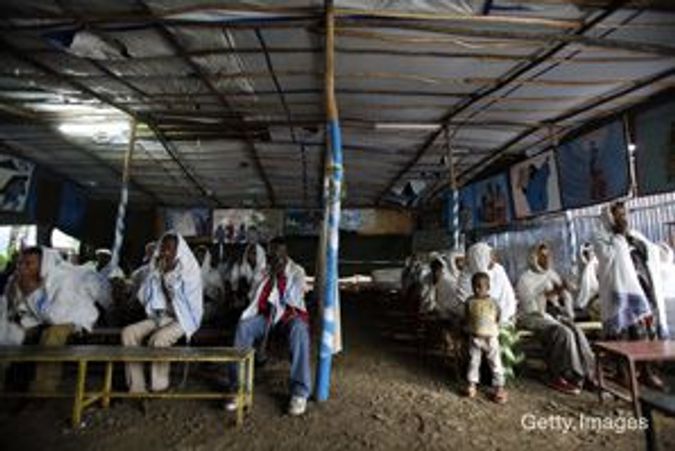 HERE TO STAY: Ethiopians waiting to immigrate to Israel have attended services at a makeshift synagogue in Addis Ababa

The clinic, which was set up in 1990, emerged as the de facto capital of the Jewish encampment in Addis Ababa, where thousands of Ethiopians have lived while waiting for immigration papers to Israel. Just last month, the doctor in charge, Rick Hodes, was declared a “hero” on CNN. But now — even though there are thousands of people still living around the encampment — the organization that runs the clinic, the American Jewish Joint Distribution Committee, is shutting the clinic down.

The move comes after an announcement by the Israeli government, made last week, that it has processed all the Ethiopians it believes are eligible for immigration. Though not related to the government’s announcement, the Joint’s decision to close the clinic throws into limbo the fates of between 1,200 and 2,000 Ethiopians who remain in Addis Ababa. Nearly all came to this camp — which was supposed to be merely a way station — from rural areas, lured by the promise of immigration to Israel. The people in question are Falash Mura, Ethiopians of Jewish heritage whose ancestors had converted to Christianity, but who still claim a link to Judaism. They came to Addis Ababa and another camp in the town of Gondar after the mass migration of the Beta Israel — Ethiopians who had remained Jewish. Though the claims of the Falash Mura to Judaism have been frequently contested, the Israeli government has brought tens of thousands of them to Israel.

But the Joint has argued that the Falash Mura are not Jews and have not expressed an intention to stay and set up a Jewish community, and thus do not fall under the Joint’s definition of its mission.

“We intend to close the clinic in Addis Ababa because it was set up to treat Falash Mura who are eligible to go to Israel, and there are no more,” said Steve Schwager, executive vice president of the Joint. “Everyone who is being served by our clinic is being referred to alternative services offered by the Ethiopian government.”

The Jewish organizations that have cared for the Ethiopians during the middle stage of their journey to Israel are grappling with what to do with those that remain.

“Our commitment is to the Jewish people of Ethiopia and our goal is to stay there to help them until they move to Israel. Now that some are not moving to Israel, we don’t know what will become of them,” said Orlee Guttman, director of operations at the North American Conference on Ethiopian Jewry, or Nacoej. “It’s something that we struggle with.”

The Joint Distribution Committee and Nacoej have each set up encampments to help the Falash Mura while they wait, providing them with humanitarian, religious and educational services. The Joint has set up medical clinics in Gondar and Addis Ababa, as well as some food distribution, while Nacoej has organized distributions of food and Jewish education programs.

The programs were intended to be temporary, to avert a crisis while the Israeli government slowly transported the Falash Mura to Israel. However, it is now clear that not all of the Falash Mura will make that trip. Under a 2003 Cabinet decision, Falash Mura must demonstrate Jewish links through their mother’s side to be deemed eligible to immigrate to Israel. A number of Falash Mura with links on their fathers’ sides have been declared ineligible. Though there are no precise figures for how many have been denied, the situation in Addis Ababa is thought to be mirrored in Gondar.

Nacoej has not operated in Addis Ababa since 2005, when it was forced to cease operations there by the Ethiopian government, but the Joint has stayed in business, running its medical clinic and distributing emergency food rations. Now the Joint is in the process of closing down the clinic and transferring the patients to other medical institutions in Addis Ababa. A Joint official estimated that the clinic would close some time in January. The Joint will provide some food and medicine for needy families for some months after the clinic closes.

The Falash Mura remaining in Addis Ababa still hope to immigrate to Israel, but for now, it appears that they will stay put. Avraham Naguise, director of the Ethiopian advocacy organization South Wing to Zion, said that the community had established a synagogue, but that the reports he heard from visitors to the community were dire.

Naguise argues that Israel should allow the remaining Falash Mura in Addis Ababa to immigrate as well.

Hodes, the star doctor, will remain in Addis Ababa for at least five more years and will oversee the transfer of patients to other facilities, according to Schwager. Hodes will also continue to oversee the medical clinic that the Joint runs in Gondar, where an estimated 5,000 Falash Mura continue to await decisions on their fate.