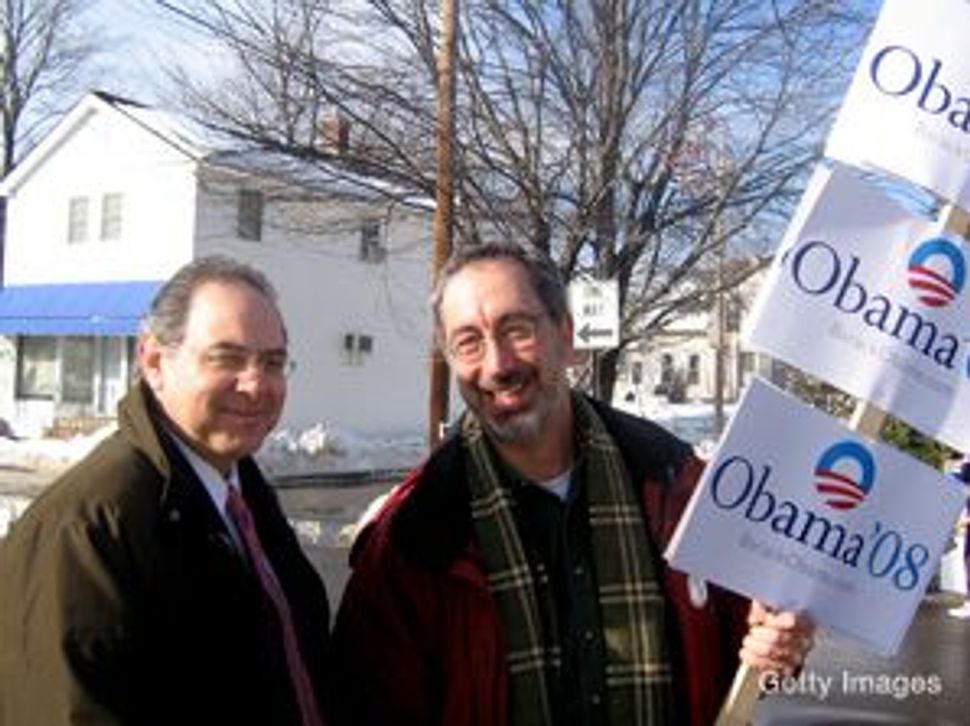 New Hampshire may only have 10,000 Jews, but the state’s primary election had a Jewish stamp on it. 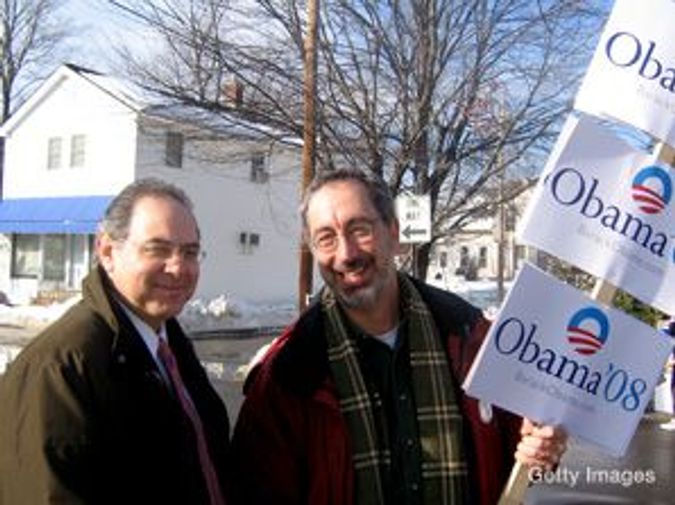 Senator John McCain’s surprising win in the Granite State came just days after he received backing from Joe Lieberman, the Senate’s most famous Jew, while Barack Obama got help from Paul Hodes, one of New Hampshire’s four congressmen — and its only Jewish one.

Despite Obama’s loss — he garnered 36 percent of the vote, trailing Senator Hillary Clinton’s 39 percent — his primary effort served as a particularly noteworthy opportunity for Hodes, who shone under a rare spotlight. As co-chair of the state’s Obama campaign, Hodes found himself all over the airways, playing a role usually filled by much more seasoned politicians.

The approximately 10,000 Jews in New Hampshire amount to less than one percent of the state’s population, and, as voters, they played little substantive role in a primary day with one of the heaviest turnouts in history.

This was acknowledged in the run-up to the election. A political forum held by the community at a Manchester synagogue this week drew only three candidates — Democrats Bill Richardson and Mike Gravel and Republican Duncan Hunter — all of whom received single digit support rates in national and local polls. Obama, Clinton and Rudy Giuliani sent campaign officials to represent them at the Jewish community’s event.

Yet Jewish voters in New Hampshire basked in the VIP treatment afforded in the first primary state. One of them, Alan Cantor, got a chance to personally meet all the Democratic candidates before making his choice.

“[Obama] won me over,” said the 49-year-old non-profit fundraiser from Concord. “I never met anyone so authentic, so bright.”

Hodes clearly feels the same way. And in an election cycle in which most Jewish endorsements on the Democratic side went to Senator Hillary Clinton, the congressman stood out with his early decision to back Obama. Talking to the Forward while greeting voters on primary day, Hodes said he was not impressed by Clinton’s massive support among the Jewish community and lawmakers.

“Sometimes, you need to go past the status-quo and make a choice for a better future,” he said. In speeches in New Hampshire, Hodes referred to Mr. and Mrs. Clinton as “the most powerful status quo machine in American politics.”

On the other side of the aisle, McCain — whose ability to bring in independents contributed to a victory with 37%of the vote — referred often to the endorsement of his Democratic colleague as a sign of his broad appeal. Although Lieberman was not on hand on primary day, he has been a frequent guest on the campaign trail.

Lieberman, a former Democrat, was criticized for crossing partisan lines to support McCain, but also mocked for making what was seen as an unwise political move. Now, with McCain taking New Hampshire and polling strong in other states, Lieberman’s choice is viewed in a different light.

Fred Zeidman, who holds positions as both chair of the Holocaust Memorial Council and the national finance chair of the McCain campaign, stressed the importance of the relationship.

“McCain’s strong support for Israel is confirmed by Lieberman’s support,” said Zeidman, adding that the Connecticut Senator’s endorsement “can only be a positive thing” for Jewish voters.

Hodes, on the other hand, does not see the issue of endorsing a presidential candidate as having to do with his Jewish background or voters. A strong supporter of Israel, he said he would not support a candidate if he had “a shred of doubt” about his or her support for the Jewish state. “[Obama] strongly supports the special friendship between Israel and the United Stated, an issue I care passionately about,” he said.

With reporting by JTA