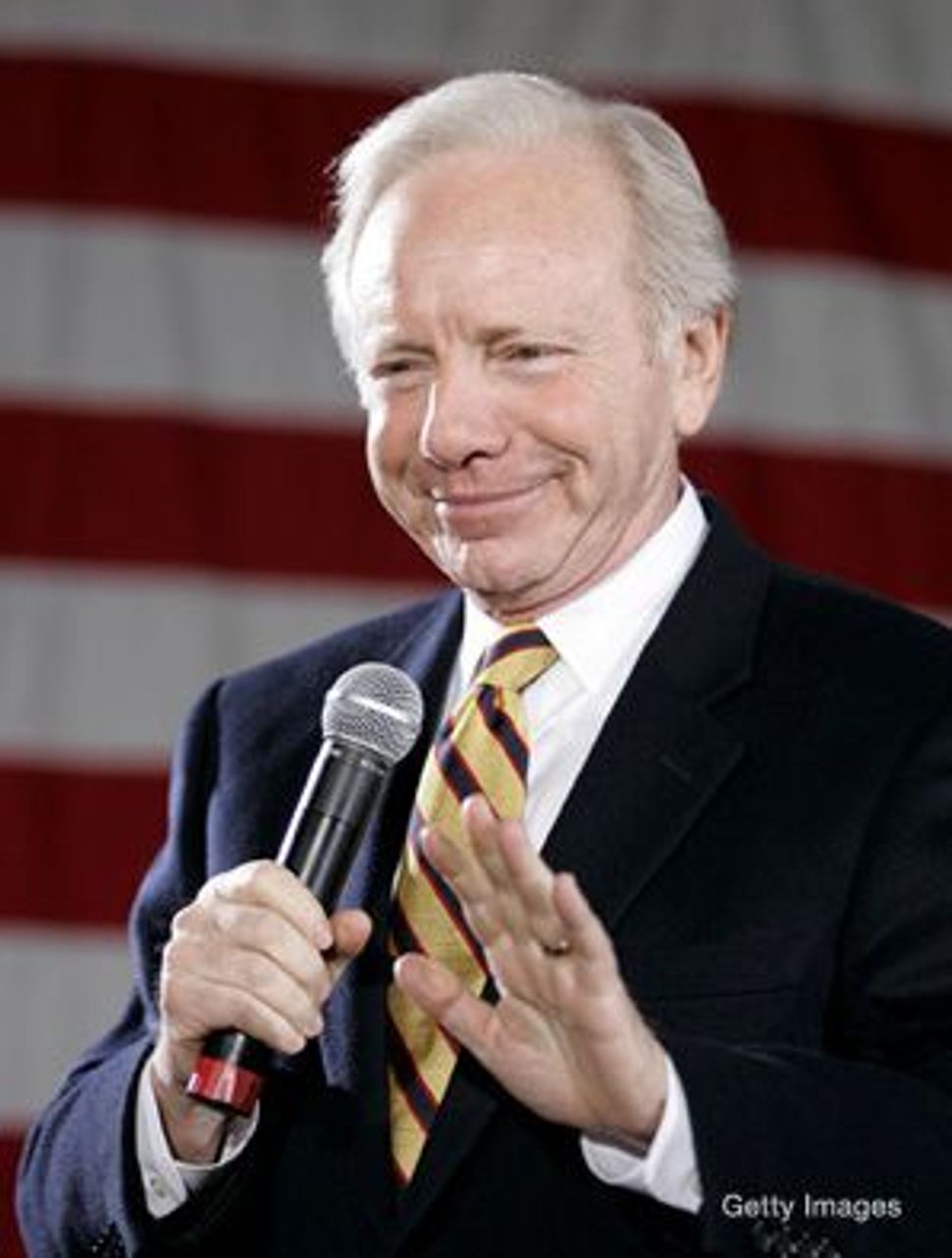 Man Of Faith: Lieberman is expected to help McCain among both Jewish and evangelical voters.

In more than a quarter-century of public life, John McCain has been called a lot of things. But this week, on the cusp of what proved to be a pivotal win in the Florida Republican primary, one of his leading supporters bestowed upon the Arizona senator a new title: “Maccabee.” 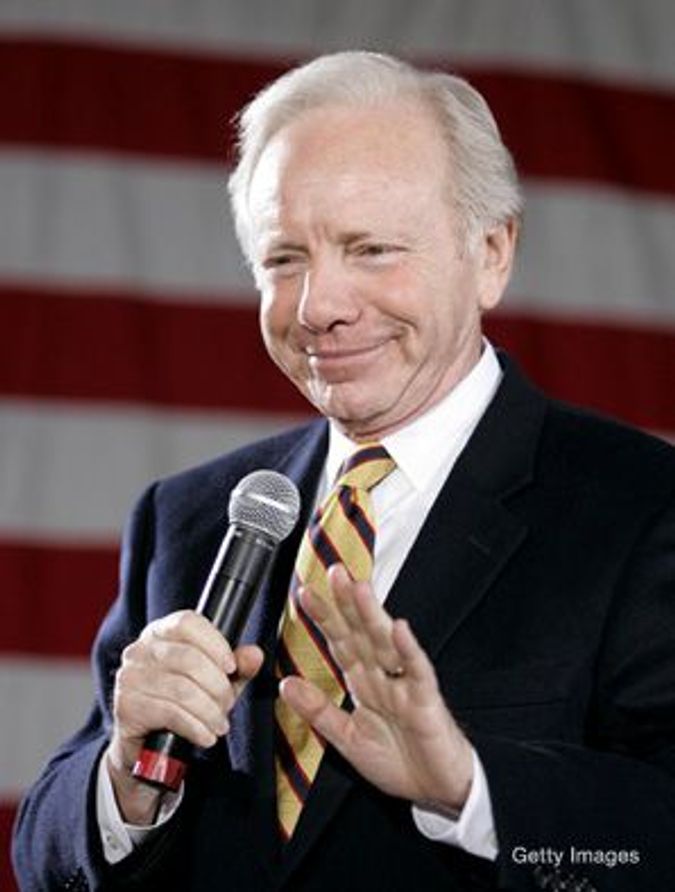 Man Of Faith: Lieberman is expected to help McCain among both Jewish and evangelical voters.

“McCain is definitely part Maccabeean,” Senator Joseph Lieberman said, referring to the band of dissidents whose unlikely victory over the Greeks is commemorated by the Jewish holiday of Hanukkah. “He’s got that spirit.”

Lieberman is certainly a good judge, given his own history with unexpected success — including his decision to endorse McCain last December, before McCain’s campaign had fully rebounded from a near-collapse last summer.

Since then, Lieberman has been one of McCain’s most prominent promoters, lending help by soliciting donations from Connecticut contacts and actively stumping on the campaign trail. Now, after a stretch that has seen wins in New Hampshire, South Carolina and Florida, McCain seems to have bounded to the top of the Republican field and, in the process, catapulted one of America’s most famous Jewish politicians back onto the national stage.

According to observers, Lieberman’s support has been unusually helpful to McCain, giving him a boost with independent voters who contributed to his wins in South Carolina and New Hampshire. In Florida, Lieberman helped give the Arizona senator an edge by turning out Jews, as well as Cuban Americans, in the southern part of the state.

But the real surprise may be yet to come. According to a Lieberman aide who spoke on the condition of anonymity, if McCain wins the nomination, Lieberman is also likely to play a growing role in shoring up what at first blush would not seem to be one of his core constituencies: Christian evangelicals.

“He’s one of those unique campaign surrogates who can travel both in the Jewish community and the Christian community, as well,” the aide said. “I would suspect that as the campaign goes further, Senator Lieberman will probably be active on that front, as well.”

So active, in fact, that speculation has already begun that Lieberman, possibly uninterested in running for a fifth Senate term in 2012, might be rewarded for his support with another shot at the vice presidency, or a Cabinet post in a future McCain administration.

In an interview with the Forward, Lieberman said his decision to support McCain was based on their longstanding relationship and on their history of cooperation on a range of issues, including intervention in Bosnia, action on global warming, the creation of the 9/11 Commission and continued military involvement in Iraq.

“Look, we have been drawn together because we have similar worldviews,” Lieberman told the Forward, adding that they both have the “feeling America has a unique role in the world, of taking the Declaration of Independence seriously. It’s a universal declaration of human rights, and our foreign policy is always better when it’s based on democratic values.”

In 2000, Lieberman, on the ticket with Al Gore, made history as the first Jewish vice presidential nominee. Six years after his and Gore’s famously fraught battle against George W. Bush, Lieberman was again forced into a hotly contested race when he was defeated in the Democratic primary for the Senate seat he had held for 17 years. He won re-election as an independent, without the support of his Democratic colleagues. Although Lieberman still caucuses with the Democrats, ensuring their razor-thin majority in the Senate, his relationship with the party has grown increasingly cold.

“In 2000, he was one of the standard-bearers of the Democratic Party, and now he’s supporting a Republican for president. It’s insane,” said one Democratic strategist who did not want to be named, for fear of antagonizing Lieberman. “Everybody thinks it’s ridiculous or wrong, but nobody wants to say it, because nobody wants him to bolt the party — at least until January.”

By then, it might not matter. In the view of some observers, Lieberman’s endorsement will be well worth the sacrifice.

“It’s a win for him no matter what happens, because it is his way of saying, ‘See, I gotcha,’ to those who abandoned him,” said Hank Sheinkopf, a New York-based Democratic consultant who worked on Bill Clinton’s 1996 re-election campaign.

Moreover, the Connecticut senator has worked to protect his relationships with some of his old Democratic friends. Earlier this month, while he was in Florida, stumping for McCain, Lieberman took time out to visit Mitchell Berger, a prominent Fort Lauderdale lawyer and Democratic fundraiser who was backing John Edwards for president and is now for Obama.

“We shared a conversation, and I told him that I disagreed with what he did,” said Berger, who served as the national finance co-chair for Lieberman’s ill-fated presidential bid in 2004. “But we are 20-odd year friends, and after all these years, Senator Lieberman has stood for good things on all these other issues.” A similar sentiment was expressed by the national chairman of the National Jewish Democratic Council, Miami-based Michael Adler, who served as national co-chair of Senator Joseph Biden’s recently failed presidential bid and is now backing Senator Hillary Clinton.

Now, in his new role as a campaigner for McCain, Lieberman has tapped his base of supporters for a member of the GOP. A fundraising letter, written by Lieberman on behalf of McCain, has gone out to a list of Lieberman’s contacts in Connecticut, according to the Lieberman aide.

In his potential outreach to evangelical Christians, Lieberman could trade on a relationship rooted in a shared concern for the safety of Israel, as well the respect many evangelicals have for Lieberman’s Orthodox Jewish background and for his activism on values issues like violence in the media.

Lieberman is friendly with Richard Land, who is a prominent leader in the Southern Baptist Convention, the largest Protestant denomination in the United States. (Lieberman contributed the foreword to Land’s 2007 book, “The Divided States of America?: What Liberals and Conservatives Are Missing in the God-and-Country Shouting Match.”) Lieberman also has a relationship with San Antonio-based megachurch pastor John Hagee, founder of the grass-roots group Christians United for Israel. In recent years, CUFI has added the voice of the Christian right to the pro-Israel lobby and has raised money for philanthropy in Israel; last summer, Lieberman addressed the group’s annual summit in Washington.

According to Lieberman, the role of ambassador — political or religious — is one in which he’s comfortable. He recalled a trip he took to Israel with McCain in 2006. It fell during Hanukkah, and one night, at a dinner hosted by Israeli Foreign Minister Tzipi Livni, Lieberman found himself lighting the candles and telling the story of the holiday.

McCain “was really fascinated,” Lieberman said. “He was quite taken with the Maccabees.”