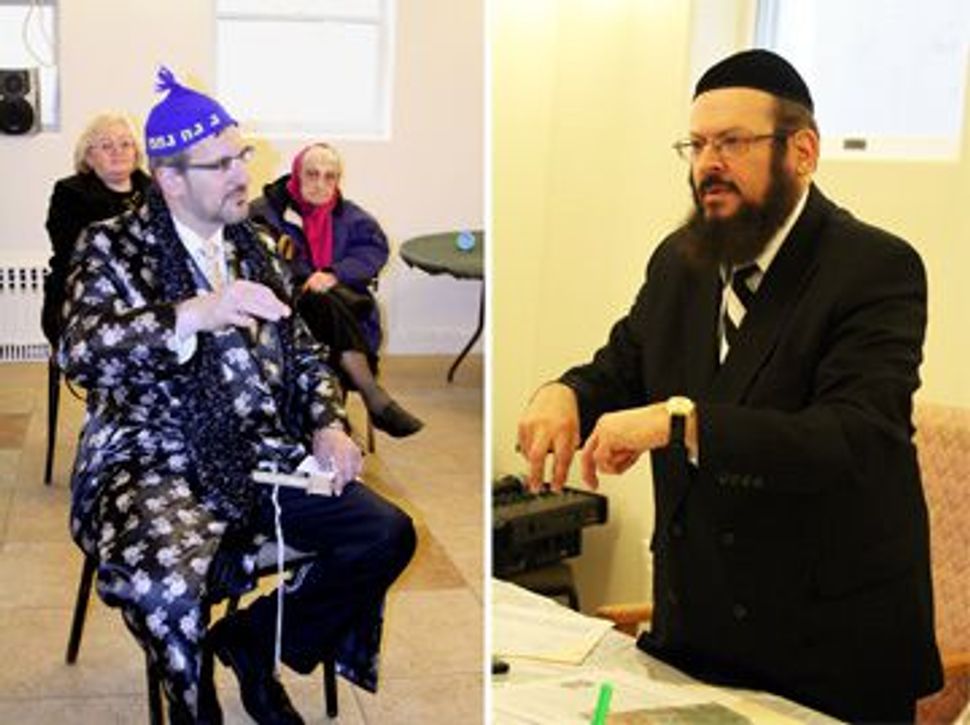 Rabbi Mordechai Yitzchok Friedman doesn’t care if his audience is listening or not — or even if it’s sentient. The video camera, perched on a tripod and recording his every paranoid thought, is on. That’s what matters. 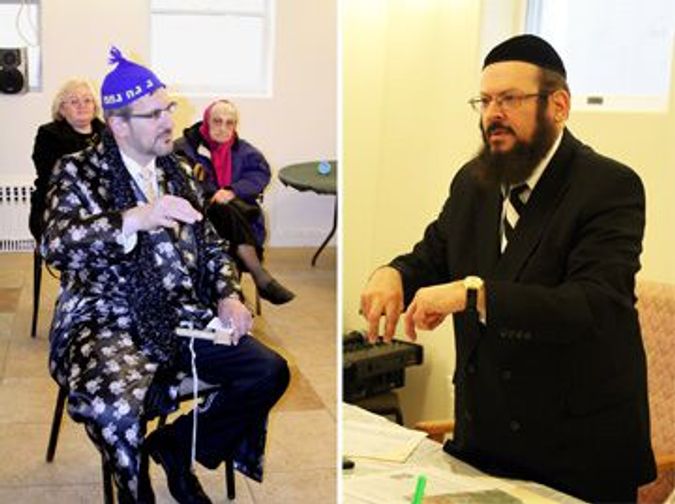 Once he is wound up, Friedman, who has convened this inaugural meeting of what he describes as the “Jewish Tea Party” movement, never deviates from a few central points: Almost everyone is an antisemite, even most of the “so-called Jews” you know; the “Jewish way” to solve Israel’s problems is mass murder; all blacks in America want to see Jews dead; oh, and a revolution must take place in Israel so that it can fulfill its true promise and become a theocracy. It is his unified theory of Jews and their place in the world.

None of this rhetoric is new, of course. Friedman is simply a latter-day Kahane — albeit a significantly less charismatic imitation. But what caught my eye and led me to the basement of a synagogue in the Madison section of Brooklyn on a recent Sunday afternoon, was Friedman’s attempt to link up with the culture at large by claiming to be part of the ubiquitous Tea Party movement. A day after the angry network of right-wing activists celebrated the year anniversary of their first protests, Friedman held what he called the “founding convention” of the Jewish Tea Party. He even handed out membership cards. The event took place on Purim, but this was no joke.

The unheated, yellow-walled basement of the Madison Jewish Community Center was filled with a strong smell of baking cholent; a soup kitchen is run from the building. Friedman, who is also president of the American Board of Rabbis (a much less official organization than it sounds — basically a microphone for Friedman), also has a show on Queens public access television, and he had set himself behind a long table stacked with fliers.

When I arrived, there were about 12 people. The group never exceeded 15. One man, who told me his name was Heshy, wore a Purim costume — or what I believed to be a costume: a black-and-white caftan and a blue beanie that had the words “Na Nach Nachma Nachman Meuman,” the mantra of a quirky Hasidic sect, printed across the top in Hebrew A woman came with her Ukrainian Holocaust survivor mother, whose head was wrapped tight in a shawl.

Once Friedman set up the camera, he began enumerating the reasons why Jews should be storming the White House. To start, Obama had insulted the memory of the Holocaust in his Cairo speech, Friedman said, the kind of denigration that could come only “from a someone who grew up in his formative years as a Muslim.” Since “all of Islam is fascism,” there is no reason to try to listen to this Muslim president who demands that Israel negotiate with the Palestinians, he said.

“Is everyone aware of what he did last week?” he asked. “He insulted every Jew in the world.”

The rabbi was referring to the administration’s condemnation of Israeli Prime Minister Benjamin Netanyahu for his designation of two religious sites in the West Bank as Israeli landmarks. This brought Friedman to a discussion of “the witch,” Hillary Rodham Clinton. Friedman said he had placed a “hex” on her. Why else would she have slipped and broken her elbow? “Curses of rabbis do come to fruition,” he warned.

But Friedman’s diatribe took an even more extreme turn, if that were possible, when he began describing what he thought was the racial dynamic at work in Obama’s administration. All black people, he said, hate white America. But rather than turn against the majority, they prefer to scapegoat a minority: the Jews.

“When Obama’s ancestors were swinging from the trees in Africa, ours were kings and prophets,” Friedman said — one of his many racist apercus.

It seemed the only politician who Friedman didn’t consider an antisemite was — surprise, surprise — Sarah Palin. He had arrived at this conclusion because he had heard that she had an Israeli flag in her office when she was governor of Alaska.

As small as the room was, the group seemed worked up, nodding and yelling out. One man said that “normal life” was in peril. “Obama is destroying everything.”

Apart from his anti-Obama rhetoric and his strange embrace of Palin, it’s hard to see what Friedman had in common with the various Tea Party manifestos blooming around the country. There was no cry against the increasing role of the federal government, a regular refrain of the tea partiers. Friedman did say something about how elderly people are going to be stripped of their health care coverage — but there was nothing else about the big debate roiling Washington.

But inasmuch as the new movement has become a receptacle for rage of all sorts, Friedman fits right in. His racism might be more pronounced, and his violence more articulated, but his platform is one of anger, which seems to be the common denominator among all the other protesters.

There was something laughable, almost pathetic, about this attempt to jump on the swerving bandwagon of the tea partiers — some of whom, it should be said, would not be happy to have Jews on board (but that’s another story). But this didn’t take away from how chilling it was to hear such delusional and violent views coming out of the mouth of a man who calls himself a rabbi.

“Judaism’s answer to antisemitism is, ‘Murder first he who comes to murder you,’” Friedman loudly proclaimed in that echo chamber of a basement. “That’s the Jewish way of doing things. That’s Judaism.”