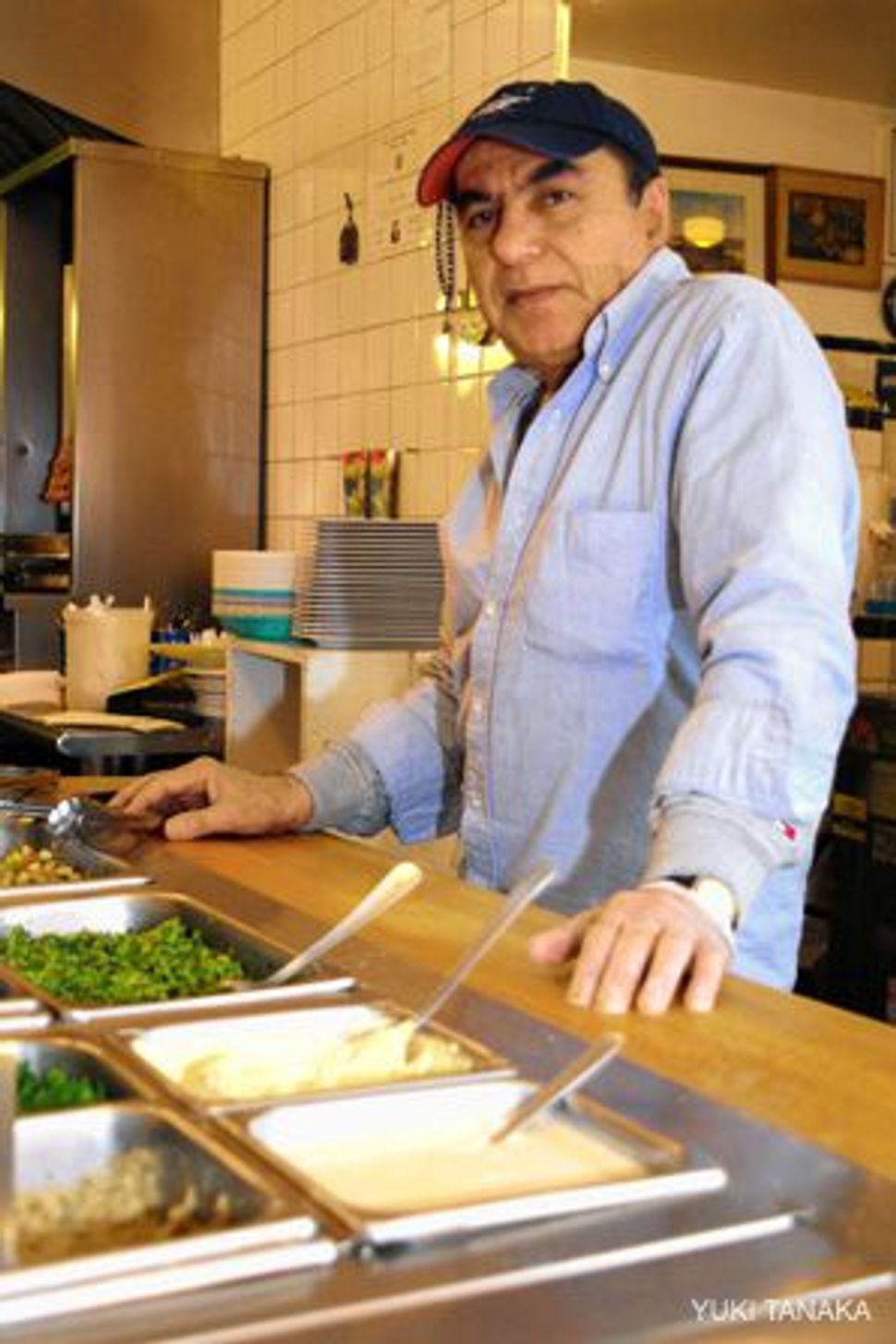 On November 2, 1995, NBC aired the 116th episode of “Seinfeld,” titled “The Soup Nazi.” It featured a brilliant but moody chef known for his transcendent lobster bisque and his less-than-warm personality. Since then, fans of the show have deployed the title as something of a term of endearment for their own local culinary wizards: The Pasta Nazi of Irvine, Calif.; the Bagel Nazi of Cincinnati; the Sushi Nazi of Los Angeles, and, here in New York City, Ezra Cohen, the Falafel Nazi. 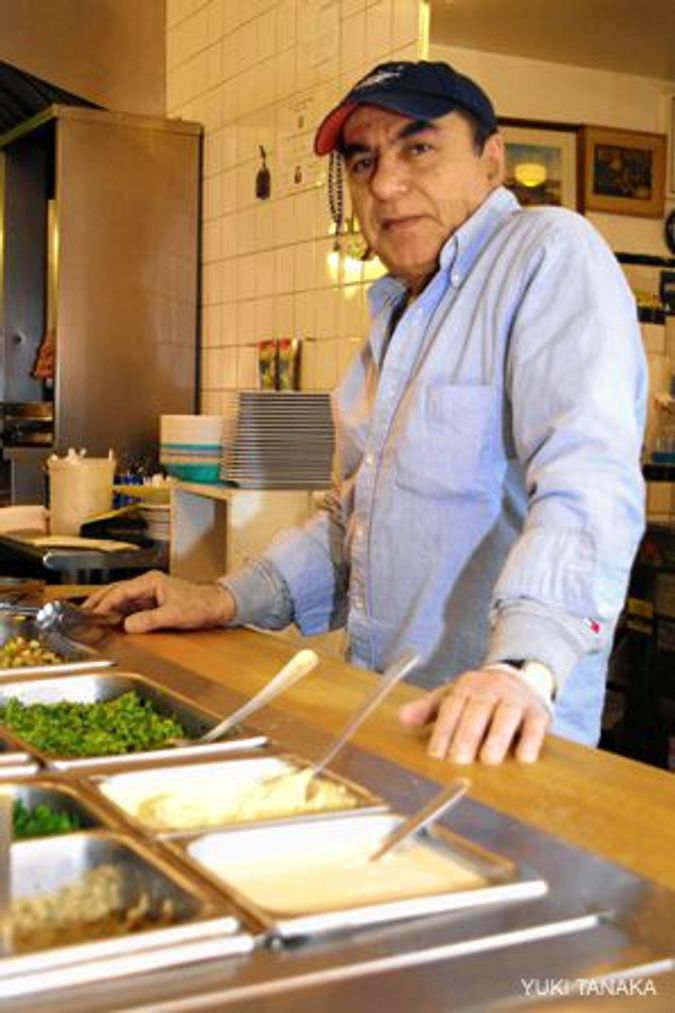 For nearly two decades, Cohen has stood behind the counter at Azuri Cafe, his cramped, nearly atmosphere-less restaurant on West 51st Street, rolling and squashing a mixture of chickpeas and spices into what just may be the city’s best falafel.

Cohen is 60 years old with deep olive skin and a boyish face topped with a close-cropped plume of graying hair. He grew up in Jerusalem, where he hovered in the kitchen, watching his mother mold her own falafel for the family. In 1971 he moved to New York, where he quickly got into business for himself, opening first a car dealership and then a thrift shop. One day, 17 years ago, he opened Azuri Cafe on the end of a quiet block in Midtown West.

“I didn’t know what to do,” he said the other day, reminiscing about his early days in the kitchen when he and his wife, Jackie, experimented with what recipes they could remember. “I didn’t even know how to make a sandwich,” he said.

So they started playing around with spices, visiting Arab groceries and sampling falafel across the city. Back then, friends and customers would offer advice, and Cohen would constantly tweak his version of such Israeli standards as falafel and shawarma, making 500 falafel balls a day. For the chicken kebabs, he settled on a marinade of fresh fruits, soaking the meat for a day in peaches and apricots. As Cohen perfected his falafel blend, so, too, grew his certainty. “After a while, you don’t want to listen to anybody,” he said.

It didn’t take long for the fame of Cohen’s cooking to spread. The small café was regularly packed for the lunchtime rush, and as the legend of his falafel grew, so did the stories of his personality. In a review from April 1999, a writer for The New York Times said that Azuri “is not the most stylish place around. It’s not the friendliest, either.” Cohen doesn’t take much issue with the characterization. He remembers the night when the Times reviewer stopped by. “It was packed, totally crazy, so I started to yell, ‘Be quiet!’” he said. “I can’t be nice all the time.”

Perhaps not, but the falafel that comes out of Azuri’s open kitchen is remarkably consistent, with a light golden crust and a toothsome interior of chickpeas and spices, all covered in a pile of baba ghanoj, tabbouleh salad, and a lemony mixture of tomatoes and onions, finished with a slice of tart pickle. “When you taste the food,” the Times wrote in that same review, “you’ll see where the gruff owner, Ezra Cohen, puts his energy.” It is, according to an Israeli couple that was hovering over a platter of falafel and chicken shawarma one afternoon, “better than in Tel Aviv.”

I finished my overstuffed falafel sandwich and went up to talk with Cohen behind the counter. I asked him, my voice couched in fearful jest, if this is this really the best falafel in the city?

“Well, have you tried other people’s falafel?”

“I take one bite and throw it away.”

We shared a laugh. I was convinced. Perhaps then, in a moment of magnanimity, he might be willing to share his falafel recipe with the readers of the Forward? Maybe Cohen is familiar with how that episode of “Seinfeld” ends, with the Soup Nazi forced to close shop after his secret book of recipes is accidentally spread around town, or maybe he’s just rightfully protective. “Well,” he said, as what looked like a covert smile started to creep across his face, “I don’t need to tell you everything, now do I?”

Joshua Yaffa writes about food for the Forward.