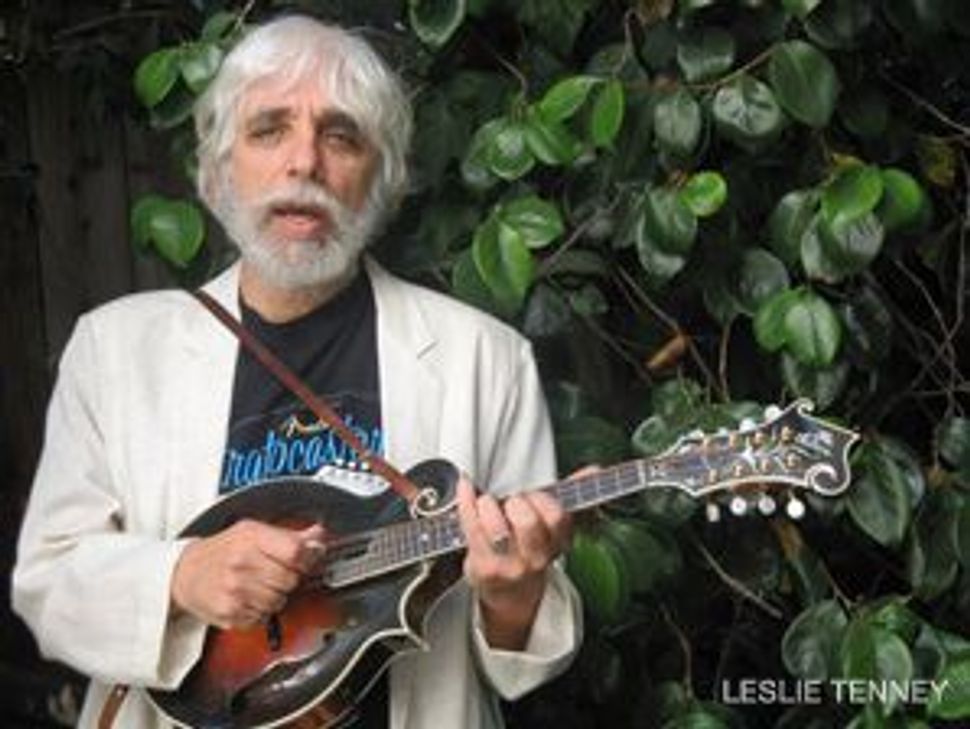 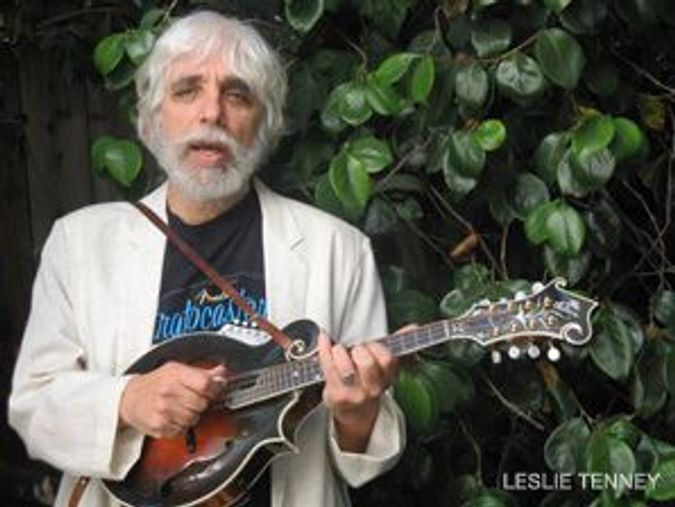 Sound familiar? Perhaps not in Yiddish, but in English: “I see a red door and I want it painted black….” Yes, the Rolling Stones classic is only the latest to which Tenney, 66, has turned his attention. When the California-based musician put his Yiddish version of The Beatles’ “A Hard Day’s Night” — “Shvereh Togidikeh Nacht” — up on his band’s Web site, it wasn’t long before he was hearing feedback from around the world.

Tenney earned this international acclaim about 20 years after he had recorded the song with such friends as renowned Berkeley fiddler Suzy Thompson and guitarist Harry Yaglijian, the latter best known to many in the San Francisco Bay Area as the founder of the beloved Original Kasper’s Hot Dogs. “I think the Internet gave it a big splash,” Tenney said.

Someone even dubbed the track over old footage of The Beatles in concert and posted it to the video-sharing Web Site YouTube; at last glance, more than 133,715 people had seen it.

But no matter: Acclaim is acclaim, and Tenney figured that if he’s to realize his dream of performing on “Late Show With David Letterman,” he’d better expand his Yiddish-rock repertoire. “We’ve got a plan, now that it’s got this buzz about it, to get some more of it going,” he said.

He has most of “Yellow Submarine” (“Gele Submarine”) worked out, he’s fine-tuning “Paint It Black,” and he’s working with a more Yiddish-fluent friend on a few tunes.

“I’m not a Yiddish speaker from birth, I’m just getting pretty good at it,” Tenney said, noting that he reads the Forverts. “The thing about translating is if you know a language, you can basically translate, but if you have to rhyme, it becomes difficult.”

Meanwhile, the Bronx native continues a musical career that has spanned decades.

Tenney’s life has followed his music, starting in the Bronx in the mid-1960s and then moving to Manhattan’s Lower East Side, then to the West Side in the late ’60s, out to Brooklyn’s Crown Heights in the early ’70s, and then up to Woodstock, N.Y. From there, he moved to Oakland, Calif., in 1981.

“I felt I’d kind of gone through, at that point, the different musical experiences that were happening in Woodstock in the ’70s — and I hated the winter,” he said.

The klezmer revival that had begun in the ’70s was still in full swing, but Tenney had never played much klezmer; in New York he had been playing kids’ music, folk and bluegrass, and some of his own compositions; however, he had learned some Yiddish songs from his parents and grandparents. Drawn west by the Bay Area’s vibrant acoustic music scene, he quickly fell in with the crowd at Berkeley’s famed La Peña Cultural Center.

“My to-be wife was singing Balkan and Yiddish music with an old friend of mine from New York who I’d sung with in the ’60s,” Tenney recalled. “I joined their group and we started to do some Yiddish stuff, and then all the klezmer stuff started to bubble up.”

Today he’s the children’s program director of KlezCalifornia, a not-for-profit charity he helped found in 2003 to celebrate klezmer music and Yiddish culture in the Bay Area. KlezCalifornia co-founder and president Julie Egger — a violinist with her own klezmer band, the Red Hot Chachkas — called Tenney “very passionate about Yiddish culture and klezmer music,” yet “an easygoing guy and very easy to work with, always dependable when committing to some project.”

So he continues playing at local festivals and venues, and continues seeking the wedding and bar mitzvah gigs that have become California Klezmer’s bread and butter. Both his wife, Leslie, who is an artist, musician and photographer, and his son, Noah, 16 — “a major Beatles fan” who plays the glockenspiel in his high-school marching band — have performed and recorded with him.

And, humming Beatles tunes under his breath, he waits for Letterman’s call.